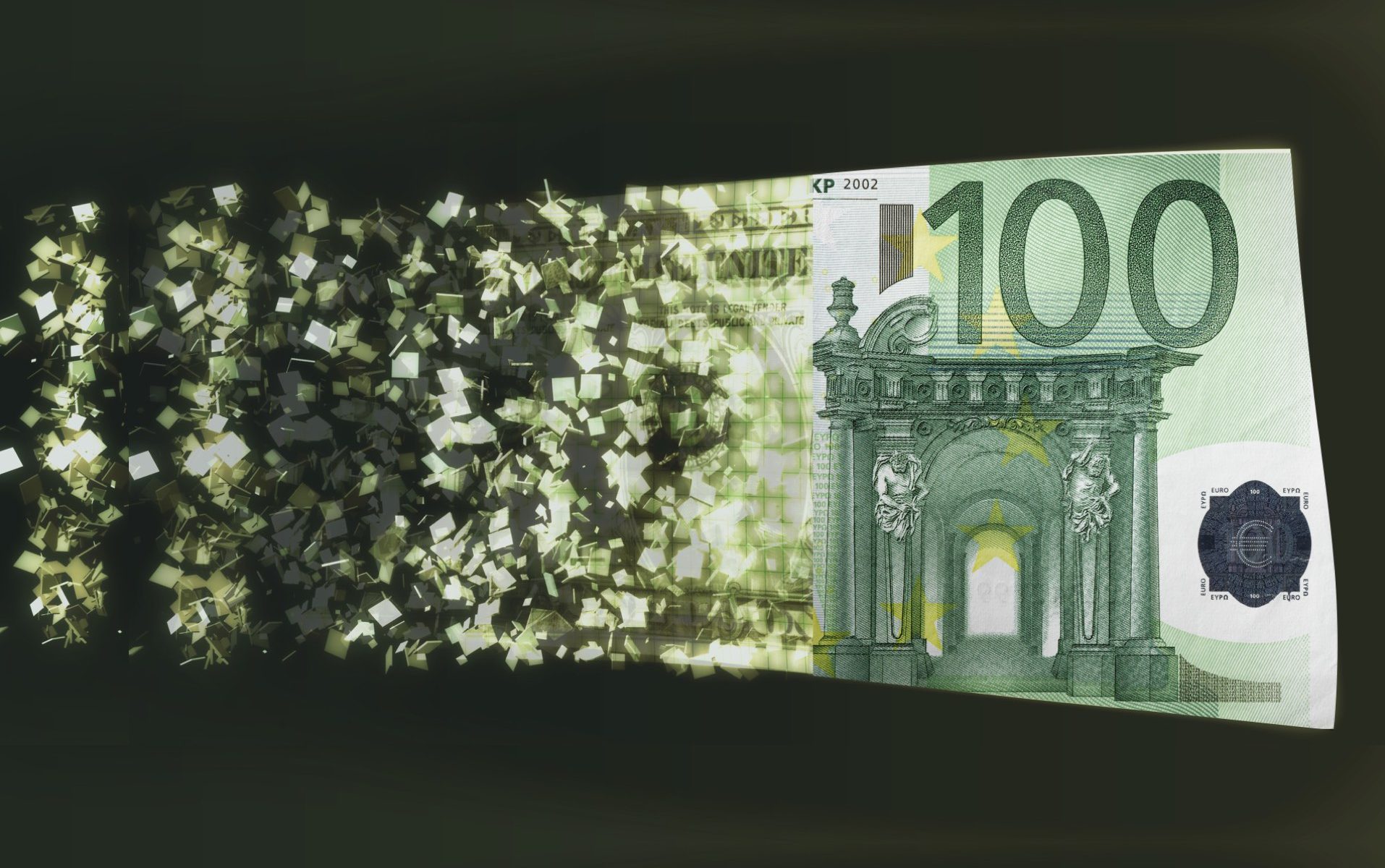 Physical money has been around for thousands of years, but there’s no certainty it will survive the next decade. The growth of digital payments has put its future in jeopardy – but is the demise of cash really imminent?

Despite occasional alarmist predictions, it’s clear that the end of physical money is not around the corner. In November 2018, a study by the European Central Bank found that around 80% of households’ transactions across the eurozone are still conducted in cash.

However, there are marked differences from country to country. A group of pioneers, including Finland, the Netherlands and the UK, are significantly ahead of most of their peers in the adoption of electronic payments, which now account for around half of transactions. The stand-out leader is Sweden, where only around 13% of payments in stores are made in cash.

Sweden’s Riksbank believes a cashless society is imaginable in little more than a decade. Deputy governor Cecilia Skingsley has said: “If you extrapolate current trends, the last note will have been handed back to the Riksbank by 2030.”

This echoes a broader global trend. Digital payments are forecast to grow on average by 12.7% per year worldwide up to 2021. Emerging markets, particularly in Asia, lead the way in using digital payments as a means to boost financial inclusion, enabling the ‘unbanked’ to participate in the financial system.

Regulators and policy-makers see the importance of encouraging the shift to electronic payments. Eurozone members have established the Single Euro Payments Area, which aims to harmonise standards between countries for instant payments and is predicted to prompt faster growth in Europe than other regions.

The EU has been a benchmark for regulators across the globe in its requirement for traditional banks to put in place application programming interfaces to enable nimble financial technology firms to offer innovative digital-based services to the banks’ customers.

The trend may appear inexorable, but various barriers remain on the road to a cashless society. First, it relies on the energy network, and any power network disruption would leave cash as the sole payment option. Electronic payments are also vulnerable to system failures on the part of providers that could affect people’s ability to buy and sell goods.

There have already been incidents illustrating these problems. In June 2018, Visa experienced a system failure that left cardholders across the EU unable to make payments as back-up measures proved inadequate. For that reason, cash is unlikely to disappear altogether, even if it gradually becomes more of a contingency measure than an everyday means of payment.

There are also significant concerns about the vulnerability of electronic payment systems to criminals, terrorists or hostile governments. Planners are considering whether it would be possible to hold a nation hostage through its payments systems, despite the control systems governments are putting in place.

However, an alternative argument says that the use of cash itself benefits criminal networks. EU central banks are in the process of phasing out €500 banknotes because large-denomination notes are seen as more useful for tax evasion and money laundering than in legitimate transactions. Harvard academic Peter Sands says they make perpetrators of large-scale criminal transactions less conspicuous than if they needed large quantities of smaller-denomination notes.

For businesses, managing payments electronically is not only more efficient and cheaper, but makes them less vulnerable to the risk of attack entailed by holding cash on their premises.

For businesses, managing payments electronically is not only more efficient and cheaper, but makes them less vulnerable to the risk of attack entailed by holding cash on their premises. That’s also a benefit for individuals, although it’s offset by the argument that certain segments of society, notably the elderly, are more vulnerable to physical attack because they are disproportionately more likely to carry cash.

The existence of cash is also potentially an obstacle to the ECB’s current monetary policy, which involves charging commercial banks negative interest rates on their deposits in order to encourage them to lend out rather than conserve money.

While few banks are passing on the negative rates to retail customers, were they to do so, clients would be tempted to circumvent the charges by holding more money in the form of cash rather than in bank accounts. In a completely cashless society, central bank policy-makers would enjoy more leverage to push individuals into consumer spending or toward more risky forms of investment such as company shares – although it’s not clear that governments, let alone voters, would be comfortable about such a scenario.

However, ECB executive committee member Yves Mersch argues that negative interest rates have had the desired effect without triggering a flight to cash, especially when combined with bond purchases, the issuing of cheap credit to banks and forward guidance on interest rate policy.

The major problem with a cashless society, according to Mersch, is that most people don’t want it – at least not in Europe, where the public’s commitment to cash remains strong, according to an ECB survey from 2018. And while some advocates see cashless payments as a driver of financial inclusion, sceptics fear the exclusion of vulnerable members of society who lack the technical knowledge or confidence to cope with a cashless world.

Physical money has its limitations – it can be lost, stolen or inadvertently put through the washing machine – but for many people, it still represents reassurance and security. For some, physical money is also a symbol of freedom against “Big Brother”. While some countries are already squeezing cash out of its central role in society, it seems unlikely that anyone will be handing the last euro to the ECB any time soon.

Physical money has its limitations – it can be lost, stolen or inadvertently put through the washing machine – but for many people, it still represents reassurance and security.