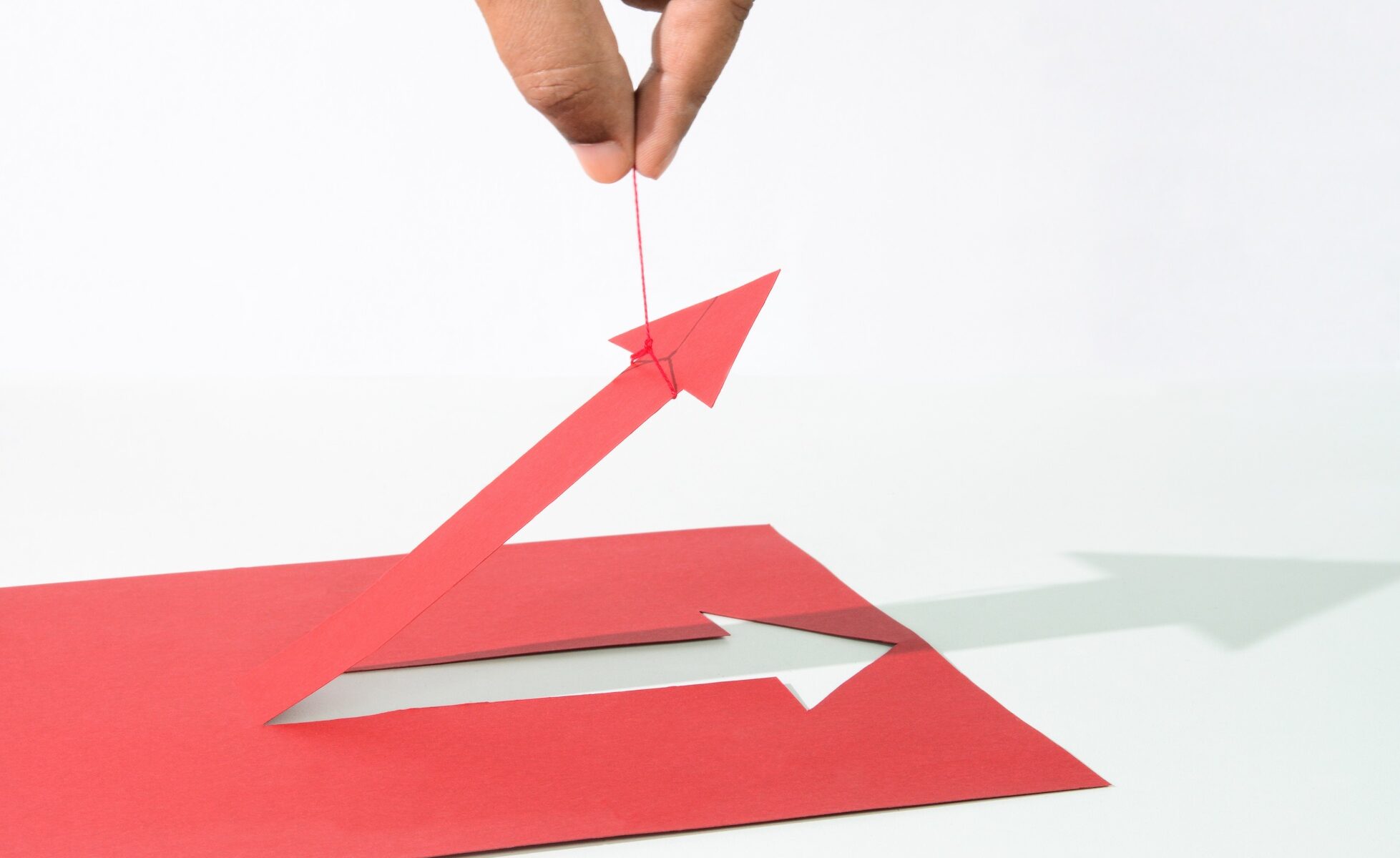 The past decade in the global economy has been characterised as the ‘Great Stability’, a period of low interest rates and inflation, with steady and predictable economic growth. This stability has been reflected in financial markets: with bonds and equities rising, it has been a relatively easy environment in which to grow your investments. This period of stability seems to have come to a close, with the wind of easy money on financial markets being over

The end of the pandemic and reopening of global economies brought significant supply disruption, which in turn saw inflation start to emerge. This was accelerated by the war in Ukraine. The price of oil soared from $20 a barrel in April 2020 to around $120 two years later. Other commodity prices have also risen sharply – the wheat price doubled over the same period, while industrial metals have also seen significant price rises.

Inflation has taken money out of people’s pockets, leaving households and companies with less to spend, or to invest, opening up the prospect of a global recession. Even more alarming is the prospect of so-called stagflation – a combination of anaemic economic growth and high inflation last seen in the 1970s – for which individuals, governments and companies are ill-prepared.

Higher inflation has prompted central banks to raise interest rates from the historic low levels at which they have been anchored for much of the past decade. The world has grown used to minimal borrowing costs: households have paid little interest on housing and consumer loans, while businesses have also been able to borrow cheaply, creating a beneficial climate for investment; the US corporate bond market reached a record $10.5 trillion in 2021. But a rise in the cost of borrowing puts a squeeze on economic activity – and also on governments, which have borrowed huge amounts to support their populations and economies through the pandemic.

In investment terms, the ‘Great Stability’ provided an incredibly easy environment in which to invest, especially in stock markets. Investors were able to make some money almost wherever they chose to invest, across sectors, regions and asset classes.

A climate of rising interest rates and higher inflation requires greater thought. There is no foolproof way to protect a portfolio against inflation. Often, by the time prices are rising, the cost of the more obvious inflation hedges, such as inflation-linked bonds, or shares in energy companies, has already risen.

However, a useful rule is to own assets whose income stream can rise in tandem with prices, whether through companies’ dividends or commercial property rents. It is also worth avoiding investments that deliver fixed cash flows such as most of the bond market, because ongoing inflation makes the static interest rate yield less valuable. Historically, stock market investments have provided better protection against rising inflation than bonds.

It is a complex environment in which doing nothing – holding cash – is painful, but investment in financial assets is more risky because of market volatility.

While rising inflation tends to be bad for existing bonds, there are nuances. The value of higher-quality bonds, such as those issued by developed market governments and blue-chip corporate groups, is likely to be influenced primarily by inflation expectations and rising rates.

However, with higher-yielding bonds from lower-rated corporate issuers or emerging market government debt, more of the risk for investors stems from assessment of the creditworthiness of the issuer.

Inflation-linked government bonds should, on the face of it, provide protection for investors – but their price is linked to inflation expectations rather than the actual rate of increase in the cost of living. Investors looking for protection against inflation should be wary about what is already priced in. Inflation-linked bonds won’t provide significant benefit if inflation is already high and expected to go higher.

True to form, commodities have provided significant protection so far in the latest bout of inflation. Commodity prices have risen as a result of a mix of factors, including high demand stemming from the economic rebound after Covid-19, shortages due to supply chain disruption, and the knock-on effects of war in Ukraine.

Government programmes to boost green infrastructure and mobility have significantly increased demand for materials such as copper and lithium, also pushing up prices. Mining and energy companies have performed well even while stock markets as a whole have struggled. Agricultural commodities may also perform well amid growing concern about the risk of global food shortages.

Gold is traditionally seen as a hedge against inflation, but it is not always particularly reliable.

Gold is traditionally seen as a hedge against inflation, but it is not always particularly reliable. In fact, the precious metal tends to move more in line with real (inflation-adjusted) interest rates, rising when they are negative and falling as they rise. However, it could perform well in a stagflationary environment if investors lose confidence in other asset classes. In a nutshell, gold is not so much useful for inflation hedging but well for structural diversifier.

In an inflationary environment, cash today has more appeal than cash tomorrow. This has favoured value stocks – generally established companies with steady and predictable demand for their products and services that in many cases pay high dividends.

Technology companies, particularly those that are not yet profitable or with a speculative element to their valuation, have fallen from favour. Above all, investors have sought out companies with pricing power, which allows them to pass on rises in their own costs to their ultimate customers.

Other asset classes worth considering include real estate and infrastructure that offer inflation-adjusted income streams. Landlords of commercial property may be able to raise rents for business tenants, which would protect the income stream to some extent.

However, it has to be the right type of property. Some areas of the market are facing structural problems, such as city-centre retail facilities and parts of the office sector for which the long-term impact of working from home has yet to be fully measured. Infrastructure assets often have inflation protection built into construction and operating contracts for facilities such as schools, hospitals, toll roads or pipelines.

The quest for quality

In good markets, investors value growth. In bad markets, investors focus on survival. In the latter, there is no panacea, and investors may have to put up with the pain in the short term. However, volatility creates opportunities and stock market valuations have dipped after years of growth. It is an environment that demands robust analysis, but good quality companies, with low debt, strong business models, and uniqueness of product shelf (scarcity value) can thrive even against a backdrop of rising inflation.

Investors can also help themselves by observing some sound investment practice. Investing regularly in the market enables them to buy at a variety of price points, smoothing out return on investment over time. They should try not to be swayed by market noise – panicking as markets fall, or trying opportunistically to spot bargains amid the gloom. It is better to have a strategy and stick to it.

The more volatile environment will change the type of assets that do well and those that will struggle. It is undoubtedly a more complex environment to navigate, and more demanding for investors than much of the past decade, but opportunities should continue to appear.

Even more alarming is the prospected of stagflation – a mix of anaemic economic growth and high inflation– for which individuals, governments and companies are ill-prepared.