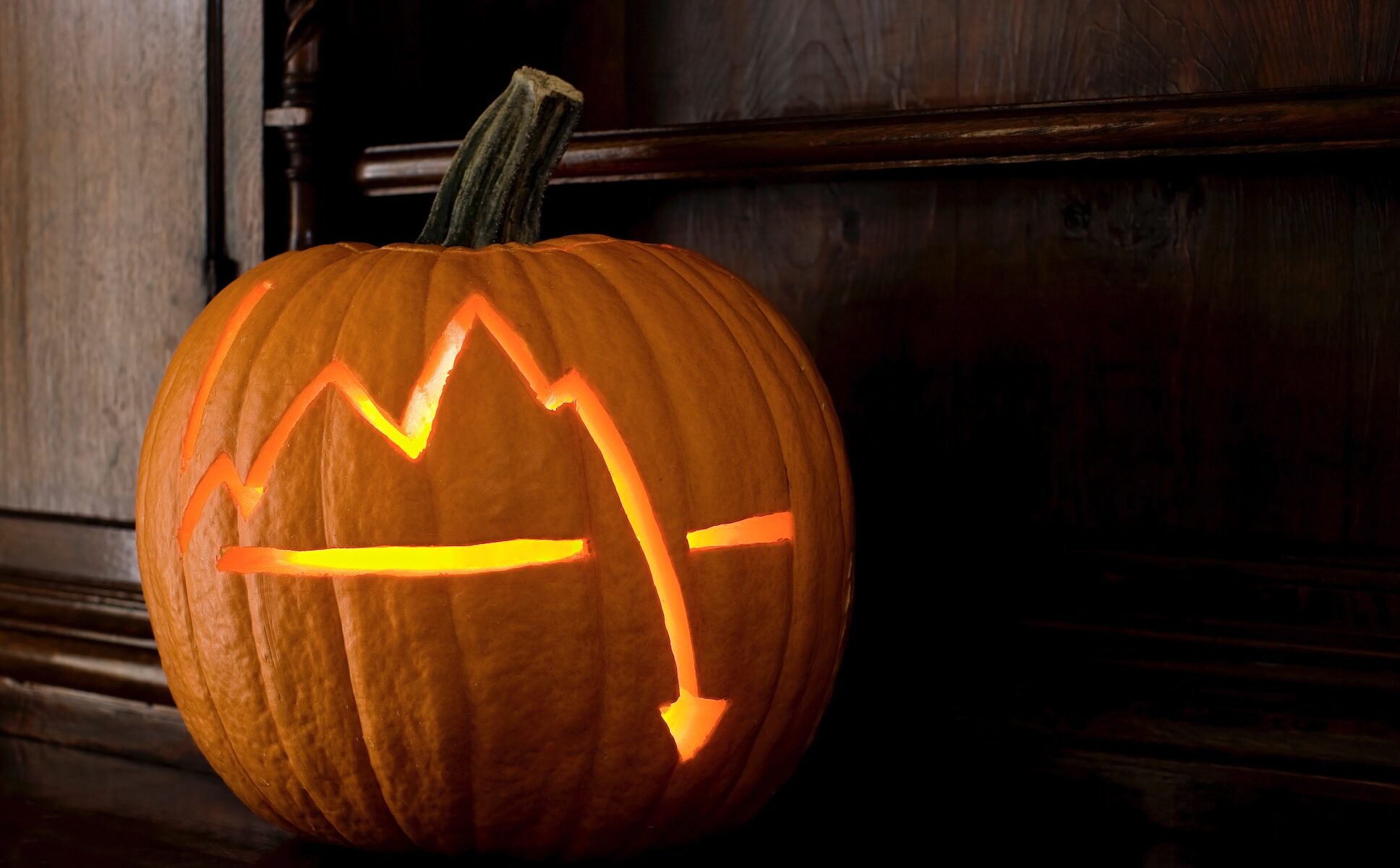 October was always going to be a tricky, volatile month on markets and as the end neared, it seemed everything was turning to pumpkins and mice on equity markets which had one of their worst weeks since March.

It was the final month in the run up to the US elections on November 3rd. It was the month containing the self-imposed deadline for the EU and the UK to reach a Brexit deal, which at the time of writing, was still overdue. At the same time, coronavirus cases continued to soar and many countries once again found themselves imposing new restrictions such as curfews and closures. There was no treat in the form of a much-anticipated fiscal stimulus deal in the US.

Much of the volatility seen at the latter end of the month was attributable to the imminent US elections on November 3rd, in which Joe Biden was tipped to take victory, even if his lead in polls had narrowed as of late. During the month, markets warmed to the idea of a “blue wave” in which the Democrats take both the White House and the Senate (they already have a majority in the House of Representatives which they are likely to hold on to). At first glance, this is counterintuitive. Normally the Republican glass slipper fits perfectly on Wall Street (tax cuts, deregulation…). However, this time around, a Democratic Sweep is seen as the path of least resistance towards a new, substantial fiscal stimulus package, without which, the economic recovery could stall with millions of Americans and American businesses falling off an income cliff.

With many Americans told that they shall not go to the polling stations, as postal voting is seen as safer amidst the pandemic, it may take some time for the election results to be counted, verified and announced. As regional results roll in, it could even appear that one candidate has taken the Oval Office, only for them to be usurped at the last minute. The worst case scenario would be a disputed election. Trump has already criticised postal voting and if he refuses to accept the results, things could spiral into a constitutional crisis. For this reason, expected volatility has risen, and is predicted to persist for longer after the elections than has been historically observed. Ultimately, investors should bare in mind that the economic cycle is much more important for asset class movements than the composition of the US government.

Ultimately, investors should bare in mind that the economic cycle is much more important for asset class movements than the composition of the US government.

We prefer to focus on fundamentals which are starting to show true signs of economic recovery, primarily in China where the virus is under control and where domestic activity has almost normalised, but also in the US where retail sales have returned to pre-Covid levels and where capex looks set to rise. Furthermore, the ongoing Q3 earnings season is so far not as spooky as some feared, with 84% of firms on the S&P 500 which have reported delivering a positive surprise. Albeit, we should not overlook the fact that valuations are demanding and we may need some kind of Fairy Godmother of growth to appear soon if investors are not to be disappointed.

Alternatively we may see the “Blue Prince” Biden arrive with a handsome fiscals stimulus package – if this happens, the hopes and wishes that are baked into equity prices may just come true. But there is a clause: Longer term, the US will have to learn to live with its new happily ever after, which of course will feature the two ugly sisters (cumbersome twin deficits)…

Like everything in financial markets – it’s all relative. This October wasn’t so scary. Especially for those of us who still have souvenirs in our memory of October 19th 1987, aka Black Monday.