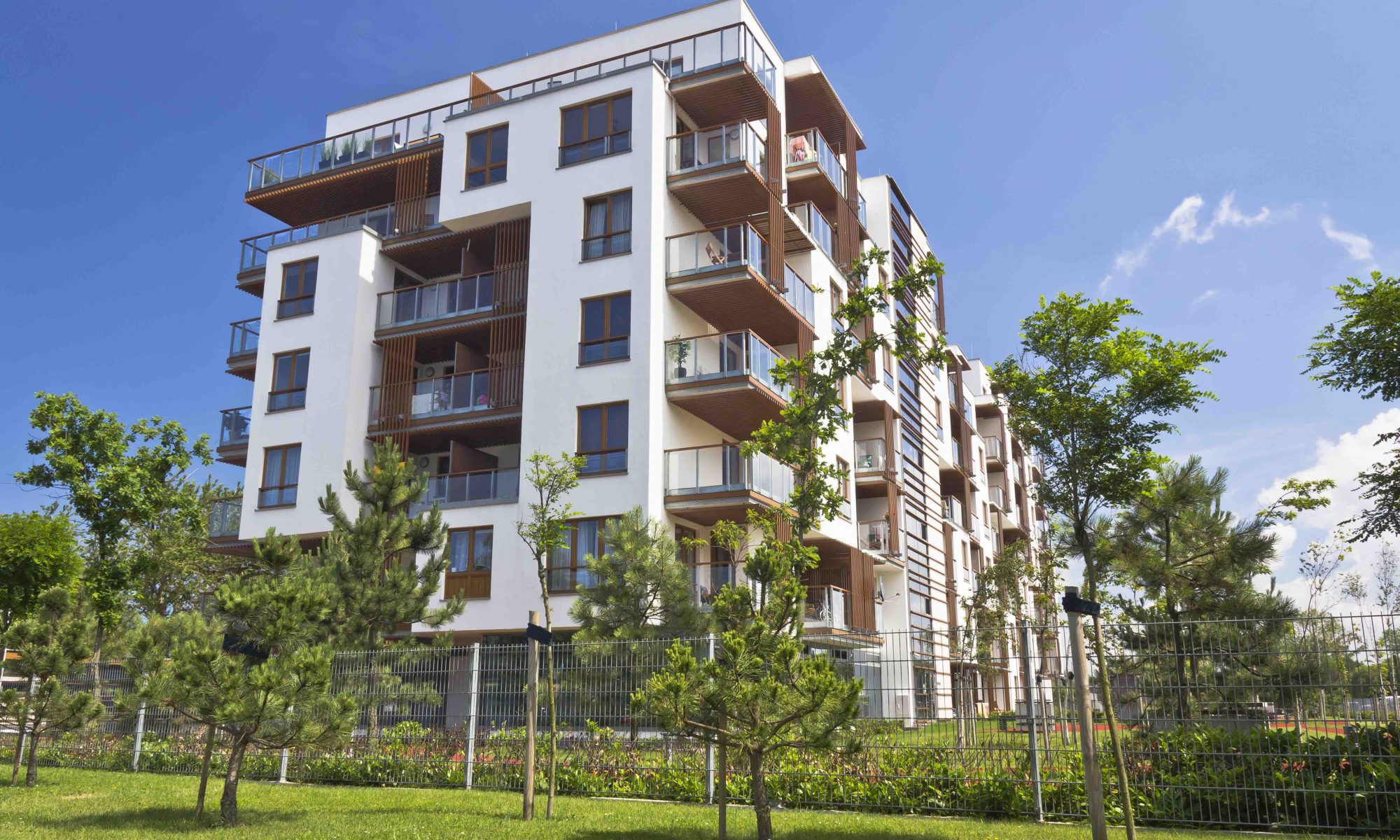 With the surge in land and individual house prices in Luxembourg, the appeal for grouped housing has been growing. It is more common than ever to buy co-owned property. More affordable buying prices, shared fixed costs, someone to take care of time-consuming tasks and building works: there are many advantages to choosing a co-ownership… but also a few constraints that you should be aware of before signing.

What is “co-ownership” exactly? It is defined by Luxembourgish law as “all buildings or group of buildings where the ownership is shared between several owners, by lots including exclusive property as well as a share of the common areas”. A building is a co-ownership as soon as a minimum of two people own private property and share common areas to the said building.

Are you thinking about buying a property in a co-ownership? Many specificities and rules should be known beforehand. But first, lets see how a co-ownership works.

The “millièmes”, the co-ownership measuring unit

The “millièmes” is probably the most important concept to understand. A co-ownership is comprised of private property, for the exclusive use of each owner, and common areas that are co-owned. Each co-owner has a share of these common areas, measured using the “millième” unit. These are used to calculate the participation of each co-owner concerning the maintenance, administration and service costs of the building. It also determines the voting power of each owner during the general assemblies.

The distribution of the “millièmes” is fixed by the co-ownership regulations and indicated in the division description. The distribution of the shares is therefore very hard to modify, and cannot usually be negotiated by the buyer. The calculation is based on the weight of each lot’s surface, as well as its nature. A 50% cap is set to avoid the possibility of a single co-owner having a majority of the voting rights.

The decisions concerning the co-ownership are made during the general assembly.

We can distinguish two types of assemblies:

Each co-owner holds a voting power defined by the co-ownernship “millièmes”.

Decisions in relation to the co-ownership are submitted for voting. Each co-owner holds a voting power defined by the co-ownernship “millièmes”. Though presence is not mandatory, a quorum must be respected in order for the deliberation to be considered valid. Should this quorum not be reached, a second assembly is convened. Careful: it is important to note that, to make decision-making easier, the quorum decreases between each assembly. Therefore, not voting will not be enough to block a decision – you must be present to enforce your opinion and your rights.

The “syndic”, the property management body

The main function of the “syndic” is to take care of the administration and maintenance tasks for the co-ownership (enforce the regulations, keep the list of co-owners up to date, enforce assembly decisions …).

If the major decisions are usually made by the co-owners during the general assemblies, the “syndic” can complete small tasks related to the maintenance and the refurbishment of the common areas without the need to vote. Very exceptionally, if a critical situation arises in the building and that there is an urgent need for action to ensure everyone’s security, the “syndic” can also make a decision without waiting for a general assembly vote.

Is a co-ownership for you?

Before rushing and buying property in a co-owned building, it is important to find out if this type of housing is for you.

The bigger the co-ownership, the more your voting power will be diluted.

Are you the type of person that likes to decide everything for yourself, or can you accept collegial decisions? The majority of decisions, especially concerning the common areas (materials, colours, finish quality…) will be made by the “syndic” and voted during the general assemblies. This can cause some frustration, since your decisional power in the process will be limited to your voting shares, meaning you have no guarantee that your preferences will be voted. Also, the bigger the co-ownership, the more your voting power will be diluted.

Do you need absolute calm or do you appreciate the proximity of several neighbours? Choosing a co-ownership is choosing to live in a community. You need to respect the co-ownership regulations, as they are a form of contract. These regulations not only state your rights, but also your obligations and prohibited acts. This can for example be the ban of pets in the co-ownership.

Now that we have gone over the possible disadvantages, you should also know there are many advantages to a co-ownership. Financially, all the costs and common investments are distributed between several people. Everyday life is also simplified, since all the minor tasks, renovation works and up keeping is managed by the “syndic” – as long as one of the co-owners informs them.

Now that you know the ins and outs of a co-ownership, and that you are sure that it is made for you, here is some advice before buying your future flat !

First of all, take the time to read the details of the co-ownership regulations, as well as all the general assembly reports. They will reveal some useful information, such as the history of the building damages, recurring problems, but also the voting tendency. You will be able to figure out if the co-owners are concerned with their building, or if on the contrary they are more concerned about minimising costs.

Also, check to see if major expenses are planned in the close future (roofing, electricity, etc.) These expenses, even limited to your voting shares, could have a significant impact on your personal budget. Careful about any recently voted expenses, as they could be owed by the buyer and not the seller. The cut-off date is not the general assembly vote, but rather the expense notification from the “syndic” to the owner.

The “syndic” will always notify the notary of the balance of expenses, who will deduct the remaining charges from the seller’s sale proceeds.

However, if the seller is late on his co-ownership charges, no need to worry. The “syndic” will always notify the notary of the balance of expenses, who will deduct the remaining charges from the seller’s sale proceeds. This ensures a peaceful start to your new co-ownership life.

Want to know more? Take a look at the brochure (French) published by the Luxembourgish Consumer Union (ULC).