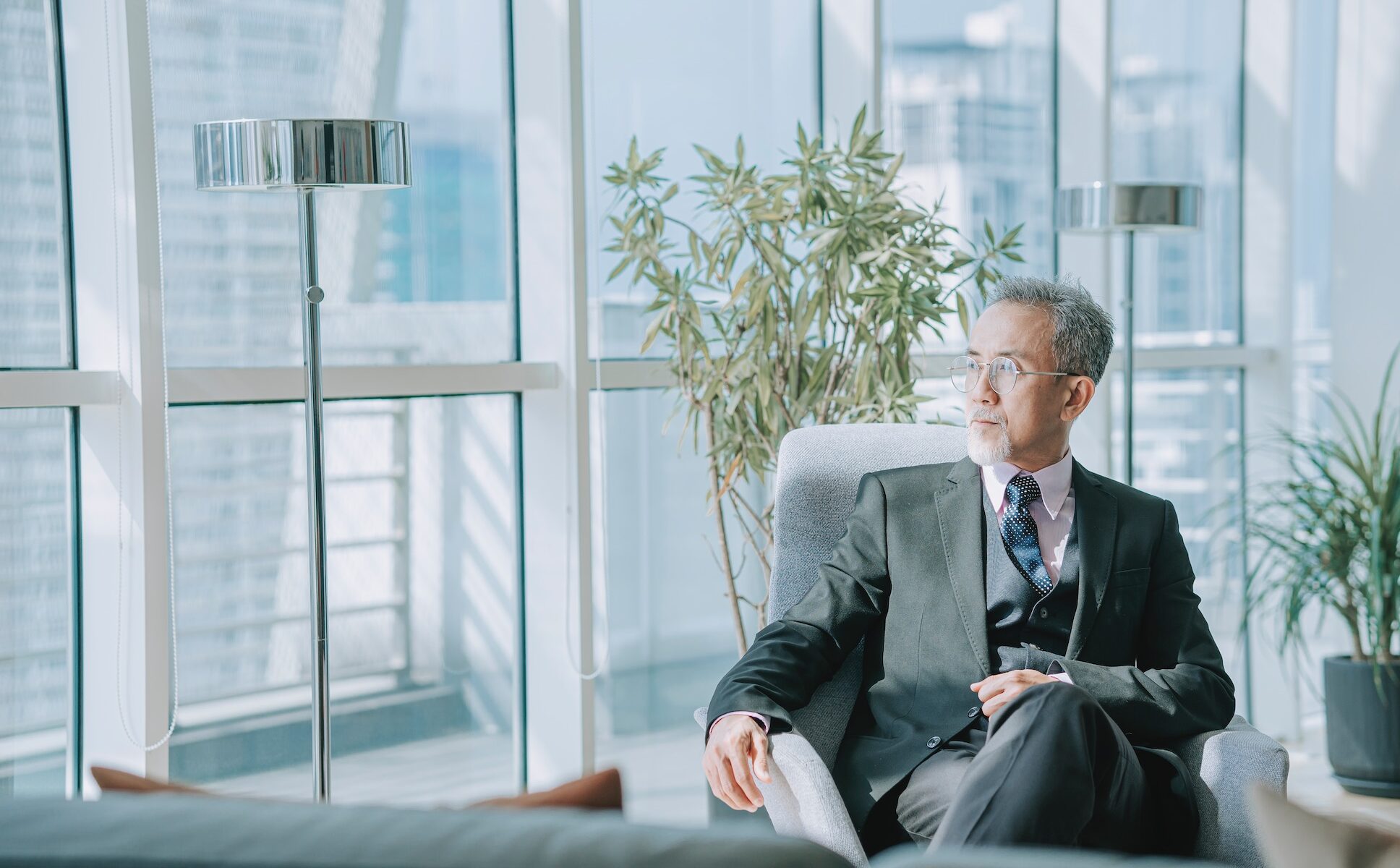 Behind many great businesses is a talented and unique individual that has built a business with vision and skill. Apple has its Steve Jobs, Amazon its Jeff Bezos, Tesla its Elon Musk. However, individuals with the imagination and determination to build a business may not be the people best equipped to upscale and professionalise it. Or the founder may simply want a change from the exhausting task of creating a business from scratch.

Mostly, though – unless their departure from the helm is not of their own choosing, as with Jobs’ first incarnation at Apple – founders are looking to step back from direct operational involvement, rather than make a clean break. But how straightforward is it to make the transition from hands-on leader to a non-executive role?

Turning over day-to-day executive responsibilities to external managers, or even other family members, can be extremely difficult, whether at a multinational group or a more modest business. Not only is the founder likely to have strong ideas about how the business should be run, they may also retain a strong financial interest in the company that makes it difficult to relinquish control. They need to tread a fine line that enables them to continue to contribute to the company’s success without treading on the toes of their successors.

The first task is an honest appraisal of when the founder’s time is up.

Timing the moment to step back

The first task is an honest appraisal of when the founder’s time is up. Does the business still need the passion and inspiration of a founder, or does it face a different set of challenges? The micro-management vital to the early stages of a company’s development may become an obstruction to efficient administration as the company grows. The founder may have no appetite for building the large internal structures that enable a business to run smoothly, but once the business reaches a certain size, these structures are vital.

A long-standing business may also need to modernise to meet a fresh set of challenges. A smart CEO recognises that there will be points in the business lifecycle where change is necessary and that they may not be the person to lead that process. Do they have the skills required in new areas such as social media, e-commerce or digital technology?

There is another consideration: building a business is hard, exhausting work. Founders are responsible for everything and tend to work very long hours, with little time to switch off or take holidays. After the hard yards have been done, many will want to reappraise, reconnect with their family and take time out.

Founders who retook the helm

Many founders have faced this decision. Bezos announced in July 2021 that he would step down as CEO of Amazon, which he spent 27 years building from a back-of-a-garage online bookseller to one of the largest companies in the world.

In his new position as executive chairman, Bezos is focusing on new products and early-stage initiatives. Bill Gates at Microsoft, Jack Ma at Alibaba and Sergey Brin at Google have all had to take a similar decision.

It is undoubtedly a hard transition. There are many examples of founders that have relinquished control only to find that they do not like the way their company is being run and seized control once again.

Ma re-asserted control at his businesses when he grew discontented with the job his successors were doing. Forced out in 1985, Jobs was brought back in 1997 through the purchase of his new venture, software firm NeXT, when Apple was close to bankruptcy.

The first priority for founders facing this situation should be to pick the right successor – and the temptation they need to resist is to recruit in their own image.

The first priority for founders facing this situation should be to pick the right successor – and the temptation they need to resist is to recruit in their own image. While the right candidate will need to demonstrate the same dynamism and commitment, they may need different skills.

Many founders have strong technical capabilities, which helped them spot the opportunity in the first place, but their successor will need greater business and managerial skills. The incoming CEO will also need diplomacy to smooth over the transition, while understanding how to move the business forward. The identity of the right person may depend on the point in the business’s lifecycle that they are to take over.

It is important to set clear parameters for the outgoing CEO’s involvement. Will they provide ‘wise counsel’? Inevitably, they have better knowledge about the business – will they share that generously, rather than snipe from the sidelines?

Limiting involvement to innovation and strategic planning, as Bezos has done, can be a solution, offering a good outlet for their talents and creativity. But in all cases, they need to avoid getting involved in the day-to-day minutiae of the business. Setting clear parameters for the new role can make that easier.

There is plenty of advice on how to be a helpful non-executive director. In a recent report, executive recruitment firm Korn Ferry notes that they must possess a breadth and depth of executive experience, retain their independence and ask challenging and at times difficult questions on behalf of the company’s shareholders. They must possess strong interpersonal and communication skills, Korn Ferry says, be ready to listen but also to speak up when it’s needed.

An important aspect that an outgoing CEO needs to keep in mind is that as a board member, they now have a responsibility to represent all of a company’s shareholders, not just those with an active involvement in the running of the company. Setting clear definitions of success for the new CEO should reduce the risk of founders interfering simply because they have a personal perception that the management team is getting it wrong.

There’s no doubt that with the best will in the world, this is always likely to be a complex and emotionally challenging transition. However, setting clear parameters on both sides can make it easier to discuss problems as they arise and give everyone a clear framework within which to build new relationships.

Founders need to tread a fine line that enables them to continue to contribute to the company’s success without treading on the toes of their successors.