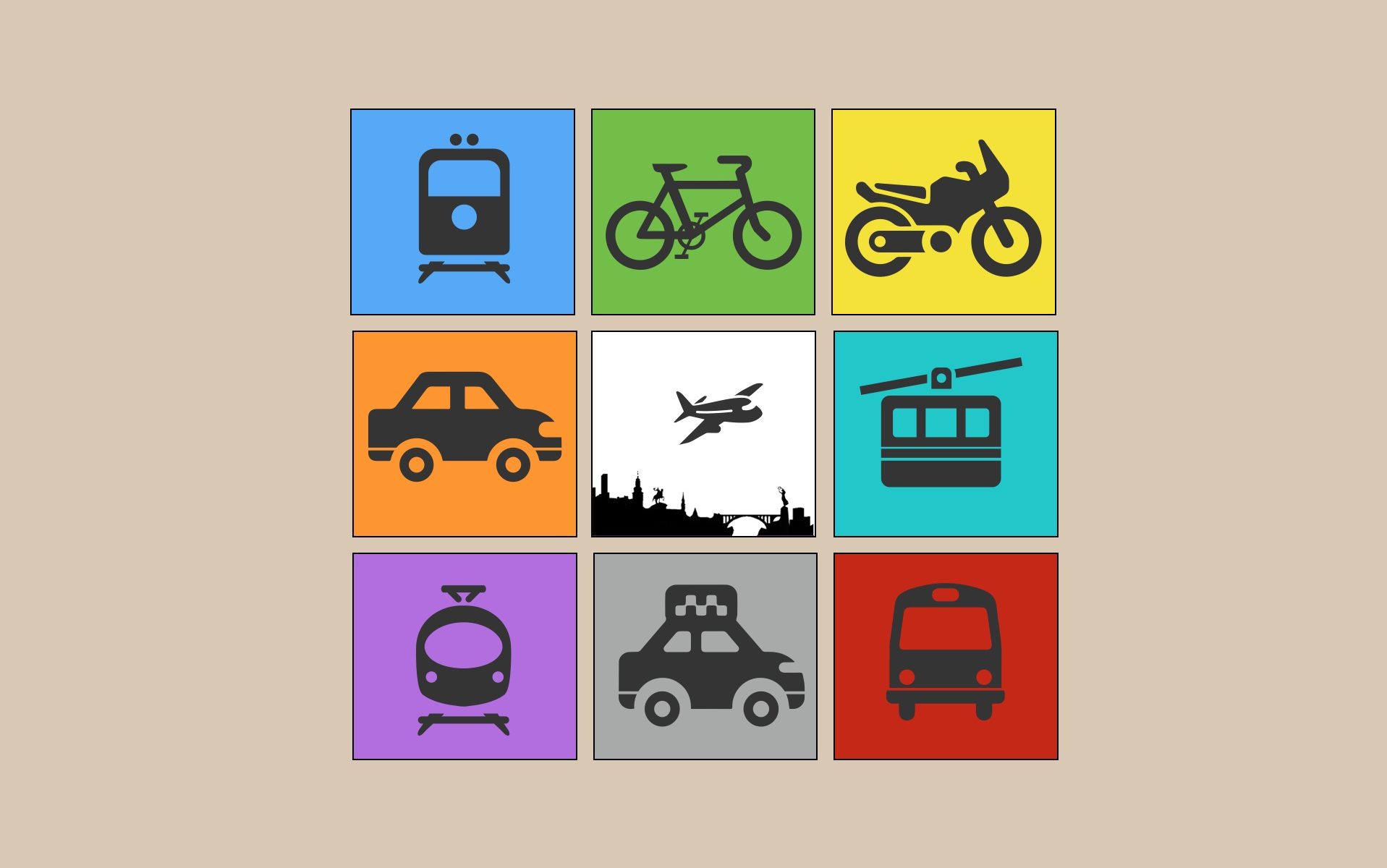 Luxembourg has a higher number of cars per capita than any other country in Europe. And that’s not all – tens of thousands of vehicles also cross into the Grand Duchy every day, increasing traffic on the outskirts of the capital and in the south of the country in particular. The government is pulling out all the stops to unclog a road network that is totally congested at rush hour. In this article, myLIFE will explore the key changes that will affect how we all get around, including on public transport.

Owing to its population distribution, the north of the country doesn’t have optimal coverage in terms of public transport, despite a few train lines and a whole host of bus routes passing through. Timetables are limited and services are infrequent and patchy, so we suggest that you plan your journey carefully if you’re travelling to one of the region’s hard-to-reach districts.

Home to considerably more people, the south of the country and the capital in particular benefit not only from a far more extensive public transport network, but also from a number of recent improvements to services. Before we take a look at the most important of these, let’s start with two measures that will affect the whole country.

All public transport in the country will be free from 1 March 2020.

The announcement that dominated the national news headlines and made Luxembourg the focus of international attention in late 2018 will soon be a done deal: all public transport in the country will be free from 1 March 2020. Luxembourg will thus become the first country in Europe to adopt this measure, which will have societal and environmental benefits and affect buses, trams and trains.

There are two important caveats, though: passengers will still have to pay to travel first class on Luxembourg trains and charges will apply for cross-border services. The good news for people who cross the border every day is that the price of their season ticket should theoretically go down. This is because charges will only apply for the section of the journey in the country of departure. As soon as they cross into Luxembourg, travel will be free.

In May 2018, the Luxembourg government launched a carpooling website called CoPilote you can use for journeys within the country or if you fancy a trip to the other side of the border. Like existing apps in neighbouring countries, CoPilote is a digital platform that puts you into contact with drivers travelling to the same destination so you can claim one of the free spaces in their vehicle. Everyone’s a winner: the driver receives a payment, you enjoy a relatively cheap journey and the planet breathes a sigh of relief.

The strength of this service – aside from the low fares – is that it groups people travelling to the same destination together, thereby freeing up space on congested roads around the country. Many cross-border workers who travel to Luxembourg from France, Belgium or Germany every day drive alone.

CFL also offers Flex, a car-sharing solution across the country. The principle is simple: once registered, you can book by Internet, mobile app or phone one of the vehicles available in one of the 30 existing stations in Luxembourg. As far as expenses are concerned, you only pay during the booking period as well as per kilometre driven.

Like other major European capitals including Paris, Berlin and London, Luxembourg City has a bicycle scheme. Whether you’re going to work or just fancy an outing, bicycles are an ideal way to get around: fun, green and even good for your health. Over 100 docking stations mean that the city and its outskirts are yours to explore on two wheels.

Borrowing a bike is a breeze. Simply pick the plan that best suits your usage pattern: daily (with a subscription), short-term tickets (no commitment) and even business.

Each bike was recently fitted with an electrical motor with a range of 30 to 40 kilometres.

Each bike was recently fitted with an electrical motor with a range of 30 to 40 kilometres. It’s perfect if you run out of steam or need to get up a hill. The new bikes are also lighter, more comfortable and offer three gears – and of course, the saddle is adjustable.

More information on this service can be found on the city website. There is also an app to download to your mobile that you can use to locate docking stations, check bike availability and borrow bikes. To reiterate, other cities offer similar services. For example, the Vël’Ok service covers the major towns in the south of the country. Nordstad is looking for solutions in this regard after the City Mov’ service came to an end in late 2018.

There are no ski slopes in Luxembourg just yet, but a funicular railway has operated in the capital since 10 December 2017. You can now travel “by air” up to the Kirchberg plateau from the Pfaffenthal-Kirchberg station. You can climb 38 metres on one of two 200-metre lines in one minute flat. That’s a considerable time saving for people travelling to this bustling district of the capital. Some 6,000 people are now estimated to use the funicular every day.

When you arrive on the funicular, it’s easy to continue your journey from the Rout Bréck – Pafendall tram stop.

Trams have been back in Luxembourg for a few years now. We say “back” because, if you didn’t know, trams are not really new. They were used in the Grand Duchy from 1875 to 1964, until they were replaced by bus services and more widespread car ownership. At the time, the network spanned 30 kilometres.

Trams have been a mainstay of the landscape in the capital since 10 December 2017. The network connects LUXEXPO THE BOX to the Place de l’Étoile and boasts a total of 11 stations. Trams now stop at the national library, the MUDAM museum and Kirchberg, among other destinations. Passengers can change at Kirchberg to take the famous funicular.

Trams are a true transport success story to say the least. In late 2018, an average of 17,000 passengers used the network every day. What’s the next stop for the Luxembourg tram service? A plan to expand the network is currently being considered and some of the works have already started. In the first instance, the existing section from Place de l’Étoile will be extended as far as the train station. Then, between 2025 and 2030, the tram may branch out towards Mamer or Leudelange.

More information on the tram can be found on the Luxtram company website.

Say goodbye to traffic jams and trouble parking your car in the capital and surrounding areas. Other quick and efficient modes of transport are now available in Luxembourg. They’re more practical, economical and above all better for air quality, so there’s nothing to stop you using them to get to work or just to go for an outing!