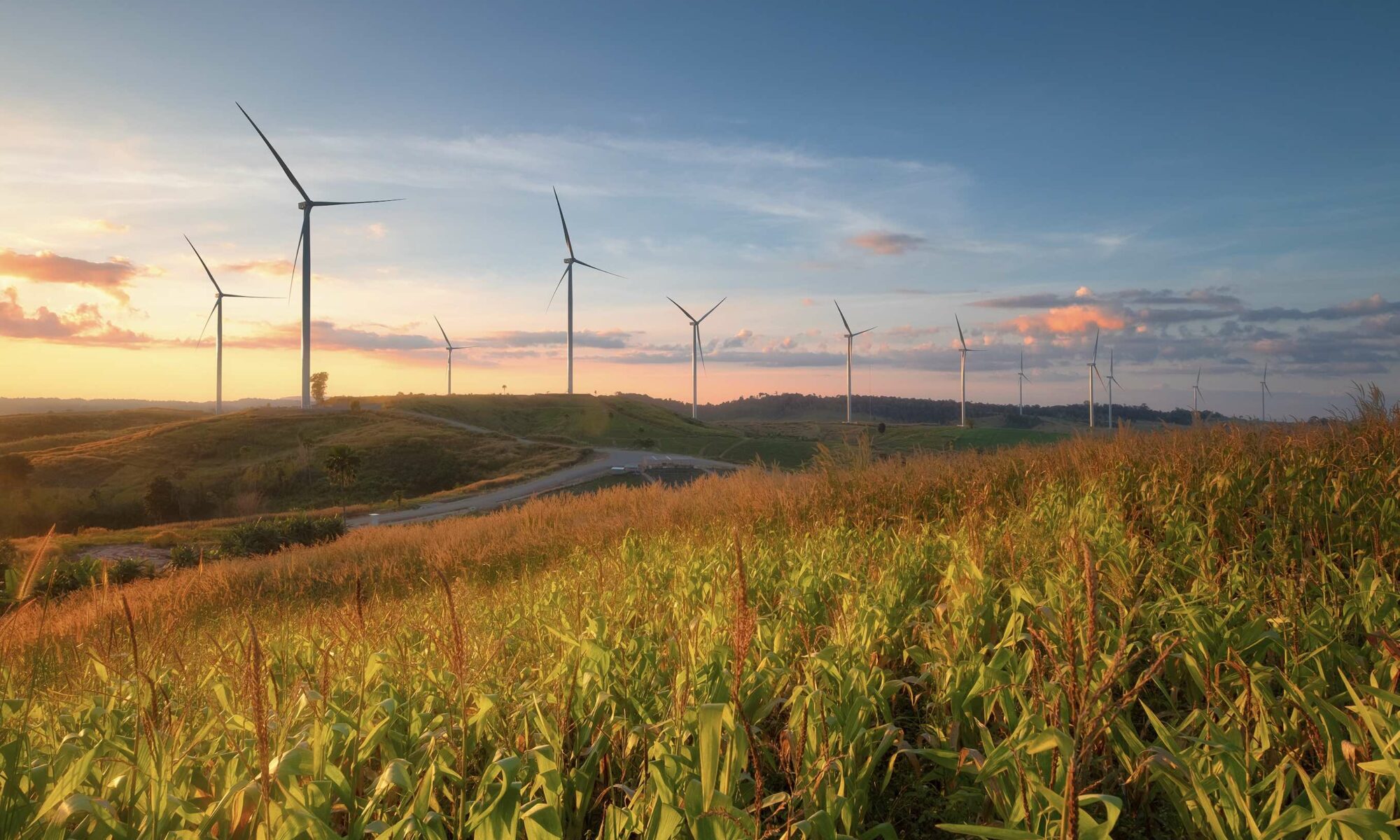 The International Energy Agency declared that we reached peak carbon dioxide emissions in 2019. “After two years of growth, global emissions were unchanged at 33 gigatons in 2019, even as the world economy expanded by 2.9%. This was primarily due to declining emissions from electricity generation in advanced economies, thanks to the expanding role of renewable sources (mainly wind and solar), fuel switching from coal to natural gas, and higher nuclear power generation. Other factors included milder weather in several countries, and slower economic growth in some emerging markets1”.

We will for sure need more than one year of data to confirm the trend, but this is an encouraging sign. It demonstrates the fact that even with the (temporary) absence of US leadership on climate-change, developed economies are moving in the right direction. From an economist’s perspective, it is not surprising to see that the most of the world’s successful corporations are transitioning to energy sources, like wind and solar, that do not send any invoices. At the end, it’s always great to have a reminder that rationality is driving large corporations.

Those are early encouraging signs. We will now need to achieve this each and every year moving forward to meet what science demands: decarbonisation of the economy to avoid an irreversible experiment with the climate of our planet.

But do not be confused, when referring to ‘decarbonisation’ we should distinguish between “carbon in the air which is our enemy and carbon in the soil which is our friend”2. Carbon is an essential building block of life, the real problem is the distribution of carbon out from beneath our feet (from coal and oil, and deforestation) up into the air and into oceans.

There is a need for incentives, for regulations and government-supported R&D to force the shift, making those technologies scalable and accessible.

Technologies to remove carbon dioxide from the atmosphere are being developed to duplicate the photosynthesis process alongside industrial carbon capture and storage (CCS) mechanisms. The costs of decarbonisation are not competitive in all sectors nor are efforts – at this stage – supported by dominant technologies. There is a need for incentives, for regulations and government-supported R&D to force the shift, making those technologies scalable and accessible.

When focusing on our carbon footprint, the energy consumption model is invariably challenged on multiple dimensions. According to the Climate Accountability Institute, the top 20 fossil fuel companies have accounted for 35% of all carbon dioxide emissions since 1965. According to researchers, all of those companies bear some responsibility for knowingly accelerating the climate crisis, even in light of proven scientific evidence. As expressed by Michael Mann, one of the world’s leading climate scientists, “it is a great moral failing of our political system that we have allowed this to happen.” Continued pressure on these “Big Oil” companies to peak their carbon emissions, and urgently increase their renewable energy investment may help curb the climate crisis before it’s too late.

In essence, carbon emissions are externalities. In the past 200 years, humanity did not pay a price for polluting, while most of the economic growth was closely aligned with energy consumption fuelled by hydrocarbons. As a result, we saw man-made carbon emissions skyrocket. Growing sustainability and environmental concerns threaten the viability of the old business models which allowed for this.

To tame climate change, emissions need to be curbed. Peak car, peak oil, peak meat, peak population will all help, while the power generation sector will have to be transformed. One important way to curb greenhouse gas emissions is to make GDP and population growth less carbon intensive. But carbon is not a traditional commodity, rather it is a policy tool. This most probably means taxing global polluters, meaning carbon combustion will come with a price tag.

As of now, the European Union Emissions Trading System (EU ETS) is the primary tool in trying to achieve a cost-effective reduction in carbon dioxide emissions in the European Union. Launched in 2015, the system is the largest of its kind for trading emission allowances in the power, aviation and industrial sectors. It works on the ‘cap and trade’ principle where participants are required to report their emissions and surrender sufficient emission allowances to cover their yearly reported emissions. The EU ETS has caused a severe price crash due to a very large oversupply of pollution permits, known as “EU allowances”. In 2019, the Market Stability Reserve (MSR) tried to address this supply and demand imbalance and create more price stability. EU allowances will automatically be stored in the MSR when there is a large oversupply of emission allowances and released back into the market when allowances become scarcer.

This is the first step towards an adequate pollution price signal. The newly appointed EU Commission has high ambitions on the climate change front. The EU Green Deal, introduced to assist in reaching fully climate neutral activity by 2050 includes a measure that, until now, has been considered too unwieldy, provocative and legally troublesome for any nation to adopt: a carbon border tax. Technically, the European Commission is proposing a “carbon border adjustment mechanism” that would shield EU companies against cheaper imports from countries with weaker climate policies. The proposal is not scheduled to begin until at least 2021 and could take the form of a levy on imported goods, derived using average carbon prices in the EU’s emissions trading system, though other options are possible. Either way, the idea is conceptually attractive. First, it would stop what is known as “carbon leakage”, when climate action in one country pushes polluters to shift to another, the result being that overall, global emissions stay much the same. In the process, it would reduce the risk of making domestic industries less competitive than rivals abroad. It also offers the distant but tantalising prospect of the EU joining forces with like-minded nations to create “climate clubs” big enough to prod laggards into faster emissions cuts.

Voting with our money is also part of the solution. In that field, the forthcoming EU initiative to create an EU taxonomy3 will recognise three activities which are vital to climate change mitigation:

By providing a framework, the taxonomy will in essence establish standards, strengthening the legitimacy of green finance solutions.

Saving the planet begins at breakfast

At a more global level, all signatories of the UN Principles for Responsible investment will start complying with mandatory TCFD (Taskforce on Climate-Related Financial Disclosures) in 2020. This means that they will provide stakeholders with consistent climate-related financial risk disclosures – quite a feat when you consider that the UN signatories, represent 2,400+ financial institutions and $82tn in assets.

“Saying nothing is worse than saying something bad”: companies with no disclosure actually trade at a discount (lower equity price relative to book value) to companies citing high emissions.

Climate change poses tangible risks to the bottom line of companies. According to BOA global research, climate disclosure is also rewarding companies. “Saying nothing is worse than saying something bad”: companies with no disclosure actually trade at a discount (lower equity price relative to book value) to companies citing high emissions. The migration towards low-carbon will be disruptive, offering new investment and earnings opportunities. Renewable energy is now cost-competitive, having reached cost-parity with fossil fuels. Clean energy generation, energy transmission & distribution, energy storage and energy efficiency are offering opportunities for earnings growth, on both relative and absolute valuation perspectives. The implications of climate change are still poorly understood by financial markets. This will create a powerful source of performance.

Governments, regulators and investors alike have the power to avoid the dystopian carbon-addicted perspective, by addressing the supply side of the equation. As an individual we have the possibility to address the demand side of the same equation by exercising our citizen and consumer rights. Tools to track CO2 emissions from travel, energy use, shopping choices, food consumption and investment impact are flourishing. For those who doesn’t know how and where to start, the bestselling author Jonathan Safran Foer’s latest book “Saving the planet begins at breakfast” is my preferred suggestion. In his book, he demonstrates that there is one small change that all of us can make that would have a sustained impact on the climate crisis; eating fewer animal products. I remember the day, years ago my oldest son was telling me he had become a flexitarian. I thought this his was his new fantasy with a made-up word. In retrospect, I was in fact behind the curve with this millennial trend and I hope I have since then, developed better capacity to listen properly to my kids’ priorities.

Finally, I would like to commend the initiative of Doconomy, a fintech company founded in Sweden in 2018, which recently set-up the world 1st credit card with a carbon limit. This demonstrated that “eligible” individuals, those who can afford such an effort, have solutions to check themselves into a hypothetical carbon rehab.

3 The EU taxonomy is an ongoing classification system aimed at strengthening the legitimacy of green finance activities and support the grow of low-carbon sector, encourage carbon sequestration, decarbonize existing industry and avoid promoting activities which are incompatible with climate mitigation goals.