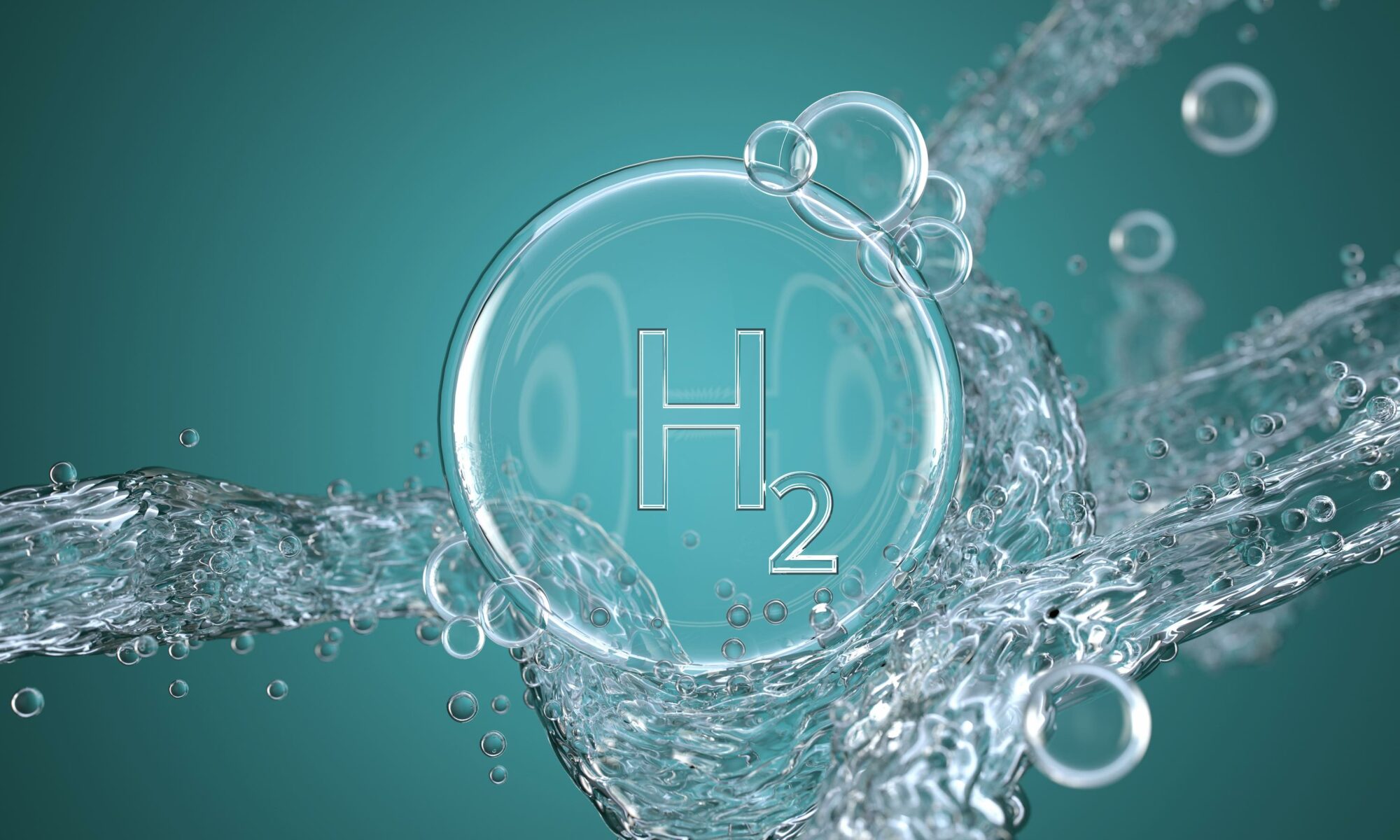 How can we achieve carbon neutrality? It’s not easy to decide where to focus our priorities, faced with the choice between the proponents of responsibility who encourage us to substantially reduce our consumption and the enthusiasts who see technological innovation as the remedy for all our ills. What if hydrogen were the solution?

In a recent article we spoke about the climate emergency and progress in electromobility. A few weeks after publishing this article, a video was posted online on the Economics Explained channel that was devoted to the accident of the container ship, the Evergreen. This accident blocked maritime traffic in the Suez Canal for several days and was a perfect illustration of the supply-chain disruption that has been worrying economists for months. The video suggested changing this crisis into an opportunity by shifting the freight of goods from ships and road to air via hydrogen airships. My first thought was of the prospect of a modern version of the Hindenburg disaster1, before coming to my senses and understanding that it was of course 1 April, and this was a joke. I admit that I fell for it.

This anecdote is a good illustration of the stigma surrounding the issue of global warming. While everyone today agrees on the urgent necessity of achieving carbon neutrality, how to get there remains a conundrum. On the one hand, we have the restraint advocated by activists and a growing fringe of the scientific community. And in the more neoliberal and opposing camp, are the partisans of technological progress who believe that this will deliver the solutions required to meet these challenges.

This is where the concept of the hydrogen economy comes into play. This term was invented over 50 years ago by electrochemist John Bockris who described the vision of an economy where towns would be powered by renewable energy, but hydrogen would cover the gap created by the intermittent nature of supply. This was a vision largely inspired by the Jules Vernes novel, The Mysterious Island, written in 1875: “I believe that water will one day be employed as a fuel, that hydrogen and oxygen that constitute it, used singly or together, will furnish an inexhaustible source of heat and light, of an intensity of which coal is not capable.”

Some investment banks explicitly recommend that their clients count on hydrogen as a revolutionary alternative.

It is therefore no surprise that some investment banks explicitly recommend that their clients count on hydrogen as a revolutionary alternative for all types of transport, heating, heavy industry, (steel and cement making, etc.) and the chemicals industry, to store the surplus of intermittent renewable energy (wind, solar, tidal energy, etc.) In short, a future economy in which hydrogen will replace oil.

A vision of a promising future, but a somewhat utopian vision. Even if hydrogen is the most abundant element in the universe and most likely unlimited, it does not exist in its pure form on our planet. On earth, hydrogen is always bound to other chemical elements in molecules such as water (H2O) and methane (CH4). So energy is required to “produce” hydrogen (via electrolysis or reforming2 methane).

Whatever futurists may think, the laws of thermodynamics are implacable. To extract hydrogen, the energy required is exactly equal to the energy that hydrogen provides when burnt, i.e. when it recombines with oxygen to reform water!

Just as importantly, hydrogen is only renewable if the procedure and the source of production are also renewable. We therefore tend to talk of green hydrogen for hydrogen that is produced by electrolysis using green electricity, blue hydrogen when it is produced from steam methane reforming, provided that the emissions are captured (technology in its infancy), and finally grey or even black hydrogen for the rest (coal, oil and gas without capture of the carbon emissions).

Investors must understand that the cost of producing green hydrogen is currently 2.5 to 5 times higher than for grey alternatives.

With so many shades in the colour spectrum of hydrogen, it is clear that most types are part of the problem rather than part of the solution. Green hydrogen is the only one that makes sense as an alternative to fossil fuels. Before pretending that it could be the Holy Grail, investors must understand that its cost of production is currently 2.5 to 5 times as high as for grey alternatives.

Plugging this price gap will require financial support both on the production side and on the demand side to unleash the effects of mass and scale that will make green hydrogen competitive. It is no surprise that heavy industry, which is the primary potential user of green hydrogen with regards to the volume, profitability and environmental impact, is campaigning intensely to integrate it with transport, thus sharing some of the expense.

For light vehicles, the consensus is that electric batteries are more suitable. For the average citizen, producing electricity based on solar power clearly remains more accessible than moving into home electrolysis. It remains to be seen whether hydrogen can find a place in long-distance and heavy haulage. To date, waste in converting electricity into hydrogen and then transforming it back into electricity gives a very low energy yield. It is even worse if we include transportation and storage, as hydrogen has a very low density and requires substantial energy to compress it at high pressure and transform it into a reasonable volume for transportation.

To overcome the issue of the production cost of green hydrogen requires the availability of large quantities of electricity throughout the year at very low prices. Research is ongoing into prototypes3, particularly in areas with an excess of wind and solar power production that it is difficult to inject back into the existing electricity network.

Today, no one can claim to know exactly what the role of hydrogen will be on the road to decarbonisation, as the media hype around the hydrogen economy has been exaggerated.

We must be mindful of holding out hope that technology will eventually solve all of our problems, and it is crucial that we take immediate action to drastically reduce our emissions.

First and foremost, we must be mindful of holding out hope that technology will eventually solve all of our problems, and it is crucial that we take immediate action to drastically reduce our emissions. For retail investors, while not wishing to denigrate the fact that this is potentially a very interesting wager, it is important to remember that transition to a carbon-neutral economy is based on energy efficiency, renewable energy and direct electrification as the primary solutions to the issue of global warming. Hydrogen is a part of this. Hydrogen is part of the toolbox in energy transition, but it is certainly not a panacea.

1 The Hindenburg was the largest commercial airship ever built running a regular line between Europe and the United States. After 14 months of active service, the airship was destroyed by a fire on 6 May 1937 while landing in Lakehurst, New Jersey. Its destruction was broadcast across the whole world and put an end to the adventure of transatlantic airship travel.

2 Methane reforming is a chemical reaction that produces hydrogen from the methane present in natural gas or biomethane.

3 For example, in the Orkney Isles in Scotland and in the Netherlands with the hydrogen “valley” project (HEAVENN: Hydrogen Energy Applications in Valley Environments for Northern Netherlands)