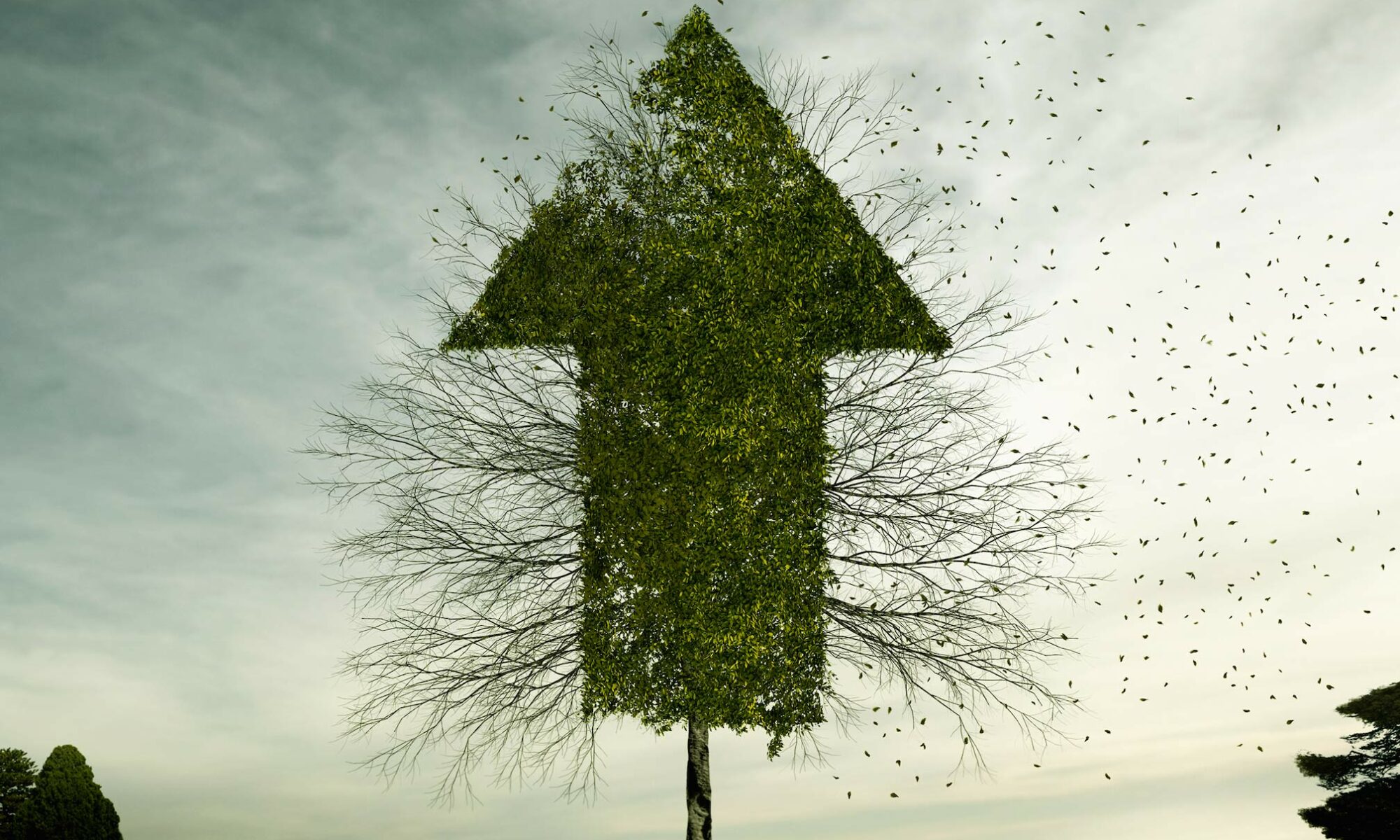 In a recent interview, the futurist Ramez Naam1 said that “We are in a race between how rapidly we’re doing damage, how rapidly we are emitting carbon dioxide, hitting 450 parts per million in the atmosphere and that 2-degree limit versus how rapidly we can innovate and deploy the new technologies. We are currently not winning. But the good news is that every year solar, wind, batteries and electric vehicles (EV) get cheaper. It is a positive feedback loop, and so I’m hopeful that every year we can try to push harder and faster.”

Faced with climate change, transportation and energy are the two key sectors in terms of the sustainable energy transition. Today, more than 16% of the world’s greenhouse gas emissions come from transportation (mostly twice as much for developed countries).

Some of the best minds of their times created trains, cars, planes, and ships that fueled the industrial revolution and transformed human abilities. With a few technological improvements over time, these same modes of transport and travel still underpin the global economy today. Whilst these forms of transport are more efficient than when they were invented, we still need massive changes to the ways we move people and things.

To respond to the climate challenge, the mobility sector has no choice but to reinvent itself. The road to a decarbonised transport sector is, nevertheless, long and winding. What’s clear is that the days of internal combustion engines for ground transport are numbered. It’s about time that we had a revolution in the technology that powers our transport. If 2020 was the year of immobility for most of us, let’s act so that 2021 is the year of electric mobility.

Though the automobile market spent 2020 in the doldrums, with European sales 24% lower compared to 2019, sales of electric vehicles (including 100% electric vehicles and plug-in hybrids) exploded higher. While they only represented 3% of car sales in Europe in 2019, they exceeded 10% of market share in 2020, with a marked acceleration at the end of the year.

Announcements about the phasing out of internal combustion engines are clearly logical. More than 14 countries and over 30 cities around the world have proposed banning the sale of passenger vehicles (primarily cars and buses) powered by fossil fuels such as petrol, liquefied petroleum gas and diesel mostly by 2030 and 2040.

To speed up the shift towards low-CO2 vehicles, governments around the world are following a carrot-and-stick approach – by offering subsidies to cushion the hit to automakers’ margins, as well as announcing plans to ban future sales of new vehicles with internal combustion engines.

The same logic is visible inside the industry, with many companies pledging to only manufacture electric vehicles within couple of years. To gauge what is real strategy vs. fictional marketing is hazardous. Electric vehicles are cheaper to operate than their internal combustion counterparts, but at this point, more expensive to produce. Such a shift will bring headwinds for some manufacturers and opportunities for others.

This is valid as well for consumers. Many people still have concerns about buying a fully electric car, including the price of the car, charging times, charging points, and how green they are.

When choosing a vehicle, to rank the different energy options available, one of the main metrics to compare is the carbon footprint over its life cycle, considering manufacture, use and end of life, for all greenhouse gases. According to Carbone 4 2, battery-run electric vehicles, whatever the electric mix of the region under consideration, reduced the carbon footprint by 50% to 70%, compared to fossil-fueled vehicles, despite the battery’s manufacture and recycling processes. This relatively new finding is due to the mass production of batteries for electromobility (making it possible to significantly reduce their carbon footprint per unit (scale effect)), and the electricity mix of all European countries being gradually decarbonized. Vehicles running on biogas have the lowest carbon footprint, thanks to the very low emission factor of biomethane. However, the biomethane resource is limited, and it is better to reserve it for other uses.

Average carbon footprint over the lifetime of a car sold in 2020 Europe – Segment B | gCO2e/km: 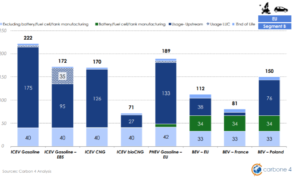 Technologies are improving, making batteries more efficient, with greater capacity and with longer lifespans. There are major benefits to the local environment of having non-polluting electric cars replacing the traditional internal combustion engine.

If you are thinking of buying an electric car today, there are certainly challenges, depending on where you live and where you drive. But with growing awareness of the environmental damage done by fossil combustion engines, many vehicle manufacturers have focused their attention on developing electric powered cars. That will surely bring prices further down and encourage all of us to consider the benefits of greener electric vehicles.

The same logic applies to auto-manufacturers. If, as a company, you do not act rapidly, your competitors will not ask your permission to embrace these new technologies and disrupt you. The only answer for someone in an industry where technology is rapidly disrupting is to embrace that technology and to disrupt yourself, rather than let a competitor disrupt you.

The idea of transport as a service and its access will probably be more relevant in the future than car ownership.

Motorsport as an accelerator

Let me be honest, I’m not an expert on automobiles. What I know is that I am using a car to move from point A to point B. While some of us still have some sentimental value attached to a specific brand, I personally do not, and I am pleased to see younger generations keener to adopt new consumption patterns around autos or more broadly around transportation. The idea of transport as a service and its access will probably be more relevant in the future than car ownership. What I take for granted is that the world is moving towards sustainable fuels and being environmentally friendly. And it’s going to be electric because that’s the cheapest cost per kilometer. A big detox3 of transportation is possible.

Knowing that motorsport has always been a laboratory4 for road cars, a green version of automobile sport is also forthcoming. Technology being developed within Formula E 5 – one of the world’s newest and most exciting motorsports – is impacting the cars on our roads. Not only will Formula E continue to develop the technology that we see in our road cars, but it is starting to change perceptions of electric vehicles too. This is showing people that electric cars are not boring or slow. As more and more electric racing series pop up, we are going to see more people come around to the idea of this electric future.

As more and more electric racing series pop up, we are going to see more people come around to the idea of this electric future.

The first comparison people tend to look for is speed, and while Formula E cars do accelerate at a similar rate to F1 cars, their top speed peaks at around 280km/h, roughly 70km/h less. Until as recently as season four (2017-18), Formula E drivers were unable to complete a full race distance without needing to stop to change cars halfway through the race. Advancements in battery technology mean that the drivers now have double the amount of usable energy as they did previously, making pitstops a thing of the past.

The reasonable future is that Formula 1 could become some sort of classic car race, a race of technology not used anymore, equivalent to horse racing or some sort of iconic technology museum collections.

To reach scale and speed, we will need clever combinations of finance and policy. But clearly, the end of the combustion engine is within sight. Companies and consumers are increasingly seeing that there are a lot of benefits associated with EVs. It is not just environmental benefits, EVs are also offering significant fuel and maintenance cost savings.

The question is no longer whether this will happen but when. It will depend on us and the choices that we make this decade. A future without tailpipes, a future with a thriving economy and clean air, a future we choose for the climate and for our health.

1. Ramez Naam is an American technologist and science-fiction writer. He is best known as the author of the Nexus Trilogy. Naam was a computer scientist at Microsoft for 13 years, and led teams working on Outlook, Internet Explorer, and Bing. Naam is also an Adjunct Professor at Singularity University, where he lectures on energy, environment, and innovation.

4. Did you know for instance that rear-view mirror won the first Indy 500 race in 1911. Ray Harroun who win the race was driving the only one-man car, with all other competitors being two men onboard, one for driving and the other one looking backward and alerting the driver to what was going on behind them.

5. Formula E became the world’s first fully electric international single-seater racing series when it launched back in 2014, and while F1 has the richer heritage (it’s been around since 1950), Formula E has grown to become one of the most important racing series in global motorsport.