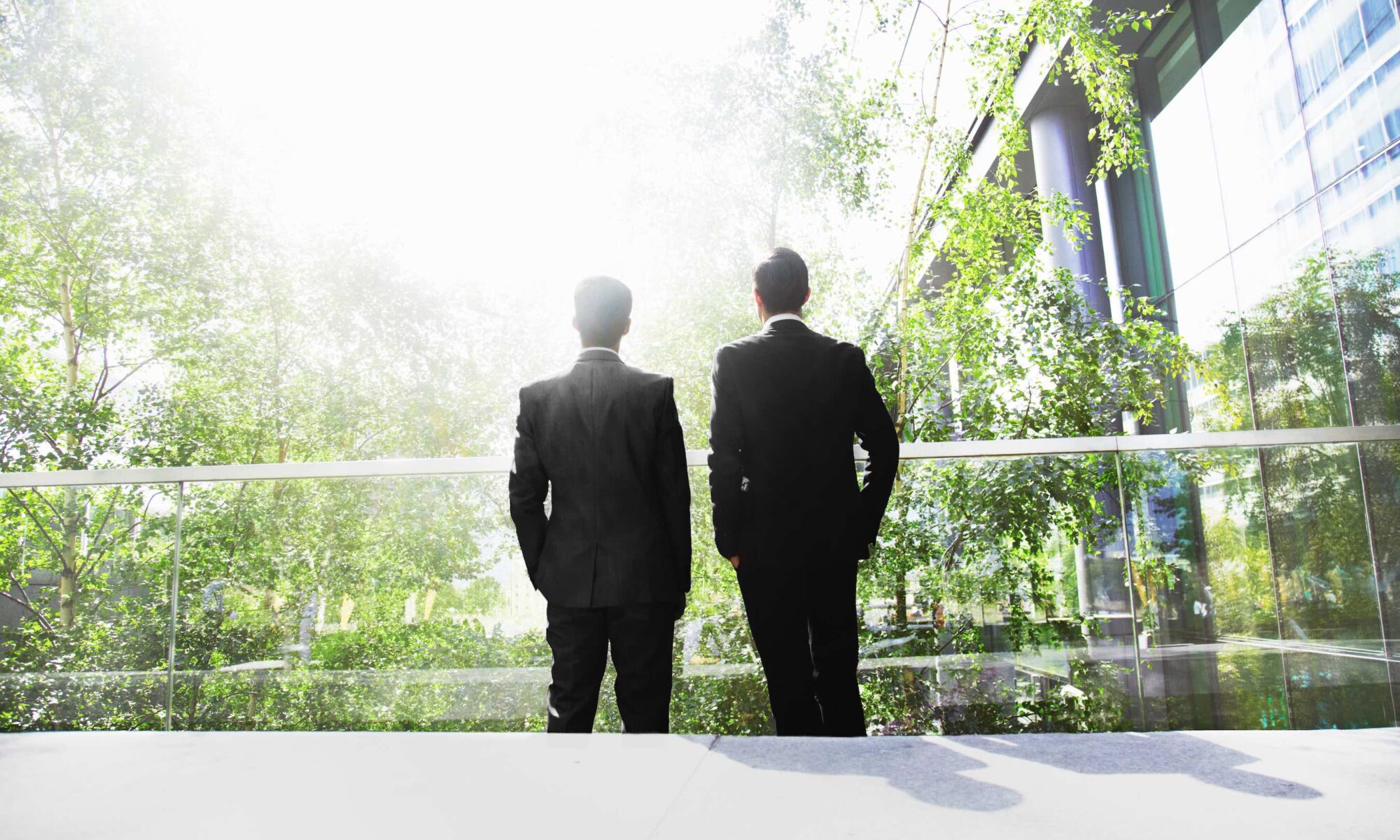 Central banks are not responsible for climate policy, and the most important levers in this respect fall outside their remit. However, this doesn’t mean that they can sit back and do nothing in the face of a climate emergency. What can the European Central Bank do to help decarbonise our economies and fight climate change?

Although its sole mandate is to maintain price stability within the eurozone, the ECB also acts as the overseer of the European banking system. As the ultimate owner of the banknote printing machine in Europe, it is not subject to any printing limit and does not need to fear bankruptcy.

The ECB is free to lend, give or borrow to whoever it wants, for as much and at whatever price it wants. The only rule binding it is laid out in Article 123 of the Treaty of Lisbon: “Overdraft facilities or any other type of credit facility with the European Central Bank or with the central banks of the Member States […] in favour of Union institutions, bodies, offices or agencies, central governments, regional, local or other public authorities, other bodies governed by public law, or public undertakings of Member States shall be prohibited […].” In practice, therefore, the only thing the ECB is not allowed to do is lend directly to governments.

The ECB conducts its monetary policy through loans to banks, as well as a quantitative easing through the purchase of debt securities – the modern version of money printing. So in theory, it has two levers it can lean on to help fight against climate change: green loans and decarbonised quantitative monetary policy.

The ECB has two levers it can lean on to help fight against climate change: green loans and decarbonised quantitative monetary policy.

With financial markets reliant on the injection of liquidity by central banks, why not put this liquidity to good use in the energy transition? Until now, the ECB has adopted a neutral strategy by buying debt from various different sectors, without any specific preference outside of established eligibility criteria. Giving preference to low-carbon companies would send a very powerful signal to the financial markets. This is a big deal when you consider that of the €4 trillion in financial assets accumulated by the ECB between 2015 and mid-2021, around €320 billion are corporate bonds.

In order to align its asset purchase programme with the fight against climate change, the ECB would have to change its collateral framework by reducing the haircut on low-carbon bonds. This means that the haircut would no longer depend solely on the bond’s credit rating (i.e. only the risk of default) but also on the climate risk associated with the company’s activity.

By applying this method and lowering the cost of loans for green activities, the ECB would strongly encourage investment in eco-friendly businesses. This is all well and good, but encouraging green investment is far from enough to tackle the urgent matter of reducing greenhouse gas emissions. Alongside the European taxonomy that has already been created to identify green activities, a “brown” taxonomy should also be established to penalise carbon-intensive activities.

In addition to low-carbon quantitative easing (QE), the ECB could also change the existing collateral framework for accessing Long-Term Refinancing Operations (LTRO), or even Targeted LTROs. The latter, which are currently offered at better rates than LTROs, are refinancing mechanisms for banks that are only available for new loans to the real economy.

If the ECB were to encourage investments in green companies by launching Green TLTROs, this would be a huge boon to participating SMEs, which here in the EU are mainly financed through banks. So what’s stopping it? While non-conventional monetary policies have become established over time and there seems to be no real limit to creativity in this area, there are still a few taboos.

The real question is whether decarbonisation comes under the ECB’s mandate. Politically speaking, this still remains to be seen. If we look at the launch of QE in Europe, the ECB demonstrated its ability to act in line with its mandate, although the causal link between the action and the desired outcome is not entirely direct or obvious.

Climate change comes with a whole host of unpredictable and systemic risks. For economists, it is a type of market failure. From game theory, we know that protecting the common good is a complex exercise in which moral hazard makes it harder to achieve optimal collective utility. What economists call the free rider problem is one of the realities of integrating climate change and natural resource management into economic theory.

The “free rider” here is anyone who benefits from a favourable situation without having to give anything up. Back in the seafaring age, the solution to stowaways was a fairly simple one: throw them overboard and you have one less mouth to feed. Things are obviously a little more sophisticated today – these freeloaders are usually kept in check by incentives or coercive measures set by the competent authorities. The free rider problem highlights two types of actors: those that benefit from asymmetry and those who bear the majority of the burden. And history shows that, over time, the downtrodden tend to tire of being exploited and eventually rebel against their oppressors. The moral of the story is that the ECB probably has a duty to guide the economic model by setting monetary policy in a way that directs capital towards green and sustainable projects. However, this is hard to imagine in a neoliberal framework in which the financial markets are free to set the equilibrium price.

Caught between the risk of destabilising the markets and the climate risk, it’s hardly surprising that the ECB is only comfortable commissioning technical studies.

It’s hardly surprising that the ECB is only comfortable commissioning technical studies, given that it is caught between the transition risk of destabilising the financial markets and the climate risk. But let’s remember that the ECB’s neutrality is not enshrined in the Treaties. Our discussion is therefore ideological rather than legal.

The issue is how to achieve that balance between climate science and economic science. However, this fails to take into account that the former is an exact science and is based on hard data, while the latter is a human science based on the behaviour of (irrational) economic agents, which can only partially be modelled. This reality does not settle the debate, but it should at least allow us to better weigh the arguments put forward.

A question of leadership

So far, the implementation of QE in the EU has mostly seemed to mimic what was already in place in many countries across the world. This raises questions surrounding the ECB’s leadership and ability to make tough decisions.

Christine Lagarde’s speech in January 2021, in which she quoted the fable of the Council of Rats1 by Jean de La Fontaine, is revealing of the ECB’s understanding of the stakes and the pitfalls. In any case, given greater political pressure to combat climate change and the stated ambition of carbon neutrality, what we initially see as the transition risk of central bank intervention is actually an opportunity to prevent the disastrous outcome that would result from inaction.

[…] what we initially see as the transition risk of central bank intervention is actually an opportunity to prevent the calamitous outcome that would result from inaction.

All this being said, the central banks are clearly committed to fighting against climate change, with 95 central banks and supervisors coming together under the Network for Greening the Financial System (NGFS). Their role is becoming increasingly evident: exchange experiences and share best practices, but above all contribute to the development of environmental and climate risk management in the financial sector and mobilise traditional finance to support the transition to a sustainable economy.

Europe has made the fight against climate change a priority and has established targets, policies and regulations to support the transition to a carbon-neutral economy. Although the ECB is the technocratic institution par excellence, it still has a crucial role to play in the energy transition, both as a role model and a driving and coordinating force. In addition, the EU Treaties are unequivocal; the Paris Agreement directly binds all EU institutions, and this indirectly makes the ECB a signatory.

Greening their balance sheet is becoming a priority for all banks, including central banks. It remains to be seen whether this will help decarbonise the existing system before it is too late.

1 The fable tells of a group of rats terrorised by a cat that is decimating their population. The rats come up with the idea of attaching a bell to the cat’s neck so they can hear it coming and flee to safety. However, not a single rat volunteered to actually carry out the plan, and the council broke up without having achieved anything. This demonstrates how difficult it can be to put ideas into practice, as seen in the free rider problem above.