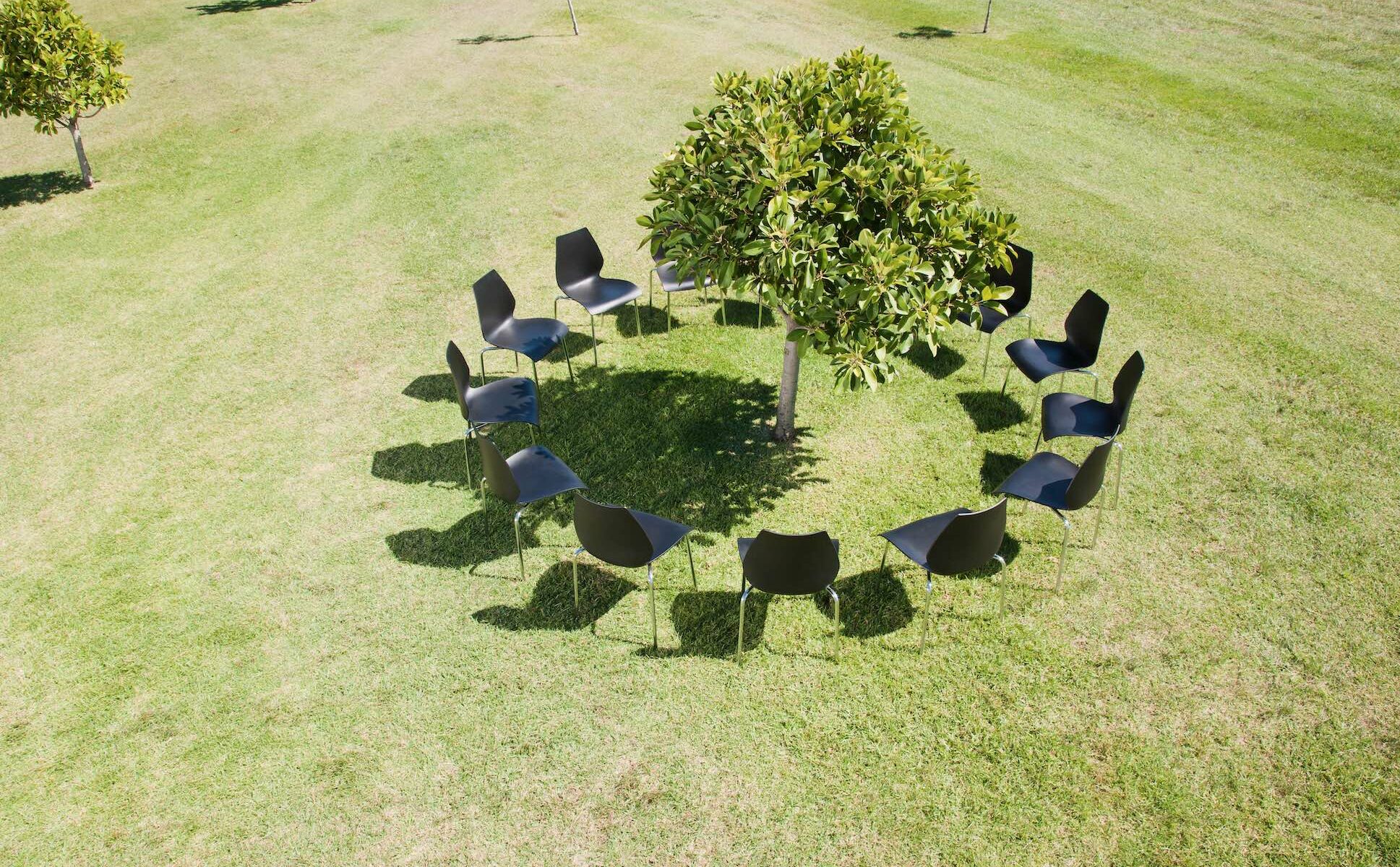 Right now, we should all be working together to fight climate change and protect our planet. But that is not what’s happening, with many governments simply trying to protect their own interests. According to game theory, this means we’ll never achieve the best outcome for our collective interests. So, is it time for a new game plan?

Climate change affects us all. And we all know action has to be taken. Yet as soon as the impact of any such action is felt, tactics begin to change. Free-riders[1] pop up, the prisoner’s dilemma takes hold, and people become competitive, manipulative or even threatening. This is what game theory tells us (see our article “Can game theory help us manage our impact on the climate?”).

From an economics perspective, negative externalities lead to market failure, and authorities then have to take action to remedy that failure and make sure resources are allocated properly again.

All for one and one for all?

You’ll remember that in the prisoner’s dilemma, criminals trying to protect themselves and their own interests will always choose to betray their partner in crime. In other words, their self-interest conflicts with the collective interest and prevents the best outcome being achieved – if both criminals kept quiet, the total sentence for them both would be less. Safeguarding our own interests therefore leads to a Nash equilibrium. While this is not the optimal situation, it does let us sidestep the worst outcome. The prisoner’s dilemma is thus a great example of how cooperation is not always a given – even in a society where it is fundamental for economic progress.

The prisoner’s dilemma is a great example of how cooperation is not always a given.

It’s not only the prisoners that are trying to secure the best outcome – the police will have their own plans too. So, how can the prisoners make sure they’re the ones who come out on top? You might think that the best option would be for the two crooks to come up with a plan before the interview – and, of course, stick to it. But in practice, communication doesn’t make much of a difference. Just ask anyone who’s seen a few episodes of the television show Golden Balls (based on the prisoner’s dilemma). They’ll tell you how some contestants find the lure of a much larger win for themselves too tempting and ultimately decide not to split the pot. This is particularly common when there is only one round of a game, so only one chance for potential cooperation. For some rather drastic approaches to ensuring the collective interest always takes priority, let’s have a look at two very different groups.

If you’re constantly losing at a game, then it’s probably time to stop playing. Or you could always just change the rules instead… Omertà, or the code of silence, is how the mafia beat the prisoner’s dilemma. Every member of the mafia knows that snitching will result in their untimely death – and this is a rather effective way of making sure anyone caught by the police opts for the best collective outcome. Adding this external constraint ends up benefitting both prisoners. But this does not help the police, so they may try to tip the balance back towards the initial Nash equilibrium situation by offering protection for witnesses and informants. In other words, to reach a different outcome, they have to change the rules of play.

But if you think the mafia’s solution to the Nash equilibrium seems harsh, penguins could give them a run for their money. Penguins love herrings. But their favourite food swims in the same waters as their biggest predator: killer whales. How are the penguins to know whether it’s safe to jump in and feed? Studies suggest they’ve learnt not to trust calm waters, but obviously none of them wants to be the first to take the plunge. This poses a huge problem for the colony as a whole, but the penguins have come up with a rather brutal solution – the “sacrificial penguin”. They give one of their colony a brisk shove into the water or cause a scrum so that one of them falls in, and if this unwilling volunteer is gobbled up then the colony looks for another place to fish. It’s as simple as that…

External action is the best way to resolve a Nash equilibrium.

While these approaches may be rather dubious, they do show us that external action is the best way to resolve a Nash equilibrium. With the mafia, it may be morally questionable to restrict the freedoms and choices of those involved from the outset, but it doesn’t necessarily end up being to their detriment. And although the penguins’ solution seems even more unscrupulous, it does end up benefitting their collective interest.

In terms of protecting the planet, the prisoner’s dilemma shows that we’re not doomed to self-destruct due to our self-interest. It just points to the fact that we need some form of external action here too. Fighting greenhouse gas emissions requires government intervention (subsidies, regulation, monitoring) to restore the best-possible situation in financial terms. But that requires the externality to be internalised (quotas and carbon taxes). In practical terms, carbon accounting should be introduced on top of traditional financial accounting.

Shall we play again?

It’s often hard to just play one round of a game. And it’s when we play over and over that game theory really gets interesting. Collaboration and selflessness are often the most effective strategy in terms of natural selection – just look at ants, bees and wolves. But do we follow those principles when we play games? Would you still trust someone who betrayed you earlier on? How about double-crossing a player you cooperated with last time?

Imagine you’re playing a game with a group of friends. If you only play one round, chances are you’ll try to sell the others down the river to increase your own chances of winning. (Don’t worry – everybody else will be doing the same!) But playing over and over again changes the game. You’ll see how you can use your gameplay to punish any traitors or to encourage the kind of cooperation shown you saw from other players earlier on. You and your friends will pick a strategy for your next moves depending on what happened in previous goes. You might choose to be mean and always betray the other players, or opt to be kind and cooperative. You might pick a volatile strategy where you do whatever takes your fancy, or choose to be a copycat and copy a previous player’s idea. Or perhaps you’ll decide to be cooperative right up until the first time you’re betrayed…

With a tit-for-tat strategy, you may not win every round but you should rack up more wins overall.

The renowned biologist William Donald Hamilton, who did lots of work on the theory of evolution in the 20th century, and Robert Axelrod, political science professor and 1987 MacArthur Prize winner, came together to diagnose cooperative behaviours between human beings based around the mathematical framework of game theory. Their findings are conclusive. Robert Axelrod showed that the best strategy in non-zero-sum games with several rounds was to start by being cooperative and then mimic the action of another player in the previous turn. With this strategy, known as “tit-for-tat”, you may not win every round, but you should rack up more wins overall.2

To better understand the strategic choices that bring maths, psychology, economics and the climate together, why not play “The evolution of trust” by Nicky Case (available for free online)? Based on the prisoner’s dilemma, the game demonstrates that if both players resist the temptation to turn traitor and instead build a trusting relationship, everyone wins. It essentially shows that ethical behaviour should be the golden rule in a multi-round non-zero-sum game, transforming tit-for-tat into win-win.

Can you see how the prisoner’s dilemma comes into play in terms of the environment? Climate change and the erosion of biodiversity are affecting the entire world, but it’s becoming clear that scientists, politicians and financial markets are all working towards very different time frames.

Our collective interest is for decisive action to be taken to reduce CO2 emissions and save the planet, yet pollution is increasing as every country looks to shore up its own economic growth. While nations protect their own interests, collaborative plans that would benefit us all in the long run are left in limbo. And let’s not forget that the biggest polluters are often the least vulnerable to the effects of climate change.

We’ve learnt how the best solution to the prisoner’s dilemma is reached after multiple repetitions. And the Paris Agreement (COP21) was a huge step forward in this respect. With a mutual commitment between the signatories, a critical number of determined stakeholders and “catch-ups” every five years, COP21 has all the foundations for mutually beneficial cooperation.

It’s clear that if we want to protect our climate, collaboration and trust will be crucial. But it’s also clear that we could do with a brisk shove in the right direction – if libertarian paternalism or “nudge theory” isn’t making much of a difference, then we have to acknowledge that it’s time for change.

The climate – and the environment at large – are common goods, and protecting them requires action at both individual and collective level. There are some very positive signs for the future: we’re all now more aware of why we need to fight to save our planet, and the costs of doing so have tumbled over the past few years. Investors can play a central role by selecting the right places to invest their cash. Staying on this new cooperative path will be key if we are to get back in the game and save our planet.

1 The free-rider problem.
2 Robert Axelrod’s work was based on non-constant-sum games, where the number of points handed out is not always the same. It was clear evidence of the unquestionable strength of this strategy when it came to the evolution of species.