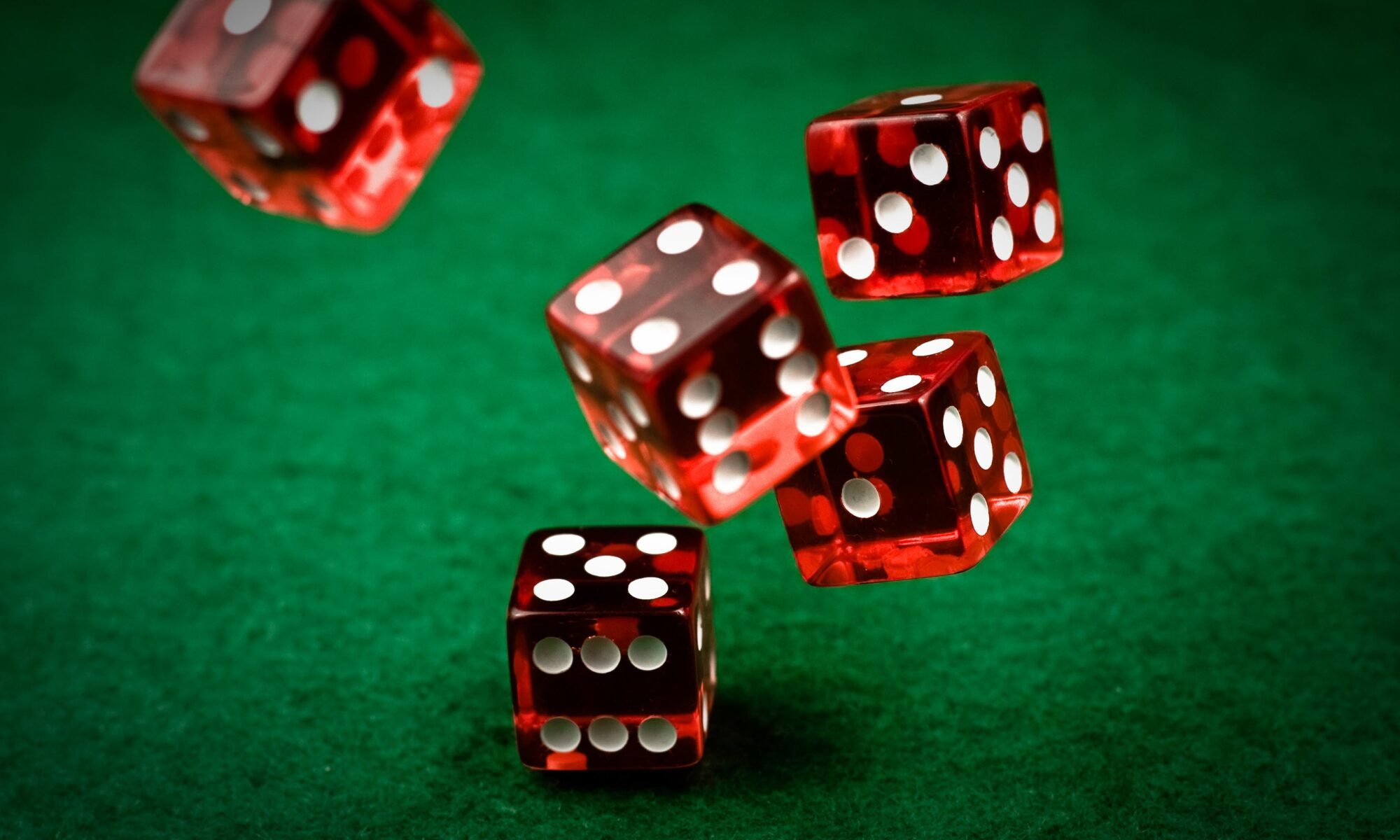 The economy is not a zero-sum game. The idea of a cake that can be divided up in a better way to improve the lives of everyone is a popular idea but a simplistic one. The size and quality of the cake depend on the recipe chosen and how we make it together. Game theory helps us gain a better understanding of why we must suppress the pursuit of self-interest in favour of the pursuit of the collective, sustainable interest. Here’s everything you need to know.

I have been fascinated by the field of game theory ever since studying economics. Game theory offers clear proof of the usefulness of maths. Aside from the often sophisticated mathematical models on the topic, I am particularly fond of the illustrative examples that help us understand the underlying ideas.

Straddling the line between mathematics and psychology, game theory looks at situations where several people can choose to cooperate.

Straddling the line between mathematics and psychology, game theory looks at all sorts of situations presented in the form of strategic games, where several people may be in a position to cooperate with each other. Working on the assumption that each agent/player makes a rational choice aimed at maximising their gains and minimising their losses, game theory offers a model for tackling decisions when interdependent strategies are at play1. Such issues are frequent in the business world.

Game theory does not just apply to games and economic modelling. It can be applied to a multitude of other areas: social science, political science, (evolutionary) biology, international relations, organisational theory and any areas that require a decision to be taken when faced with strategic choices.

For example, have you ever wondered why businesses of the same type tend to set up in close proximity to one another? The ice cream vendor problem provides an interesting illustration of this. It shows what an economist refers to as the principle of minimum differentiation (or Hotelling’s Model for purists), a reflection of strategic gravitational force, whereby, if there is perfect competition, there is a single optimal position on the whole beach for two ice cream vendors: the middle of the beach.

Leaving the middle of the beach to your competitor would mean that you sell less than them. This represents a state of equilibrium for the ice cream vendors, but a broadly sub-optimal situation for some of the beach-goers who will have to walk further to get an ice cream. If the distance seems excessive to them, some may even choose to go without an ice cream, meaning that both vendors will lose a portion of their potential customers. The best solution? Cooperation. In theory, the two vendors should agree to divide the beach into two equal parts with each one of them located in the exact centre of their half of the beach. Each vendor must trust the other to stick to their position and resist cheating themselves by moving closer to the centre of the beach as a whole.

The prisoner’s dilemma is the most famous example in the game theory hit parade. Here’s a slightly tweaked version of this. Imagine there’s been a hold-up and the police arrest two individuals who were accomplices in the crime. The police inspector is very keen on game theory and interviews the two accomplices separately, presenting them with the following options: say nothing or turn your accomplice in. Depending on the choices made by the two individuals, the consequences will be as follows:

The dilemma for each suspect is to know what to do: say nothing or turn their accomplice in. Of course, they can’t talk to each other to reach an agreement on the best joint strategy, which would be for both of them to say nothing. Seen from the outside, the collective interest of the two accomplices is, of course, to keep quiet. But that assumes prioritising the collective interest over self-interest. If one accomplice considers only his self-interest, the logic is different and he should denounce his accomplice. From this angle, if he’s denounced by his accomplice, it’s better for him to denounce the other and “only” serve five years in prison instead of twenty. And if his accomplice says nothing, his denunciation will mean he gets off scot-free.

The prisoner’s dilemma describes a situation in which self-interest conflicts with the collective interest.

As the two prisoners do not have the possibility to cooperate in order to secure the minimum penalty, their best strategy is to denounce their accomplice and avoid twenty years in prison, even if it means they may both spend five years in prison. This solution is called the Nash equilibrium.

And the economist in me is keen to tell you that this Nash equilibrium is not Pareto efficiency2 since both players, whether prisoners or ice cream vendors, could improve their well-being by cooperating.

A Nash equilibrium is a combination of strategies (one per player) such that no player can gain an additional advantage by unilaterally changing strategy. This equilibrium refers to a criteria of no-regret, neither player wants to deviate unilaterally. If one prisoner decides to say nothing but the other doesn’t, the first prisoner has the worst possible outcome. In response to this uncertainty, he puts his own self-interest first, even if there is a better potential solution.

The Nash equilibrium is the central concept in non-cooperative game theory (independent targets) with perfect information. It is named after John Nash, known to cinema-goers from the film “A Beautiful Mind”, based on his life. The work of John Nash continues to have many applications in economics, even today: corporate behaviour for setting quantities and prices, the choice of location and decisions on product quality. It can also be applied to geopolitics (for example, to the study of the nuclear deterrent as during the Cuban missile crisis in 1962) and, more generally, to the study of strategic choices. 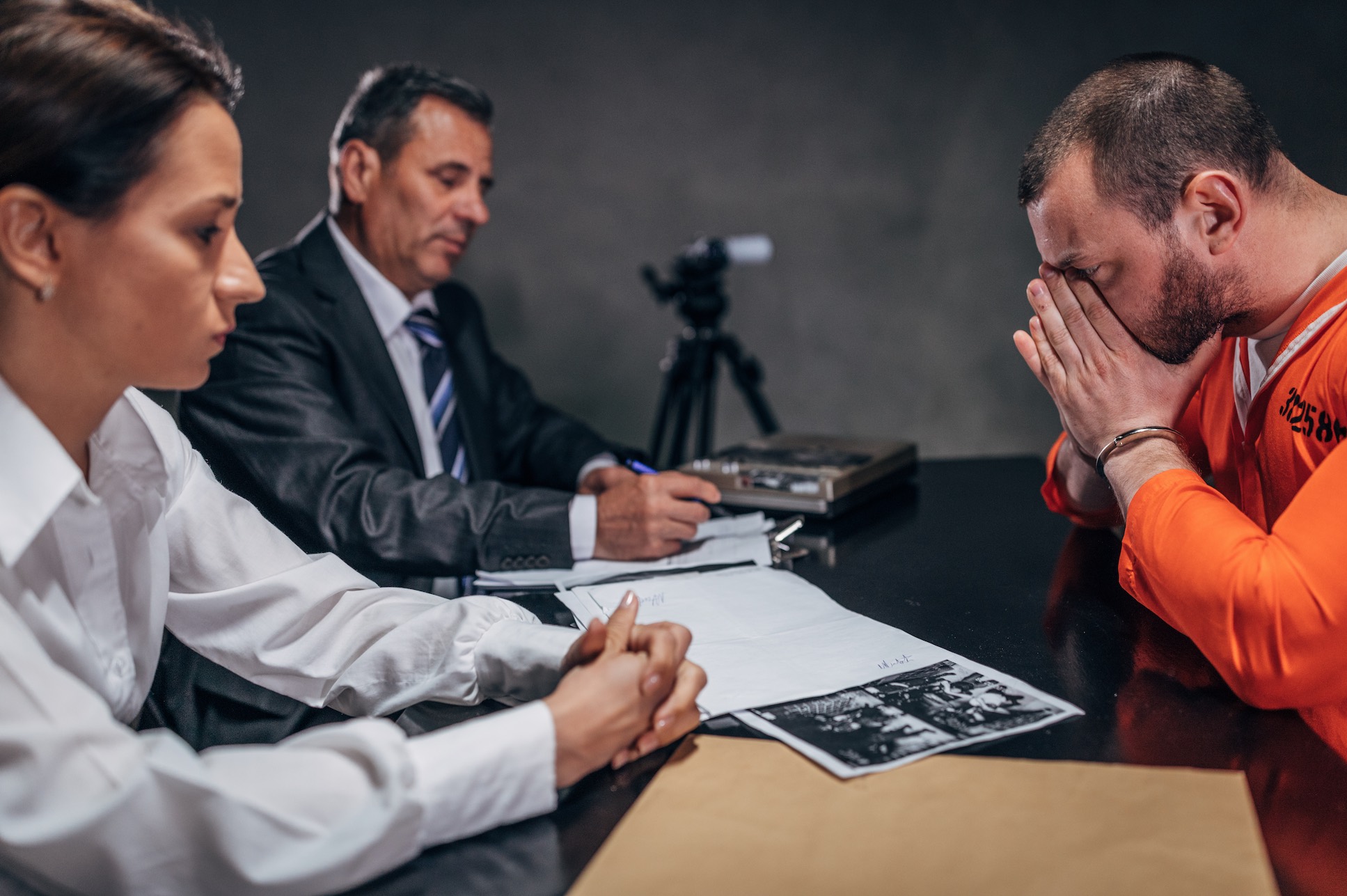 The prisoner’s dilemma formalises situations where the collective interest requires cooperation whereas self-interest tends to result in non-cooperation.

The prisoner’s dilemma formalises situations where the collective interest requires cooperation whereas self-interest tends to result in non-cooperation. Cooperation is the only way to move from the self-interest to the collective interest. In everyday life, this suggests that in certain situations, winning (or losing) for an individual within a group depends on decisions taken by all others and not just as on their own decisions. This is why it is important for everyone to agree on the best collective decision possible.

In a non-zero-sum game, the sum of the gains and losses is not equal to zero, it may be positive or negative.

Most of the games we play are zero-sum games. In poker, for example, the gains of one are the losses of another, etc. Non-zero-sum games are harder to find but occur much more frequently in real life. In fact, they represent the basis of all economic and social development. The prisoner’s dilemma is a non-zero-sum game, the gains and losses of the players do not cancel each other out.

In everyday life, every exchange of non-identical products and services is a non-zero-sum game, and most often the sum is positive. The baker wins from selling his bread for money, and the buyer wins from exchanging his money for the bread. The gain of one is not the loss of the other, both sides are winners, providing they are able to cooperate to sustainably continue the “game”. The baker will refuse to sell his bread to someone who has paid in fake money, and the buyer will no longer buy bread from the baker who has sold him stale bread. Both parties can also be losers.

Similarly, financial markets, investment and property are not zero-sum games either. The gain of one is not the loss of another, unless we assume that each transaction results in the simultaneous and systematic settlement of all existing positions. Just because your neighbour was able to sell their apartment for EUR 7,000 per m² doesn’t mean you will be able to do the same.

Far from the clichés peddled by the Hollywood studios, the economy and the worlds of finance and investment are not a battlefield, a war where only one of two opponents can win. The economy can see two commercial partners prosper, even if they are engaged in fierce competition.

It is in all of our interests to halt climate change given the threat it poses. But clearly we prefer to continue with our consumption and production habits to maximise our short-term well-being. The economic being within us is rationally unreasonable. The prisoner’s dilemma leads us to a world of schizophrenic behaviour.

The climate and the environment are public assets. These are assets that are accessible to everyone and it is in all of our interests to protect them, but we’d all prefer that someone else bear the cost of this protection.

Game theory therefore offers an appropriate framework for analysis in the fight against climate change.

Game theory therefore offers an appropriate framework for analysis in the fight against climate change. In response to the wide variety of possibilities, each associated with a combination of costs and benefits, “players” are faced with strategic options. In each case, if self-interest has the upper hand, the dominant option is to do nothing, change nothing or, worse still, take a free ride and let others pay. This is a prime example of the Nash equilibrium, where the non-cooperative solution is dominant as it maximises individual gain over collective gain.

The prisoner’s dilemma is fascinating because it shows that in a society where economic progress is based to a huge extent on cooperation, cooperation is not the obvious choice. It is in the self-interest of users of a collective natural resource to over-exploit it, which runs against their collective interest. Pursuit of self-interest does not result in the best solution; far from it. This firmly undermines the idea of the economist Adam Smith, that an “invisible hand” brings about social benefits and public good by individuals acting in their own self-interest.

In answer to the question of whether game theory can help us manage our impact on the climate, the response can most likely be found in the fact that John Nash, this brilliant mathematician and economist, is also known for having fought a long battle with paranoid schizophrenia. In the interests of mental well-being, I invite you to join me for a second article to explore how we can break the Nash equilibrium, which pushes us to indulge ourselves rather than opting for the best collective solution.

1 The consequences of the actions of some players depend on the actions taken by others, with each party trying to guess or influence the behaviour of the others, or adapt to them.