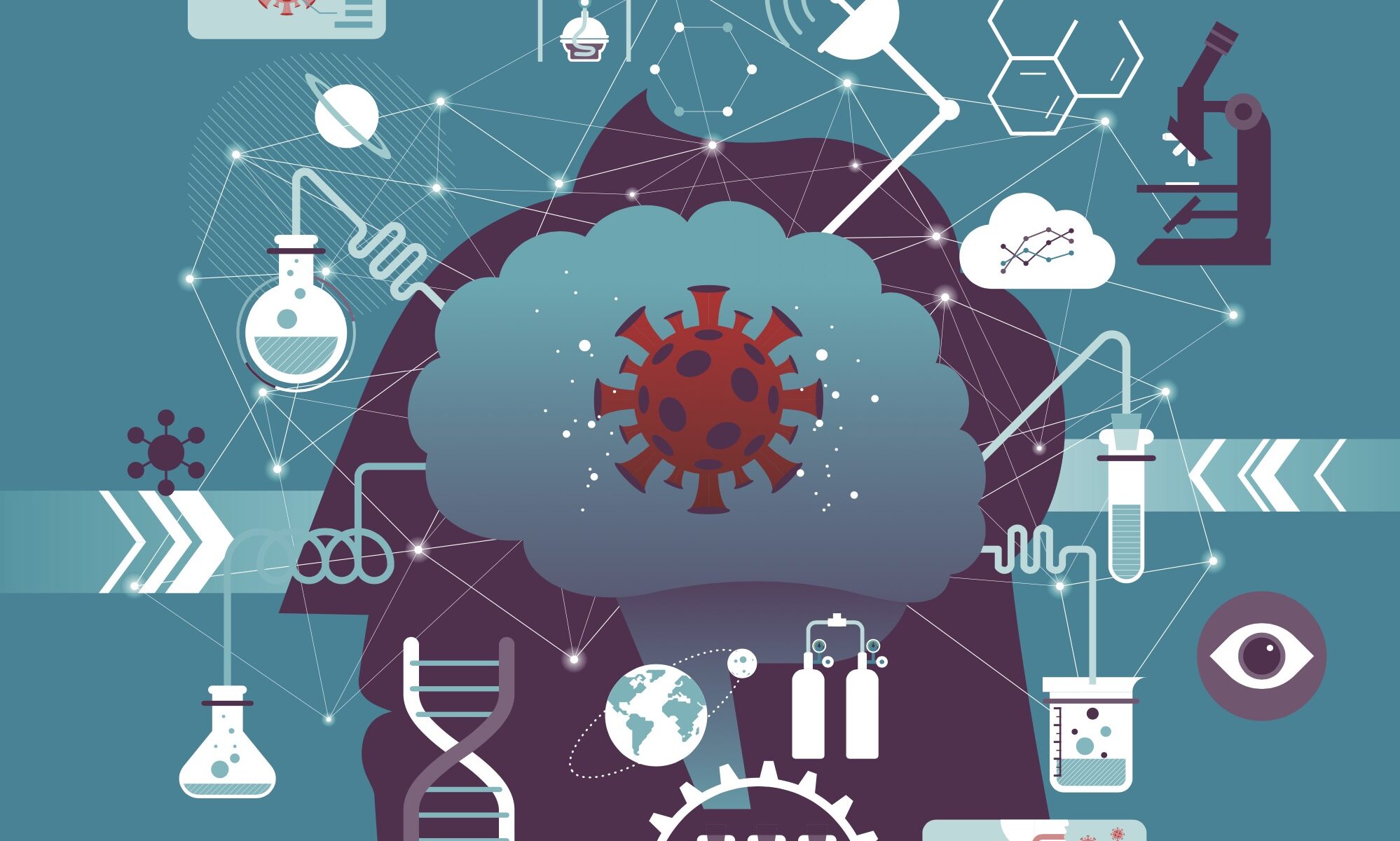 What’s the connection between toilet paper and market volatility. In theory, none, until the start of the pandemic in March 2020. Finding ourselves in uncharted territory, most of us desperately clung on to any explanation available that would help us make sense of what was happening and how we should react. This caused us to overreact to the slightest of rumours, without making sure they were accurate.

It all started with a virus that seemed far away, but which upended our lives from one day to the next and kept us locked down at home for weeks on end. Overwhelmed by the speed of developments and panicking slightly, we devoured any information we could find in an attempt to understand what was happening and adapt accordingly.

Official media, social media, hearsay – we were bombarded with information non-stop, gobbling it up in the heat of the moment and without any filtering. This was a mistake. Overreacting to each new little bit of information is often counterproductive. Times of crisis such as the COVID-19 pandemic are exactly when we need to be cautious and clear-headed about cognitive biases that could cloud our judgement and lead us to behave irrationally.

Let’s try and understand what led many of us to overreact at the start of the pandemic (for example, by stock-piling toilet paper) and this will help us to make better decisions in the future.

What informed your decisions when the pandemic hit in March 2020? You may find this question surprising, as not many people would think to ask it. However, unless you’re a survivalist or have lived in a country that has had to deal with a similar situation such as Ebola or SARS, there’s little chance that you immediately knew how to react in a pandemic.

Availability bias is the human tendency to think that things that come readily to mind are more accurate than is actually the case.

Availability bias is the human tendency to think that things that come readily to mind are more accurate than is actually the case. It draws on information that is immediately available in our memories or environment without analysing it further. This may lead us to believe that information is true simply because it has been repeated and shared so often that it comes readily to mind. It seems believable to our brains, which are overwhelmed with emotion and looking for something familiar to latch on to.

Exacerbated by a feeling of panic, this bias can lead us to make decisions that are at best ridiculous, and at worst dangerous. Just because information is available does not make it true or a sound basis for our actions. The run on toilet paper is a perfect illustration of this.

Were you one of the people who stocked up on toilet paper? Doesn’t that seem a surprising reaction with the benefit of hindsight? Yet at the time and based on the information available, it seemed the right thing to do.

It all began as a rumour on social media that stocks of toilet paper had run out in far-off countries such as Japan and Australia. Based on this totally false information, many consumers gave in to panic, rushing to the shops and artificially created shortages. It was the irrational behaviour of consumers that created this temporary disruption in supply. Stocks were at normal levels, but were not high enough to cope with the irrational run on toilet paper. It was the rumour, a false bit of available information, that created panic and led to a genuine shortage that did not exist prior to the rumour.

Many of us have certainly forgotten, but the phenomenon of panic buying is no new thing: it occurred during the Spanish flu pandemic in 1918, the H1N1 flu epidemic in 2009 and, more recently, after the devastation caused in Japan by the 2011 tsunami.

Such reactions can be explained by the fear that some of us experience when faced with a deteriorating overall situation that is beyond our control. The zero-risk bias kicks in at this point, i.e. the desire to control minor risks over which we have control, in this case, toilet paper, as a symbol of primary security. When we feel as if the walls are crumbling down around us and we can’t do anything about it, we reassure ourselves with the thought that we have at least one aspect of the problem under control.

The result is that some consumers will stock up on toilet paper. Others who are less anxious by nature will at first treat this incomprehensible behaviour with a shrug of the shoulders. But shortly afterwards they will nevertheless decide to stock up, “to be on the safe side, just in case”. The media and retailers can try and explain that the supply chain is working normally, but it’s too late. The snowball effect has started and will eventually cause the shortages initially feared.

Zero-risk bias is a tendency to focus on eliminating a small risk totally, whilst disregarding an assessment of overall risk.

The problem with zero-risk bias is that it makes us want to eliminate small risks and ignore overall risk on the pretext that we can’t control that personally. This behaviour results in an increase in overall risk, rather than a decrease. As an example, the hordes of unmasked shoppers in superstores stocking up on toilet paper in March 2020 represented a much greater healthcare risk in light of the unknown virus than the imaginary shortage of toilet paper.

The conclusion is indisputable: a highly emotional response to unverified information is a very bad basis for decision-making. Unfortunately, there is no respite from the dominance of social media for consumers to systematically check whether they are dealing with a rumour or reliable information.

During a major crisis, information proliferates on social and online media with likes and shares for things that sometimes haven’t even been read. Already worn down by the anxiety of a stressful situation, we are overloaded with information and end up believing what is most readily available rather than what is most accurate. Disinformation takes over and in the specific case of COVID-19, the pandemic was accompanied by what the World Health Organization dubbed an “infodemic”.

And the same applies to your finances.

It is evident from all this that it is paramount to keep a cool head and to learn to look past your initial instincts to make the right decisions in a stressful situation. And what is true during a pandemic may also hold good in times of strong market volatility.

Just like panic buying, we should try and avoid what the winner of the Nobel Prize for Economics, Robert J. Shiller, calls economic narratives: narratives with a fragile basis that go viral and become real just by being shared. 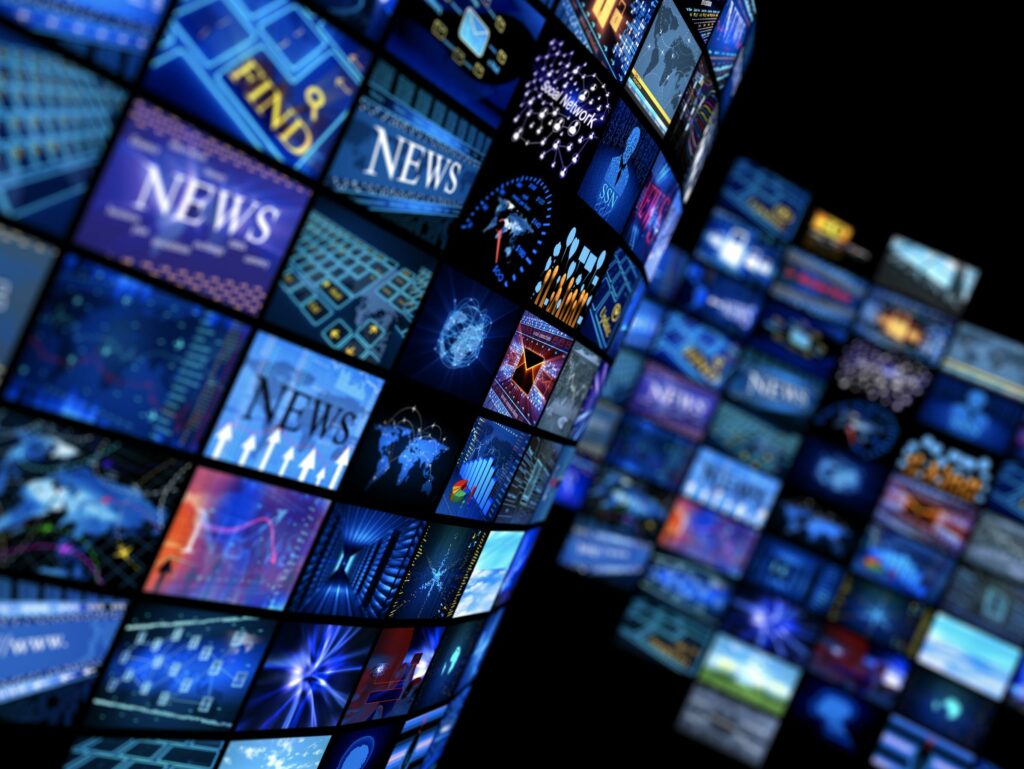 Focussing on a flood of negative information in the short term is counterproductive over the long term.

Be sceptical of rumours, particularly during a period of crisis, and especially when protecting your investments. Stop the doomscrolling, this tendency to focus on the news non-stop, especially when everything is going wrong and markets are tanking. Focussing on a flood of negative information in the short term is counterproductive over the long term.

Rely on experts in the field to guide you. They will help you distinguish between available information and facts. Contextualisation is what is often sorely missing in the information that is available during a crisis.

Your banker can also help you (re)calibrate your investments in light of the pandemic, with an update to your investor profile. Maybe the crisis was a revelation to you and you certainly look at life differently now. Some of us will feel more cautious than we previously thought. Others will feel more resilient and daring. If you fall into this latter group, it may still be worth checking with your banker that you are not suffering from an excess of optimism or normality bias. This is a tendency to underestimate the likelihood of a rare and extremely risky event such as a pandemic reoccurring in the future. Choices must be based on how the world is, and not on the belief that everything will go back to how it was previously.

Lastly, it is important to find the right tools to combat these emotional responses that prevent us from making the right decisions in stressful and worrying situations. The biggest risk for most of us is neither the pandemic nor market volatility, but the way we react to this type of event.