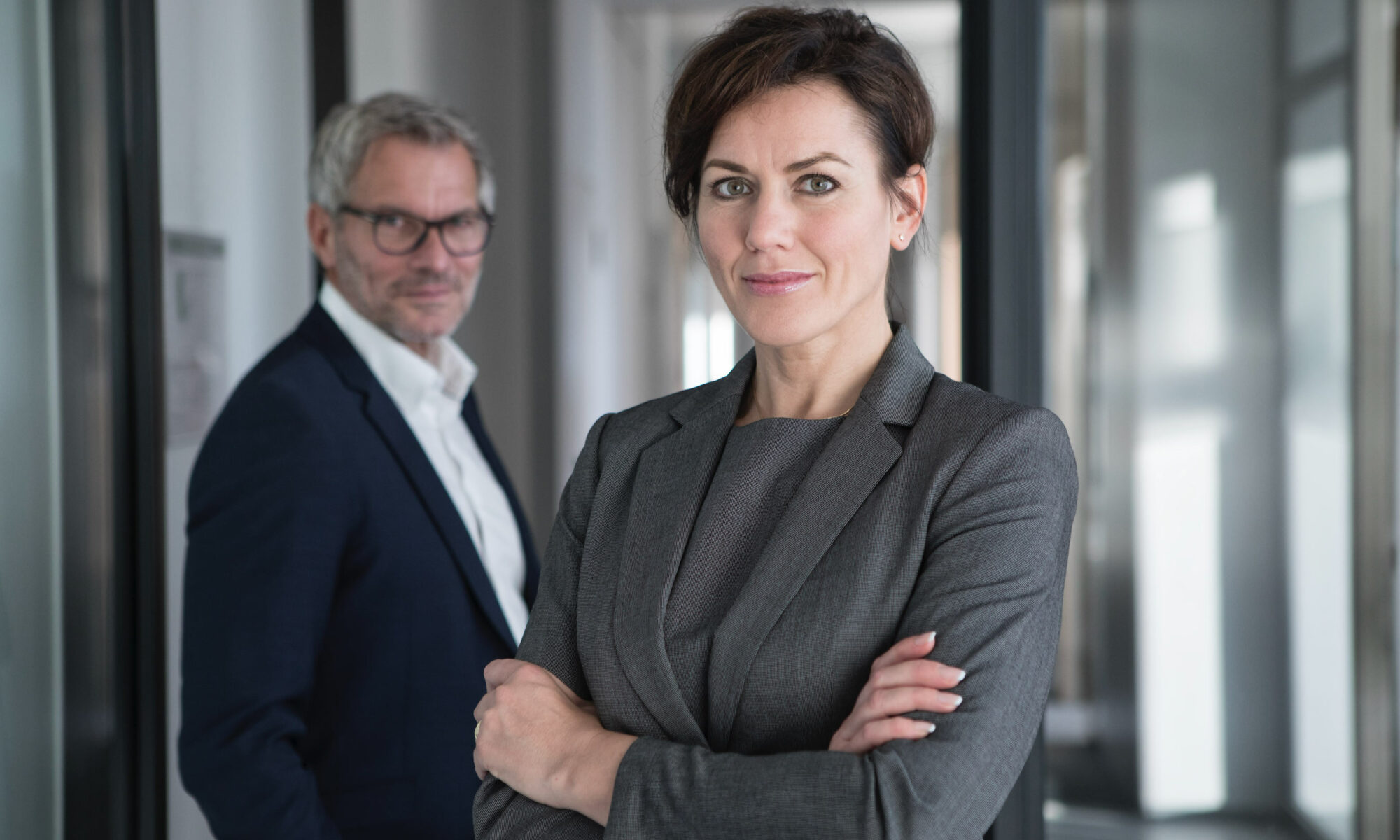 With an ever-expanding array of financial products to choose from, it is now possible to find a solution to suit every investor profile. Being spoilt for choice can make it easy for us to lose our way, though, and this often prompts us to base our decisions on stereotypes that we find reassuring, such as those relating to gender. But is there really a female way to invest? Can we guess an investor’s gender just by looking at the composition, movements and performance of their equity portfolio? It’s time to rid ourselves of these deep-rooted prejudices.

It may be true that women and men often follow different trajectories in their personal and professional lives, but we should avoid falling for marketing tropes drawing on stereotypes that may not represent us well at all. We should say right away that, whatever your gender, the most important thing to do is devise a strategy based on the specifics of your investor profile.

What do you have in common with the woman pictured in the glossy pages of a prospectus extolling the virtues of what is supposedly a “feminine” financial product? Probably nothing. By the same token, being a 40-year-old man with a healthy bank balance doesn’t necessarily make you a natural-born investor innately inclined towards an aggressive strategy.

Clichés rather than a hard-and-fast reality

Most financial products aimed at women are devised on the basis of research showing that women are more averse to losses than men. This is taken as proof that they have a lower level of risk appetite. Such studies undoubtedly exist, but that doesn’t mean we have to accept their conclusions at face value. Many of them draw on experiments in the lab during which subjects agree to undergo tests that are highly theoretical and usually lacking context. Conversely, where studies on financial decision-making have been conducted under real-world conditions, no significant gender-based differences in risk-taking have been found.

How can we explain this discrepancy and why do we sometimes observe differing levels of risk appetite among men and women? Behavioural economics shows that we are rarely objective and rational in our decision-making. Factors such as the context, social norms and our environment all have a role to play.

We have a tendency to conform to what we see as relevant norms, even if they go against our personal preferences and our own interests.

And when it comes to social norms, stereotypes can be powerful catalysts for decision-making. Risk appetite and loss aversion are particularly likely to be influenced by stereotypes. We have a tendency to adjust our behaviour to conform to what we see as relevant norms, even if they go against our personal preferences and our own interests. That’s one of the main reasons why many investors allow their decisions to be affected by gender-based clichés. What are these clichés?

It is often said that women make far more conservative, timid investors than men – when they’re brave enough to invest at all. And there are plenty of pseudo-explanations put forward to support this assertion. Apparently, women are less inclined to take risks, less knowledgeable about finance and less proficient with maths than their male counterparts. Some people even put these differences down to biological or hormonal characteristics.

These clichés (or rather these stereotypes) would be amusing if they didn’t affect real-world behaviour. Women hear such assertions so often that they unconsciously internalise them. This saps their self-confidence, which, in turn, affects their behaviour.

A lack of female role models in the investment world leaves many women finding themselves drawn to products presented as specially designed by and for women. Why? Because they need reassurance, plain and simple. The cliché of the female investor works so well when presented in this way that it can even be perceived as a social norm and become a self-perpetuating cycle. And the consequences of this are not confined to the investment world by any means: for example, it may affect who has access to managerial posts that require risk-taking.

Many women are systematically offered investment solutions that are highly conservative and potentially less lucrative than riskier products.

Female investors aren’t the only ones who find themselves embracing this norm. The person offering them investment solutions can also fall into the same trap. That’s why many women are systematically offered investment solutions that are highly conservative and therefore potentially less lucrative than riskier products.

Gender stereotypes do not only affect women. We should be just as wary of studies that make generalisations about what are often thought of as typically masculine personality traits, such as greater risk appetite, impulsiveness and a tendency to sell portfolio positions too quickly.

This investor profile definitely exists, but it is not just a boys’ club. Men can be analytical investors and just as uncomfortable with aggressive investment strategies.

Why context is the key to stress-free investing

When we’re looking to invest, we should try to avoid rigidly adhering to supposed norms. Instead, our aim should be to find the perfect solution for our profile. To that end, it can be very helpful to ask a specialist you trust to present all the possible options to you in a neutral, objective environment. Your banker is usually in the best position to do this.

Never lose sight of the fact that the context has a major impact on individuals’ decision-making and sometimes even their performance. If we turn back to the stereotypical view that women are less mathematically gifted than men, an international team of researchers led by the scientist Paola Sapienza looked into where this idea comes from. They found that it was due to women being underrepresented in scientific careers and maths in particular. With no role models to look up to, young girls are naturally drawn towards other disciplines. These prejudices can even be unwittingly perpetuated in the home, where girls are rarely encouraged to pursue mathematical careers.

And yet, these cultural prejudices have no cognitive basis whatsoever. Girls in a more neutral, nurturing educational environment, or living in a society that places greater emphasis on gender equality, perform exactly the same way as boys of the same age.

There are parallels between this example and the process of investing for women. Women are less likely than their male counterparts to enter the investment arena; this is probably because they lack female role models and are bombarded by fictitious role models and marketing that does not reflect their reality. Once they’ve taken the plunge, though, seasoned female investors take just as many risks as their male peers.

A person’s risk profile is far more important than their gender when it comes to choosing an investment strategy.

Finally, the question of whether men and women are from Mars or Venus really doesn’t matter. What counts from an investment perspective is who you are, what your circumstances are and what you want as an individual. As a matter of fact, a person’s risk profile, their personal, professional and financial situation, and their plans in life, should be given far greater weight than their gender when it comes to choosing an investment strategy.

What is true for you as an individual is just as true when you’re choosing a product. No product is perfect in absolute terms, but you’ll find plenty that correspond to your profile and personal preferences. And you’ll find others that don’t suit you at all. It’s just a case of finding the most neutral financial environment possible where you can speak in confidence with a specialist who won’t try to put you in a box. Human warmth and trust are key in this regard.

Try not to see defining your risk profile as yet another legal obligation. Instead, set about it as objectively as you can by answering each question clearly and independently. That’s the best way to help your banker support you effectively.

Whether you’re a man or a woman, it’s time to take back control and express your personal investment preferences rather than being forced to adapt to a stereotype presented on the glossy pages of a prospectus.