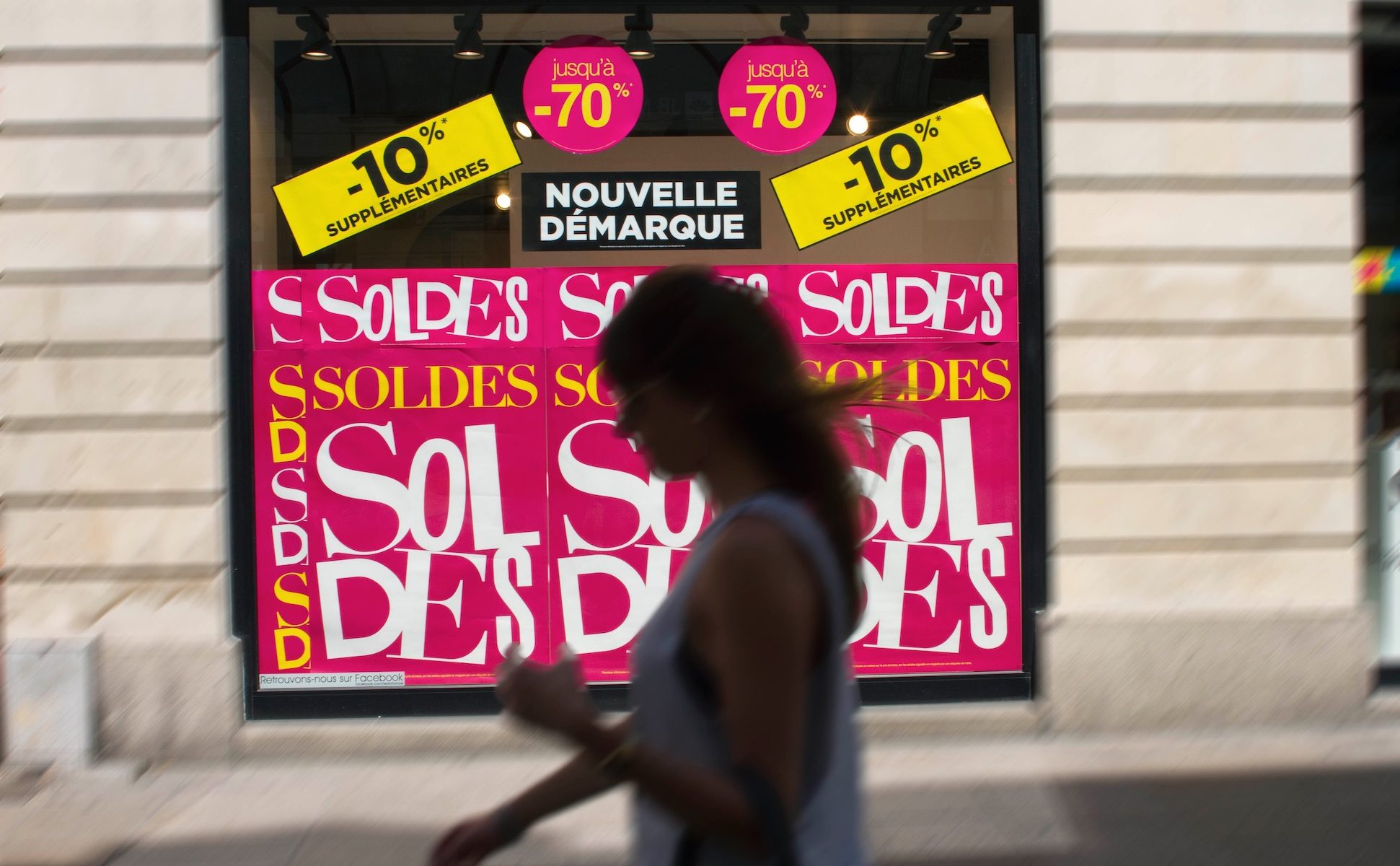 Huge, once in a lifetime sales, slashed prices and limited offers, Black Friday, Cyber Monday – it’s time to whip out the credit card! But before you start spending, ask yourself: is what you’re about to buy really a good deal, or just a clever trick by one of your favourite brands, playing on your emotions and getting you to act on impulse? To help keep your expenses under control during sales season, myLIFE has prepared some tips on how to identify bargains and recognise marketing techniques.

The holiday season is just around the corner. A time of joy and sharing, many of us also associate it with a gift-buying frenzy. Playing Father Christmas in a festive atmosphere can be a real source of happiness, as long as we can overcome the stress of spending and empty wallets. Retailers understand this, and deploy a wealth of inventive ways to alleviate this anxiety, both before the holidays and during the sales that follow. However, behind the shop window displays and eye-catching adverts, bargains aren’t always easy to find.

Particularly just before the holiday season during the famous Black Friday and Cyber Monday sales, online retailers understand that shoppers are in a festive spirit and are ready to spend, while also being anxious that they won’t find the right gifts in time. This nervous, emotional state is one retailers will therefore try to exploit.

Sales influence shoppers economically, but also emotionally. The most important thing isn’t that the shopper makes a good deal, but rather that they’re persuaded to make a purchase of any kind. In many cases, the deal can unfortunately seem so good that you let yourself get swept up and guided over to the cash register. One study carried out during Black Friday and Cyber Monday sales showed that retailers don’t always lower their prices during these high-energy periods, preferring instead to invest in marketing materials that present the illusion of a bargain. Their only goal: to get you to make emotion-driven purchases.

Now, none of us were born yesterday. We know marketers can be tricky. But perhaps most surprising of all, studies show that even being clued into the darker side of sales doesn’t always stop us from pouncing on a lukewarm deal in the heat of the moment. Who can protect us from ourselves?

Through behavioural economics, which focuses on irrationality in human decision-making, we can predict the cognitive biases that retailers will try to exploit, and sidestep the marketing techniques used to try and influence us.

The cognitive biases that play tricks on us

Let’s suppose that, during the sales, you’ve been surfing a website for hours and stumble across two cameras that you like the look of. Camera A, at €110, is on sale for a limited time only and while stocks last. Its original price is struck out, and the new sale price is €99. The site also states that this product has been very popular since the sale began. Camera B is not on sale, and is being sold for its usual price of €99.

Without thinking, you’re more inclined to purchase Camera A, which was worth €110 and now costs €99. Clearly, it’s a bargain! Your brain works out the difference between €99 and €110 and sees the €11 saving as a gain, especially because it makes Camera A the same price as Camera B, which hasn’t been discounted. What’s more, after several hours spent looking for the perfect gift, you want your decision to ensure the time you invested wasn’t for nothing. Finally, the website states that this promotion only applies to a limited number of cameras, and for a limited time. You have to buy it now… and in one click, it’s done!

Did you get a good deal? Based on what? In the end, you never asked yourself whether it was really the present you were looking for. Exhausted by your hunt for the perfect gift, you didn’t properly compare the two cameras by trying to figure out why only one of them was on sale. Ultimately, you forgot to evaluate the quality of this perceived bargain. The only thing you’re sure about is that you’ve just purchased a camera worth €110 for €99. Let’s look at all the cognitive biases that influenced your decision.

Prospect theory: when shoppers focus on changes in price. Your preference for Camera A can largely be explained by the prospect theory, first posited in 1979 by Daniel Kahneman, winner of the Nobel Prize in Economic Sciences. Contrary to classic economic theory, which postulates that you merely reflect in terms of expected utility (Should I buy it or not? Should I spend €99?), prospect theory states that humans are more swayed by changes in price than by the actual prices themselves. In other words, instead of thinking in terms of a €99 gain or loss, we think we’re winning in two ways: we’ve bought a camera and saved €11.

By crossing out the original price and adding a reduced price, the website encourages you to think from a “prospect theory” perspective. It’s all about the reference point, giving the consumer the impression that they’re a winner and not a loser. In our example, the reference point is even more clouded in the shopper’s mind, because they also see that they can now get a more expensive camera for the same price as a seemingly inferior model.

By focusing on changes in price, retailers encourage you to see the glass as half full, rather than half empty. You might have found a bargain in terms of the original price, but you’re forgetting to consider other factors that should have influenced your decision, and which may have convinced you not to make the purchase. But in this example, other cognitive tricks have also been used to win you over.

Fear of missing out. During promotional periods, real-world and online stores flood social media and other platforms with sales ads. This media saturation has a powerful influence on consumers, creating the illusion that a major social event with unique opportunities is happening. You don’t want to miss this chance!

The marketing technique behind the creation of these commercial encounters is to get us to feel the “fear of missing out”.

The marketing technique behind the creation of these commercial encounters is to get us to feel the “fear of missing out”, while in reality, the money we spend may not be for an item that truly meets our needs.

Social proof. This cognitive bias works by playing on our social instincts. Like it or not, we are social animals and we want what others have. The overwhelming urge to spend is also reinforced by cleverly orchestrated hype on social media. This considerable social influence explains why some people are willing to wait in line before a store opens, without even knowing if the sales will interest them. Their brains send them the signal that if their peers are waiting, it must be worth it.

The scarcity effect. Many retailers and stores emphasise the short-term and fleeting nature of their promotions or limited sales stock. The scarcity effect gives value to the item on sale, and you’ll tend to buy more through fear of missing out, whether or not this scarcity is real. It’s rare for shoppers to know the real extent of supplies, let alone how fast they’re running out.

The commitment effect. Most humans find it hard to commit to a specific task for a long time because it requires considerable intellectual effort. So when they do, they expect a return on their investment. Spending several hours browsing shop shelves or scrolling through the pages of a website is a cognitive investment. It therefore feels important not to have done it all for nothing, and not to leave empty-handed. During sales, beware of sites and stores that arrange their shelves or pages in a way that gets you spend a lot of time looking over them. The basic idea is undoubtedly to get you to crack.

In theory, we should logically only react to major price differences between pre-sale prices and sale prices. The left-digit effect relates to the way our brain converts numerical symbols into mental quantities, as well as the fact that we read numbers from left to right. When comparing the prices €2.99 and €3.00, our brain first looks at the number 2, and will tend to think that €2.99 is much more attractive than €3.00. Why? Because our brain has encoded the size of 2 compared to 3, even before reading both prices in full and assessing the item’s other characteristics, or the differences between two closely priced items. Through the anchoring effect, 2 becomes our reference point. Marketers therefore use and abuse prices ending in 9 to disrupt your decision-making process.

Most people prefer even a modest level of immediate gratification, rather than waiting until later for a larger return.

Instant gratification. Most people prefer even a modest level of immediate gratification, rather than waiting until later for a larger return. This results in a tendency to scramble to the latest sales without asking why prices have been slashed. Most of the time, we’re more interested in what we can have in our hands right now. Try to keep a cool head before you buy. Sometimes, simply postponing your purchase until the next day is enough to make you realise that the sale wasn’t as irresistible as it seemed.

You now have everything you need to identify the marketing tricks used by your favourite brands. But before you rush to the store, why not take the time to prepare a plan of attack for future sales ?