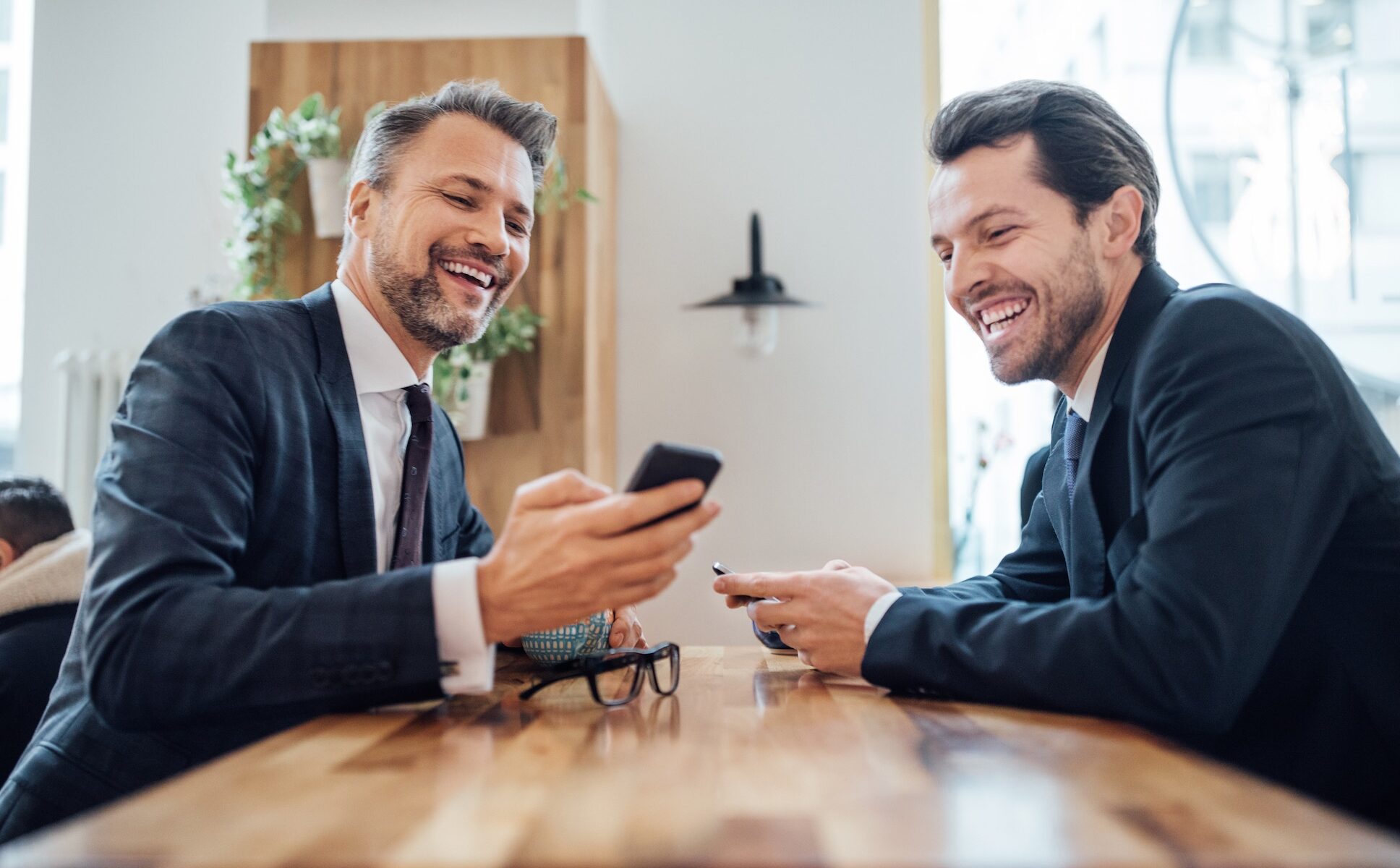 “Is it sensible to hire my brother to manage the company’s finances? Is it too risky to mix work and family?” These are the questions Simon, an entrepreneur from Luxembourg, asks himself as he weighs up whether to work with a loved one.

Simon’s company has really taken off. Now that business is booming, he needs to hire staff to secure the growth of the company he set up single-handedly in his garage just ten years ago. His top priority is hiring a finance director. And, as luck would have it, Simon’s big brother has his eye on the CFO position at the company where he has worked for several years.

Simon’s first thought is that he could benefit from his brother’s expertise and help him onto the next rung of the career ladder – he would be killing two birds with one stone! Family means the world to him, and he and his brother are very close. It may seem as though everything has fallen into place, but Simon is quick to realise that “it’s a bit more complicated than that…”

Hiring a family member or an old friend might not be such a great idea after all. Working alongside his brother might not cause any issues, but how would Simon deal with the new power dynamic between them? Life would definitely be a lot easier if they were both employees working for the same employer.

It’s not for us to tell Simon what to do, but we can take him through the points he should consider.

The first point to make is that you shouldn’t hire a loved one for the wrong reasons, such as compassion or a desire to please. It would be a bad idea for Simon to recruit his brother solely because he’s a family member. But that’s not the case here, as his brother is a credible candidate for the post.

You should hire a friend or relative on the basis of their professional skills, not because they’re a loved one. It may seem obvious, but breaking this rule could spell trouble further down the line, especially if things don’t turn out well. Hiring and firing decisions should only be based on professional competence (hard and soft skills). Not family ties. There’s nothing wrong with picking someone you already trust from a pool of potential candidates, provided that everyone has “equal or similar skills”.

For Simon, this question is irrelevant because his brother Martin has the perfect skillset for the role. Let’s carry on with the thought process…

Knowing how to avoid blurred boundaries

If Simon hires Martin, the two brothers will need to jointly address the thorny question of blurred boundaries. How will they keep their personal and professional lives separate? If they sit down for lunch together at work, are they brothers or colleagues? Is it OK to bring up urgent work matters during a family dinner? And how will Simon handle knowing so much about Martin’s private life? Should he play dumb and say nothing if Martin calls in sick on the same day he’s having new tiles laid in his kitchen?

How can Simon be objective about someone he loves? How can he avoid bias as a manager to someone who plays such a big part in his personal life? How can he step back into the little brother role at home when he’s been the boss at work all week? Worse still, how would he cope with firing his own flesh and blood if he needed to? And how would he dole out praise if his brother deserved it without worrying about his other employees seeing it as favouritism?

There is no magic formula to prevent blurred boundaries. Instead, it takes daily discipline and an acceptance that the boundaries may move around a bit over time. If this discipline is too much for you or your loved one, you should think long and hard about employing them.

Professional relationships inevitably involve financial matters. We should make no bones about the fact that money is often the root cause of conflict and frustration in the personal and professional spheres. So you can imagine what happens when these two worlds collide.

Bitterness and bad blood between the two parties can emerge very quickly. If no solution is found, the upshot will be that frustration in the professional sphere gradually seeps into the personal sphere until it destroys them both. This would be a professional and a personal failure. It’s hard to think of a worse outcome for Simon.

To avoid this pitfall as much as possible, Simon must have a clear idea of the package he is prepared to offer his future CFO, whoever that might be. Similarly, Martin shouldn’t let the fact that Simon is his brother influence his expectations. Instead, he should negotiate based on the role he is applying for. There may or may not be scope for them to reach an understanding on this basis.

There are plenty of examples of successful family businesses in Luxembourg across a range of sectors.

Simon’s track record shows him to be a strong and level-headed entrepreneur. He thinks that seeing the bigger picture will help him decide what to do, so he looks into standard practice within his professional network, at companies that have taken the gamble of mixing work and family. Many companies – from flourishing SMEs in the country or region to well-known multinationals – were founded as family businesses and have achieved over 100 years of growth without abandoning this arrangement. There are plenty of examples of successful family businesses in Luxembourg across a range of sectors.

Simon understands that these companies are bound to have come through tough times because of their unusual structure. But the fact that they are still here, and growing, shows that it really can be possible to build a successful business around a family. These companies have managed to combine professional and family (or friendship) ties, and made the best of both.

The ties you have with a loved one can turn a job into something truly special, built on a bond of trust that two mere colleagues could never hope to achieve.

Simon realises that working with loved ones isn’t all bad. The type of ties we have with our loved ones can turn a job into something truly special, helping us go further, building on a bond of trust that two mere colleagues could never hope to achieve.

As Simon continues to consider his peers’ experiences, another difficulty occurs to him. He notices that these family businesses quickly appreciated that certain topics, including financial matters, sometimes needed to be handled by a third party, someone outside the family, or a chartered accountant or banker. This ensures that decisions related to such a topic remain objective. But CFO is the exact post Simon is thinking of offering his brother…

Simon is well aware that family and professional ties should never be pitted against one another. It follows that they should be kept totally separate. It sounds so simple, but how does it work in practice? How do you draw a line between the two roles? “Roles” is an apt word, in fact, because it means being something of an actor. Just like an actor who knows he’s talking to an actor playing Hamlet (not the Prince of Denmark himself), Simon will need to see Martin as an employee rather than his brother.

Simon realises that employing his brother will require a fair amount of double think, or at the very least immense mental flexibility. From 9 am to 7 pm, he will be a company director. From 7 pm to 9 am and every weekend, he will be a brother and friend. This arrangement will have to be adopted and accepted by both, right from the start.

The family tie between Simon and his brother will not lead to any favouritism or extra tolerance. Similarly, Simon expects that his brother will treat him like any other employer. And that’s not easy for him to imagine either!

Looking beyond the emotional and family implications, decisions must be taken for the benefit of the company.

Looking beyond the emotional implications, decisions must be taken for the benefit of the company and not to serve either brother’s interests. To a certain extent, both brothers will have to submit to the company as a symbolic neutral third party. During working hours, putting the company’s interests first must be their guiding principle and the driving force behind their interactions.

Simon made his mind up and decided not to work with his brother. For the time being, he would prefer to continue managing the company’s finances himself with the help of an external accountant and expert advice from his banker. The course of events also influenced his decision. His brother ended up getting the post he wanted in his current company and he is delighted. Simon did, however, hire a cousin as a project manager and everything is going well so far. After all, the two situations are not the same.

What would you have done in Simon’s shoes? Simon’s experience shows that it’s worth thinking long and hard about whether to work with a friend or relative. Our aim here was simply to make you aware of the issues you will need to consider. Ultimately, the decision is up to you.