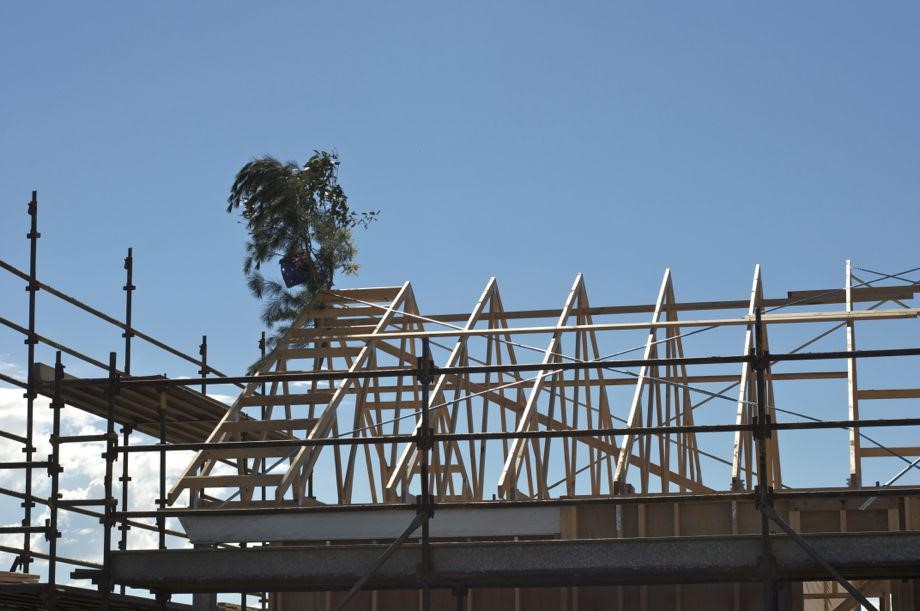 Data as of late suggests that the global economy is bottoming out after a precipitous fall in activity on the back of Covid-19 induced lockdowns. Purchasing Manager’s Indices (sentiment indicators) have gone above the 50 boom-or-bust mark in China, the US and the Eurozone while, in June, Retail Sales (and other high frequency indicators such as online traffic and credit card data) showed significant improvement. Soon enough, should risks remain at bay, the great task of rebuilding our economies will be underway – a modern day Marshall plan that will see the landscape awash in opportunities for longer-term oriented investors. That is where the “topping out” analogy comes into play. Topping out is an ancient tradition that is still upheld here in Luxembourg, whereby a tree is placed on a building that is under construction to symbolise growth, bring fortune and “ward off bad spirits”.

Indeed the global economy does not have a tree over it, but it does have a downpour of fiscal and monetary stimulus that should help coax it back to pre-pandemic growth levels – something we see as very possible, but over a protracted time period. So far, the umbrella of monetary and fiscal stimulus has been sufficient in warding off the evils of deflation. The speed and magnitude of policy efforts meant that the demand gap (because of lockdowns) was successfully bridged, while credit markets were prevented from drying out. Indeed, the IMF estimates that over $10 trillion in fiscal stimulus packages have been rolled out globally, while, on the monetary policy side, over 30 central banks cut rates, while many injected liquidity and began buying large swathes of the bond market, even dipping toes into the realms of high-yield. With support that was borderline unconditional, equity markets enjoyed their best quarter in 20 years between April and June, revealing hopes that the deepest economic contraction in living memory may also be the shortest.

Consumer demand will also be crucial given that consumer spending was the backbone of the economy prior to the crisis.

However, Rome wasn’t built in a day and our economies will need continued support throughout their reconstruction, from central banks and governments. Consumer demand will also be crucial given that consumer spending was the backbone of the economy prior to the crisis. Indeed the unprecedented drop in the US’ Q2 GDP was in a large part driven by a 34.6% fall in consumer spending (annualised).

Just as different countries have different versions of the “topping out” ceremony (in the US, the last beam of a skyscraper is often painted white and signed by all the workers involved, in the Netherlands there is “pannenbier” (“roof tile beer”), where a national, regional or city flag is hung once the highest point of a building is reached and lowered once the owner provides the workers free beer, or, in the Nordics where sheaths of grain were once put on top of the construction for Odin’s horse), recovery packages differ significantly between countries.

The US Federal Reserve has pledged that it will do what it can for as long as it can to support the US Economy and that it is “not even thinking about thinking about thinking about” raising rates above the current range of 0-0.25%, while continuing with “unlimited” quantitative easing. Though more monetary support could come in September, this will not be sufficient, a feat that Jerome Powell himself has acknowledged. For a strong recovery to take hold, fiscal support will also be crucial. The US has already rolled out a $1 trillion package and now another seems to be the subject of political gridlock in Washington.

Europe finally managed to approve a joint recovery package, with all member states agreeing to a deal that will dish out EUR 390 bn in non-repayable grants and EUR 360 bn in low-interest loans. In the meantime, the European Central Bank is ploughing through its EUR 750 billion envelope (the Pandemic Emergency Purchase Program), while its deposit facility rate is anchored at -0.5%.

China has tried to roll-out more targeted measures rather than broad-brushed policy support. It has focused on direct support for corporates, especially SMEs. Other emerging markets do not have the luxury of rolling out “whatever it takes” policies, knowing that if they abandon fiscal prudence, they will be punished in the bond markets.

As the World Economic Forum recently wrote, the period following a catastrophe requires the most imagination, but it will be needed more than ever in the aftermath of COVID-19. We cannot expect our post-Covid societies to be a carbon copy of what they once were, things have changed, permanently. In the anticipation of the great rebuild, we have identified two themes that traverse almost every sector which we think will shape the future and decipher winners from losers: sustainability and digitalisation.

Sustainable investing is likely to be accelerated and digitalisation will continue as another major theme as we rebuild our economies.

The pandemic which did not discriminate geographically, has shaken up entire societies, often exposing shortcomings – especially when it comes to just-in-time supply chains, the “gig” economy,  social security systems and access to healthcare. It also highlighted the fact that our relationship with nature is symbiotic. Because of this, sustainable investing (i.e. the use of ESG – environmental, social and governance criteria) is likely to be accelerated. Indeed, we have a unique opportunity to rebuild our economies “the right way”, reducing our dependence on fossil fuels. Already the European Union’s Green Deal demonstrates a willingness to take advantage of this rare opportunity to rebuild “the right way”. The US presidential candidate Joe Biden has also proposed a $2 trillion green infrastructure package. As we noted in a previous myLife article, the migration towards low-carbon will be disruptive, offering new investment and earnings opportunities.

Digitalisation will continue as another major theme as we rebuild our economies. At some point during the pandemic, one-third of the global population had some kind of restriction on their movement, yet we still had the world at our finger tips as workplaces, schools, universities, retailers and even museums quickly shifted operations into the digital realm to allow continuity. On this front, it is unlikely that the toothpaste can go back into the tube. Big data, cloud computing, automation, AI, the Internet of Things are the themes to watch. Companies that resist technological transformation could find themselves antiquated pretty quickly.

While we are optimistic about the opportunities arising from the reconstruction of our societies and the vast amounts of government money being poured into this worldwide project, there are, however, risks to the recovery. These are largely epidemiological in nature. Even the Federal Reserve’s most recent statement emphasized the importance of the evolution of the virus for the economic outlook. This is intuitive. If the virus re-emerges (as has been seen in the Sun Belt states in the US), governments face increasing pressure to roll-back their re-openings which means business profits continue to suffer and consumers could once again tighten their purse strings. Until a vaccine is widely available, it is difficult to imagine that our economies can function as normal. Other key risks stem from policy (it is yet to be seen what will happen when emergency government schemes expire), and politics (especially with a more hawkish rhetoric emanating from the US, ahead of the November Presidential election).

Because of these risks, we can say it’s not yet time to share a pannenbier – the road to recovery will be measured in quarters and not months. So, for now, we keep a defensive stance in our portfolios, balancing out equity risk with gold and government bonds, while focusing on high quality names, especially those that look well poised to take advantage of the aforementioned structural changes. We also emphasise agility, implementing what we have dubbed a “palm tree” approach: When a storm comes, a palm tree bends with the wind, it doesn’t fight against it. Most other trees snap during the heavy winds because they are too rigid. When the terrain is so uncertain, flexibility is more crucial than ever and we remain ready to adjust our tactical allocation should the sands shift.

When the terrain is so uncertain, flexibility is more crucial than ever.