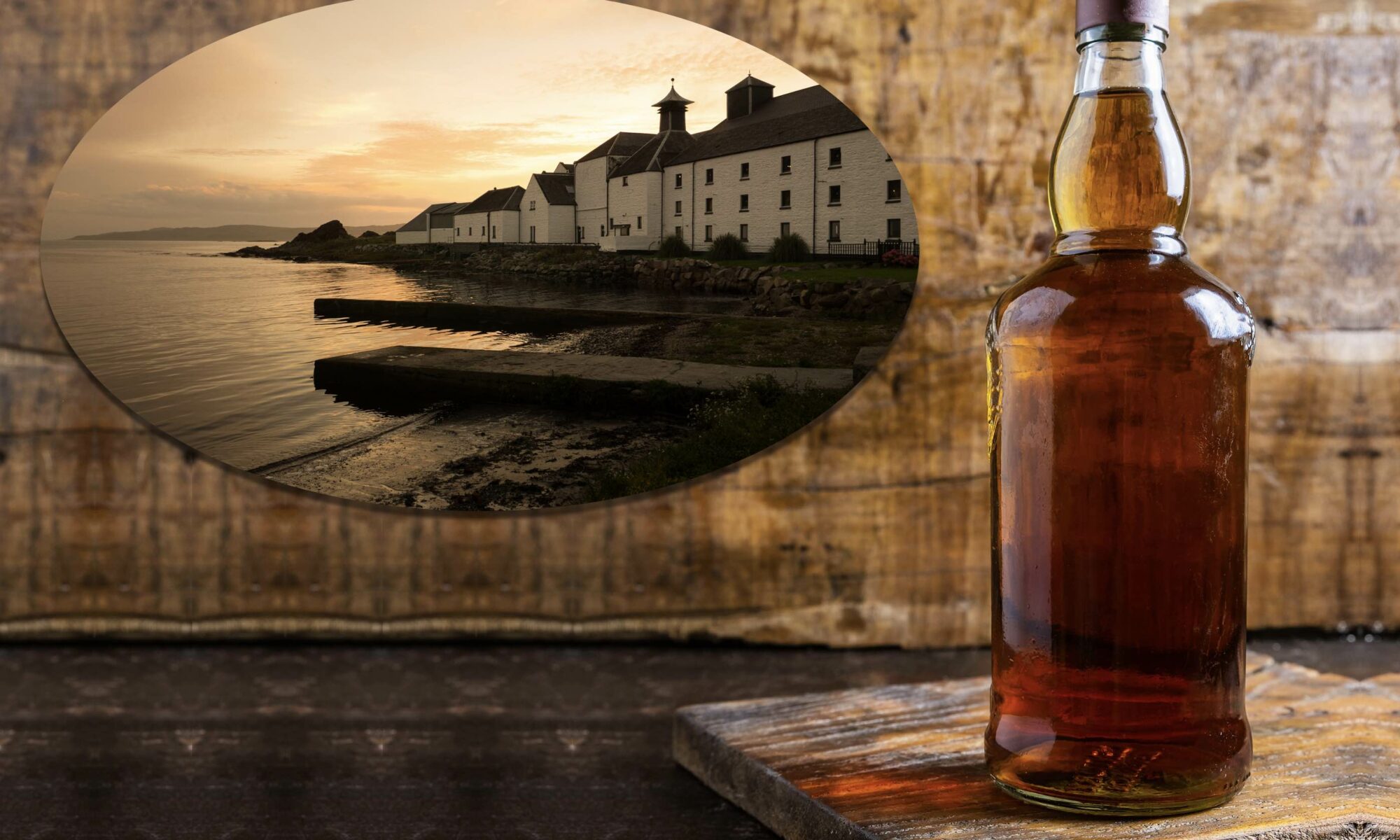 Whisky has been one of the more successful luxury goods investments in recent years, supported by growing recognition from connoisseurs around the world. Even if it doesn’t work out as an investment, it should at least make for a good party.

In September 2021, the Yamazaki 55 had its first international release. It was the oldest Japanese whisky ever to reach the market – and came with a price tag of $60,000. With just 100 bottles made available, getting hold of one was no easy task, and they are now changing hands at far higher prices.

Creating whisky is an art form every bit as intricate and sophisticated as making wine. The Yamazaki 55 blends three single malts distilled in the 1960s, each aged in different oak barrels and created by a different whisky master. Distillers each have their own style, flavour and following.

The price tag won’t raise eyebrows among those with experience of whisky markets. In June 2021, 24 bottles of China’s premium brand Kweichow Moutai sold for $1.4 million. In October, Sotheby’s auctioned the Dalmore Decades, a selection of six single malt whiskies from six decades, which fetched $1.1 million.

Whisky has been a good investment over the past decade, sitting alongside Hermes handbags at the top of the Knight Frank Luxury Investment Index for several years. Auction values indicate that the best whiskies have increased in value by 262% over the past five years, about double the return on a portfolio of global equities. Prices weakened at the start of 2021, but the Knight Frank Rare Whisky Index subsequently moved back into positive territory.

The market has been supported by rising demand from developing countries in the Asia-Pacific region, particularly India and China. Such is the level of demand that in July 2021 an entire whisky distillery was shipped from Scotland to China, including 35 tonnes of equipment. 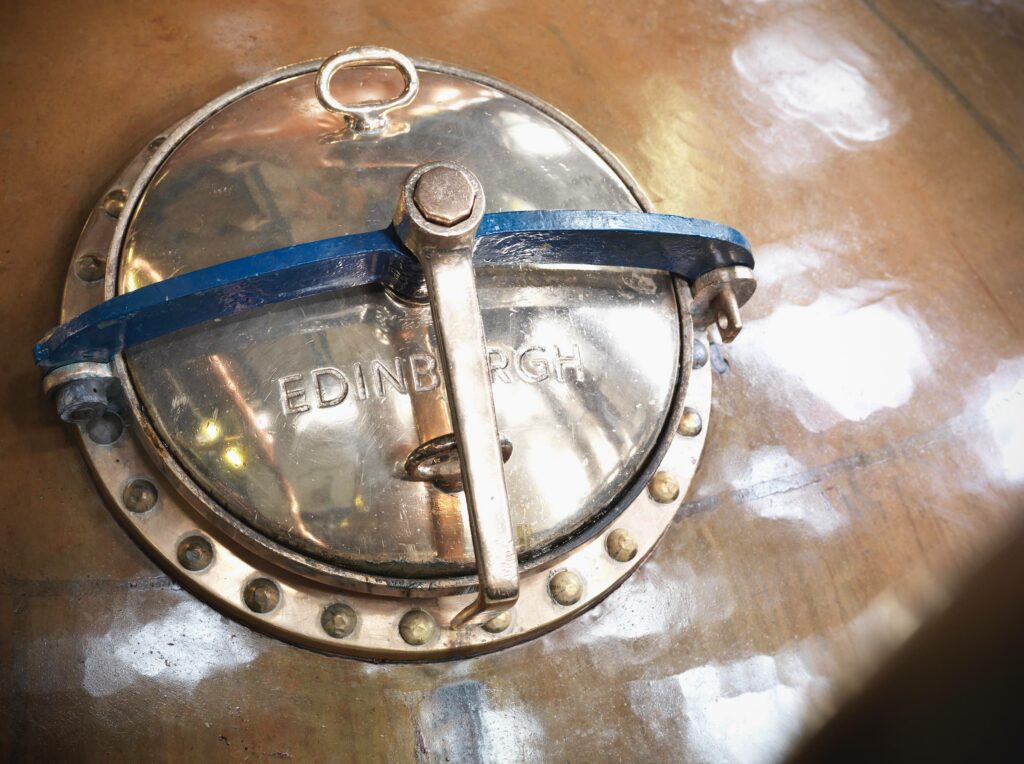 The value of direct exports from Scotland to China has grown from less than £10 million in the early 2000s to around £107 million in 2020.

Distillery equipment specialist Forsyths, from Rothes near Inverness, sent a team of five engineers to supervise assembly of the facility and has a team in Hong Kong to provide after-sales back-up and services. The value of direct exports from Scotland to China has grown from less than £10 million in the early 2000s to around £107 million in 2020.

There is no single benchmark for the wholesale pricing of whisky, which can make judging financial performance difficult. For example, there are times when cheaper whiskies do well and the market for the most expensive varieties dries up, and vice versa. Recently, an index of the 50 rarest whiskies has stagnated, while the price of (relatively) cheaper products has held up well. In 2020 the trade in bottles priced at more than £5,000 fell by a quarter, while that of products going for less than £1,000 rose by more than 10%.

Most investors simply buy and sell individual bottles, which can be obtained through specialist dealers or at auction, but need to be stored correctly. Investors need to factor in a supplement of 15% to the cost of purchase for storage and auction fees. A note of caution is in order: the sector attracts a lot of scammers, and fake products or empty bottles are often advertised on the internet. Buying at auction provides purchasers with some protection.

Another option is to buy a cask, which can produce 200 to 300 bottles. These cost from about £5,000 upward and can be bought through specialist whisky groups. Investors need to consider the cost of bottling the whisky – there are providers available to do this. In Scotland, as part of the UK, excise duty is normally payable when bottles are dispatched to their purchasers.

Alternatively, the cask can be sold on to other investors or to a buyer who wishes to bottle the whisky. Investors should normally expect to hold the cask for 20 to 30 years. There are greater risks but potentially higher rewards if the whisky matures well. It is worth noting that by law, Scotch whisky can be matured only in an excise warehouse in Scotland that has been verified by tax authority HM Revenue and Customs. 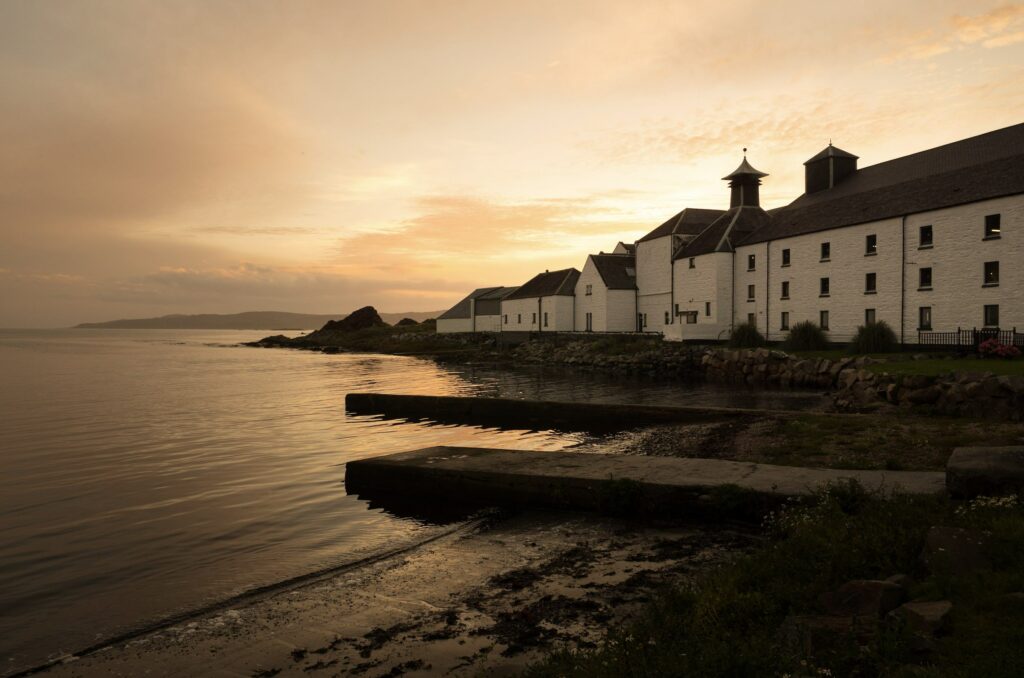 Scotland still has around 90% of the whisky market, so it’s the best place for novice whisky investors to start exploring. It also has its share of bloggers, experts, tours, and a Scotch Whisky Association.

Scotland still has around 90% of the whisky market, so it’s the best place for novice whisky investors to start exploring. It also has its share of bloggers, experts, tours and a Scotch Whisky Association, whose website has details on the history of whisky and details on how it is made.

There is a growing sustainability movement in the Scotch whisky industry. The Scotch Whisky Association was the first UK food and drink trade body to partner with Race to Zero, the UN’s campaign to promote carbon-reduction initiatives worldwide. The association has set a goal for the industry to become carbon-neutral by 2040.

Some producers have already reached that goal. The Nc’nean Distillery (pronounced nuc-knee-un) at Morvern in western Scotland has the carbon footprint of a single flight from the US to the UK for its entire operation, which it offsets by planting trees. The firm uses renewable energy and recycles all but 0.03% of its waste.

Nc’nean has also taken steps to ensure that its supply chain is carbon-neutral and uses recycled glass in its packaging. This approach could be an important area of differentiation for whisky manufacturers as the global movement to curb carbon emissions gains ground. But that’s not all – the distillery say its whisky has “notes of lemon curd, poached peaches, juicy apricots and spicy white pepper”. It should help amateurs save the planet… with wisdom and moderation.