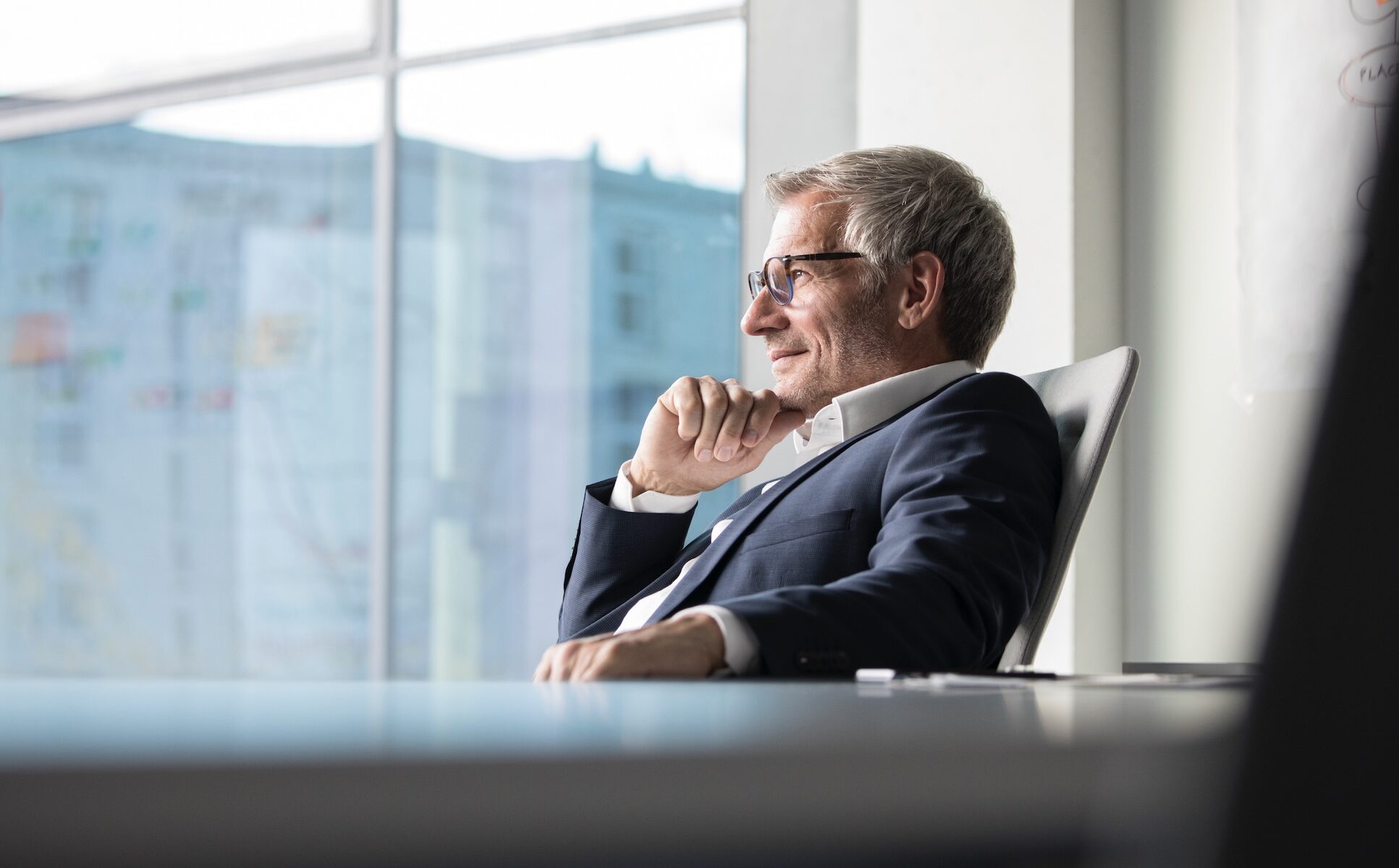 Are you a self-made man or woman who has created and built up your business under your own steam? While you have every reason to be proud of the progress you’ve made, be sure not to sit on your laurels. Keep questioning yourself!

It hasn’t always been easy but your company hasn’t encountered any major obstacles so far. All systems are go. It might now be time to change things up a gear, make some crucial hires, take important investment decisions, open up your capital to a new shareholder or plan to expand abroad. There’s no reason to be afraid. After all, your skills have always allowed you to sail through challenges in the past and you’re sure it’s the right thing to do.

But is this profound sense of self-belief warranted? Of course, you have a long track record of successes to justify it. But have you also taken the time to humbly take stock of occasions when you’ve failed? Believing in yourself is one thing, but thinking that you’re infallible is a source of arrogance and error. This is called a “self-serving bias” and, as the saying goes, “pride comes before a fall”.

You can be blinkered when it comes to your mistakes; in order to help you be more open to accepting your errors and avoid repeating them in future, let’s look at this phenomenon more closely.

Self-serving bias is a phenomenon whereby you always perceive yourself in a light that is (too) favourable.

What is self-serving bias?

Self-serving bias is a phenomenon whereby you always perceive yourself in a light that is (too) favourable. It describes the individual’s inclination to attribute their success to their own qualities (internal causes) and blame their failures on factors that are unrelated to them and over which they have no control (external causes). We have all fallen victim to this bias at some time or other, for example during our school days. We earned our good grades through hard work and intelligence. Any bad grades were of course the fault of overly strict teachers who didn’t like us.

Let’s not beat around the bush: like you, we like to present ourselves in a favourable and flattering light. It nurtures our ego and opens doors for us, especially when we can take credit for something that has been a resounding success. This isn’t necessarily a huge problem, as long as we are still able to put things into perspective.

Psychological and economic literature highlights that entrepreneurs who have managed to grow their businesses tend to boast about their personal qualities and skills and play down the contribution made by sheer good luck. And when they fail, the same entrepreneurs generally jump to blame bad luck or a mishap or find excuses so that they don’t have to point the finger at themselves.

We are rarely objective when it comes to assessing our own performance (or lack thereof). This is why it is important to always be wary of testimonials on sites like LinkedIn that explain why certain entrepreneurs or sportspeople are successful. In all likelihood, the person behind these accounts is only telling the part of the story that casts them in a positive light, failing to mention – whether consciously or subconsciously – certain past mistakes or luck.

In psychology, self-serving bias is studied through the lens of attribution. In order to better understand and decipher our environment, we constantly seek to identify the causes of the social interactions and events we experience.

For example, making a highly profitable investment might be put down to an investor’s investing prowess, to the effort they put into growing their investment or simply to a stroke of luck following entirely unpredictable market conditions. Under the influence of the self-serving bias, individuals have a distorted view of their own ability and ignore external factors. Our investor will therefore believe that their success is solely attributable to their impeccable market analysis. On the other hand, they will attribute losses made on other financial investments to bad luck or poor advice from a third party.

This bias can be particularly harmful to entrepreneurs because it leads individuals to ignore their flaws and failings. They may then lose all sense of self-criticism and get wrapped up in a delusion of infallibility, with the potential to harm the future of their business. In short, they are no longer capable of learning from their mistakes.

Humility as a vector of success and leadership

To achieve your goals and ambitions in both your professional and private life, you need to be able to learn from your mistakes to improve. But, if you become incapable of attributing any failures to mistakes you have made, it becomes much harder to progress.

Failure is an inevitable part of life and of any entrepreneur’s journey. Only those who do nothing will never fail. Failure is a sign that you have stepped outside your comfort zone. Failure becomes “noble” if you are able to learn constructive lessons for the future.

Having the humility to recognise your failings is a sign of maturity and is crucial for progress.

No one takes pleasure in acknowledging their mistakes and people are often afraid of losing face if they do. Having the humility to acknowledge your failings is a sign of maturity and is crucial for progress. However, constantly blaming others for mistakes and only taking credit for the wins are toxic management behaviours.

Let’s come back to your position as an entrepreneur. Knowing how to own your mistakes demonstrates a level of maturity that legitimises your leadership and which builds trust, whether among shareholders, employees or those who are prepared to give your projects financial backing. You absolutely have to be convinced that there is value in failing and take responsibility for your actions.

By refusing to be accountable for your mistakes, you might be able to retain a good image of yourself but, in the long run, you are not fooling anyone. And that will jeopardise your business. How can you build something sustainable with a leader who cannot accept their mistakes? Rest assured that we in no way want you to fail. We simply want to encourage you, when it does happen, to take responsibility, to accept criticism and to analyse any pointers with a cool head to allow you to move forward.

Do you keep a journal of your investments or business decisions? Doing so will allow you to cross-reference any criticism with the reasons that drove certain decisions. You will be able to see whether you were right or if you clearly made mistakes that can be corrected. You may even be able to identify certain detrimental decision-making patterns that you can completely review in future.

It is only by accepting and examining your mistakes that you will learn from them. Self-serving bias has always been harmful for entrepreneurs. If you needed any convincing, go back to the fable of ‘The Ingratitude And Injustice Of Men Towards Fortune’ (L’ingratitude et l’injustice des hommes envers la fortune) by Jean de La Fontaine. Here is an excerpt: 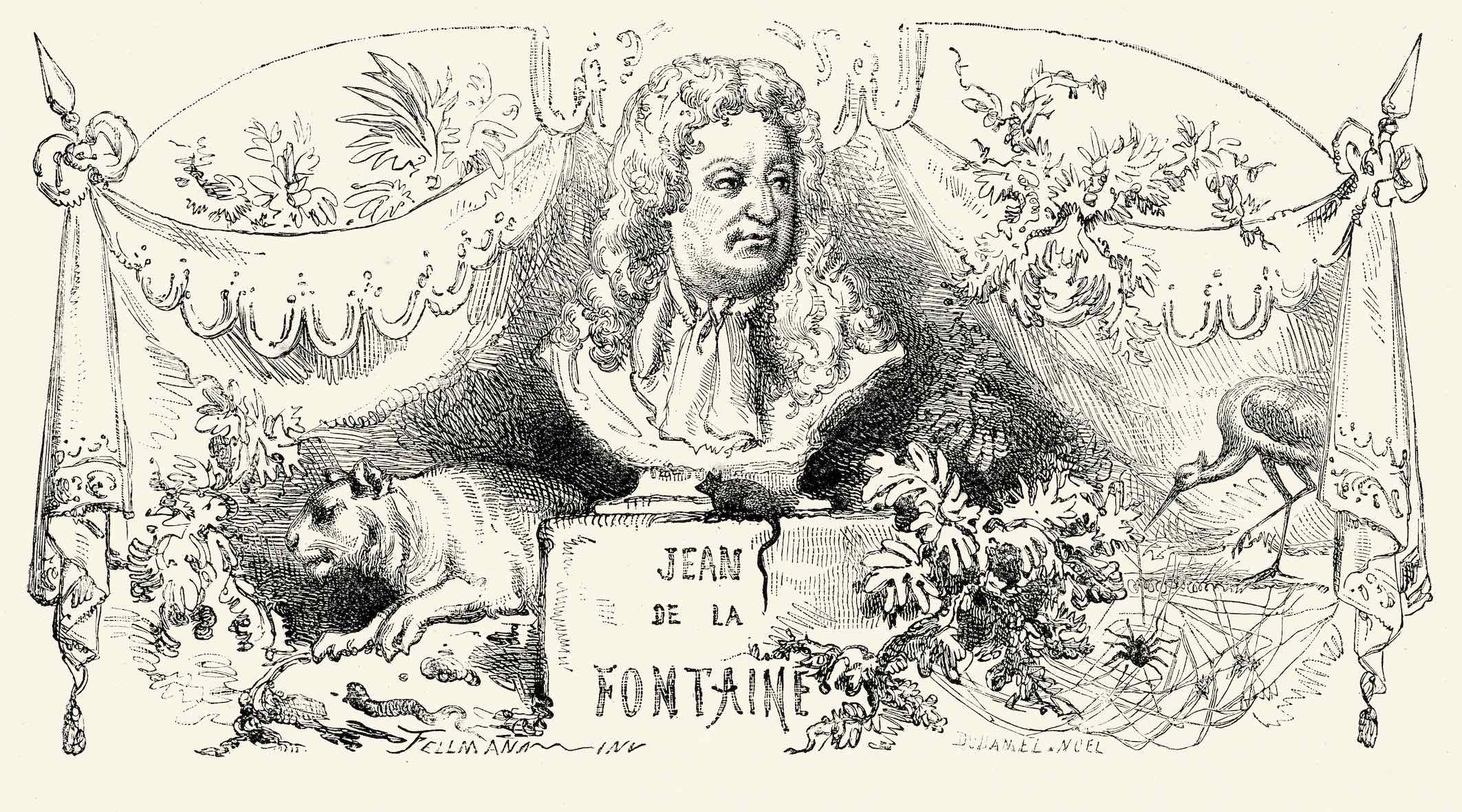 A trader on the sea to riches grew;
Freight after freight the winds in favour blew;
Fate steer’d him clear; gulf, rock, nor shoal (…)”

A bosom friend, a look his table giving,
Inquired whence came such sumptuous living.
‘Whence should it come,’ said he, superb of brow,
‘But from the fountain of my knowing how?

I owe it simply to my skill and care
In risking only where the marts will bear.’

And now, so sweet his swelling profits were,
He risk’d anew his former gains:
Success rewarded not his pains
His own imprudence was the cause (…)

‘For, if to make you rich the dame denies,
She can’t forbid you to be wise.’

What faith he gain’d, I do not wis;
I know, in every case like this,
Each claims the credit of his bliss,
And with a heart ingrate
Imputes his misery to Fate.