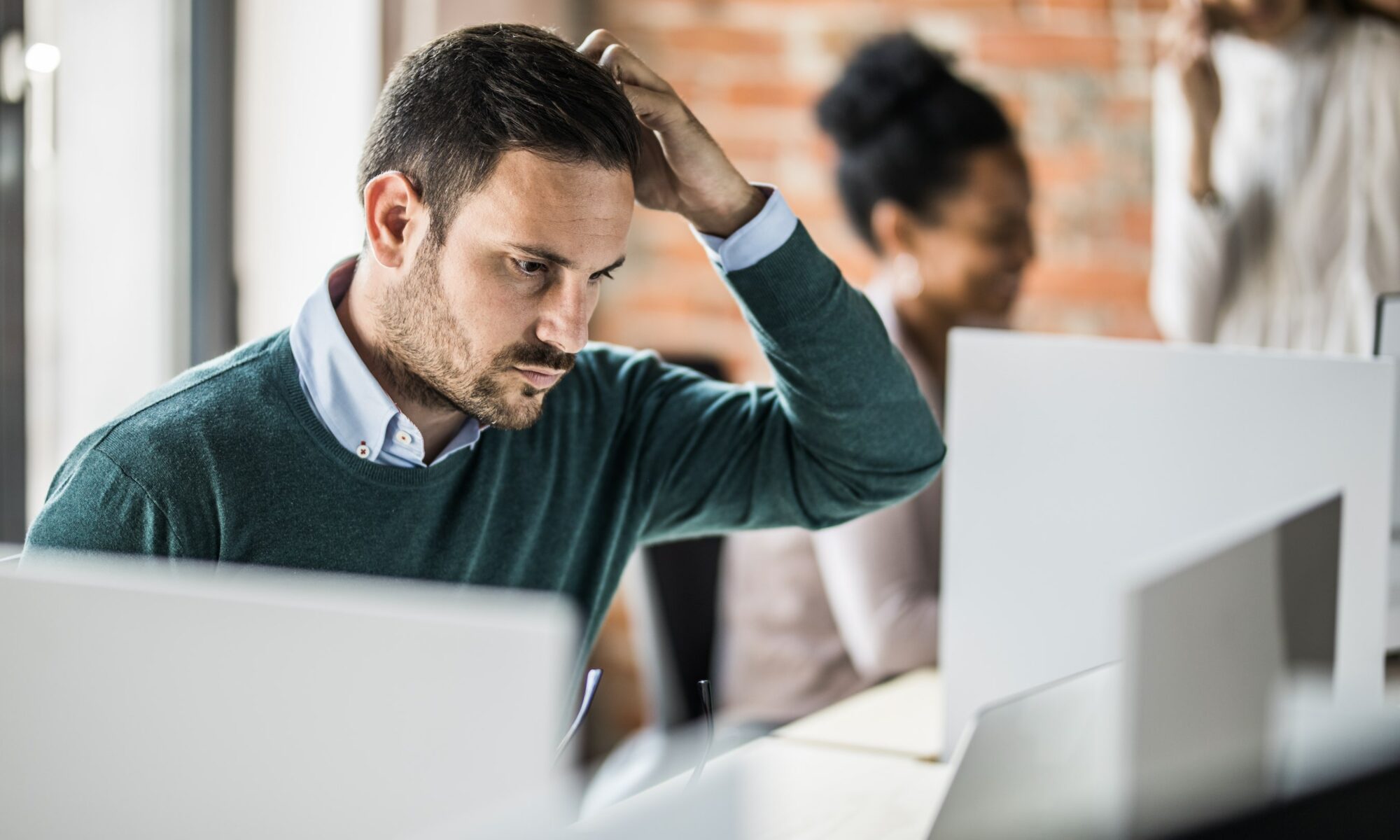 So, you’ve decided to embark on the great adventure that is life as an entrepreneur. Some of the people around you admire your courage – others think you’ve lost the plot. To prove the naysayers wrong, you’ll have to keep a cool head and guard against the cognitive bias that could cloud your judgement. Your success depends on it!

“You’re setting up your own company? Wow, you’re so brave! It’s such a huge risk, I’d never dare.” Is all of this sounding familiar? Studies have shown that entrepreneurs are more inclined to take risks than the average person. That doesn’t mean they’re reckless, though. They do their homework and try to minimise risks where they can.

Even so, while a well-constructed business plan and good partners are a must, they’re not all you need to give your company longevity or ensure its success. Your success depends as much on your decision-making as it does on more prosaic strengths. And our decisions are systematically influenced by emotions and forms of cognitive bias that we have to learn how to master rather than deny.

Being an entrepreneur often boils down to making decisions. And making decisions means not only using our judgement but also learning how to overcome factors that could lead us to errors of judgement.

Being an entrepreneur often boils down to making decisions. And making decisions means not only using our judgement but also learning how to overcome factors that could lead us to errors of judgement. In behavioural science, these factors are known as cognitive bias. In this article, myLIFE explains how to recognise and avoid the main forms of cognitive bias that prey upon entrepreneurs. These forms of bias can be beneficial once you have them under control – there would be no innovation without risk-taking, after all – and they can even help you hone your intuition over time.

Here’s our list of the six forms of cognitive bias that are typical of entrepreneurs. You’ll need to master them all if you want to make a success of your venture.

1. Temper that feeling that you are all-powerful (overconfidence bias)

Overconfidence is definitely the most important form of cognitive bias to overcome when you set up your own business. Being the founder or director of a company gives a person a form of psychological power. Watch out, though, because this feeling of being all-powerful can make you overconfident when it comes to making decisions and managing specific situations. Often in evidence when an entrepreneur has a difficult task to complete, the gap between objective reality and the entrepreneur’s belief in their own judgement is a typical symptom of overconfidence.

The risk. Being overconfident could trip you up and lead you to overestimate your ability to accomplish a task or underestimate the consequences of a potential failure. Linked to a certain tendency to take risks, this blindness to your own limitations could land you in hot water or even compromise the future of your business.

The solution. You need to learn to recognise your own limitations and humbly admit that you don’t have the required skills or knowledge to overcome every challenge you face alone. In other words, while it’s obviously important to believe in your project when you set up a business, you should get into the habit of asking for a second opinion, whether from a friend, a business contact or an independent expert. Learn to delegate and don’t shy away from hiring people with a skillset that complements your own as soon as you’re able to.

Entrepreneurs who are overly confident in their own success often think, “I know what happened to my competitor, but that would never happen to me”.

Optimism bias is par for the course with entrepreneurs – especially those already prone to overconfidence. In the mind of entrepreneurs who are overly confident in their own success, this often manifests itself as the following thought: “I know what happened to my competitor, but that would never happen to me”.

The risk. Optimism bias can lead you to make decisions based on belief alone rather than objective facts. And that can cause you to take excessive risks in your decision-making.

The solution. As an entrepreneur, you should learn to hope for the best but plan for the worst. You’ll need to make a conscious effort to bring reality, and the signals it’s sending you, back into your decision-making process. Get into the habit of carrying out what’s known as a “pre-mortem”. This involves making a list of every possible catastrophe or event that could cause your business to fail. Then, you can think about possible solutions you could implement if one of these worst-case scenarios were to materialise. The aim here is not to be pessimistic – just realistic!

Entrepreneurs who are too sure of themselves tend to seek out or interpret information in a way that confirms their preconceptions. This means that they turn a blind eye to anything that casts doubt on their viewpoint and judgements.

The risk. Confirmation bias can lead you to ignore vitally important information for your company just because it doesn’t fit your narrative.

The solution. Don’t let your opinions take precedence over reality, listen to feedback and be mindful of your limitations. As an entrepreneur or founder, you need to accept criticism and bad news so as to maximise the chances that your venture will be a success. Constructive criticism is always valuable.

Many entrepreneurs underestimate the time or resources they need to get their business off the ground.

4. Stop setting deadlines that are too ambitious (planning fallacy)

Many entrepreneurs fall victim to a bias that makes them underestimate the time or resources they need to get their business off the ground.

The risk. This planning pitfall, which is often linked to excessive optimism, can be fatal for companies with no “plan B” if the resources available or the time set aside aren’t enough to achieve the desired outcome.

The solution. Embrace the idea that things rarely go as initially planned, especially in the world of entrepreneurship. Identify risks and potential obstacles, build unforeseen delays into your schedules and always make sure you have a “plan B”. You may be keen to get everything done straight away, but you should set yourself reasonable deadlines for achieving your goals.

5. Know when to cut your losses and change course (sunk cost bias)

This form of bias describes our tendency to carry on with a project at all costs on the basis that we’ve already invested a lot of time, effort or money into it. Whether or not the actual costs are greater than the potential gain, we refuse to give up on something that has already cost us so dearly, even when it seems obvious that the results we’re hoping for can no longer materialise. We say to ourselves, “I’ve already got this far and put in all this effort – there’s no way I’m stopping now!”

The risk. This blinkered attitude can take you down a destructive path for your company and leave you with no way out. Unfortunately, hard work doesn’t always pay off. If a company founder keeps digging when they’re in a hole, they’ll waste time and money on a project that isn’t viable.

The solution. The first step is to understand and accept that success isn’t always a given just because you’ve invested a lot of time, effort and money in a project. It’s important to recognise when an objective might not be realistic or when it’s better to call it a day. How can you tell? First of all, by learning not to overvalue the importance of what you’ve already invested. The question right now is whether the incremental effort required is worth it and whether your remaining resources wouldn’t be better invested elsewhere. Failure is a bitter pill to swallow, but it’s preferable to digging yourself into an even deeper hole.

Faced with overly varied or complex options to choose from, an entrepreneur may decide not to decide and refuse to act.

This form of bias refers to our preference for things to stay as they are. Faced with options that are too varied, decisions that are too complex or an environment that is too uncertain, an entrepreneur may decide not to decide, and refuse to act. They think they’re being careful and weighing up their options. And there’s nothing wrong with that, provided that they don’t get stuck with the status quo. After all, being an entrepreneur is about breaking the mould!

The risk. The greatest risk is missing out on a major opportunity for your company because it requires a clear and fairly fast decision.

The solution. Try to understand the root cause of your inability to act. Draw up a list of potential causes to find out what’s driving your resistance to change; it is sure to be coming from somewhere. Surround yourself with people you can trust within your company, who can help you make important decisions when you need to.

The forms of cognitive bias that prey upon entrepreneurs don’t have to be your enemies. You can even turn them into allies. Just remember that the entrepreneurs who take ill-considered risks are those who are least aware of the cognitive bias and emotions affecting their decision-making. Knowing your weaknesses is a strength!