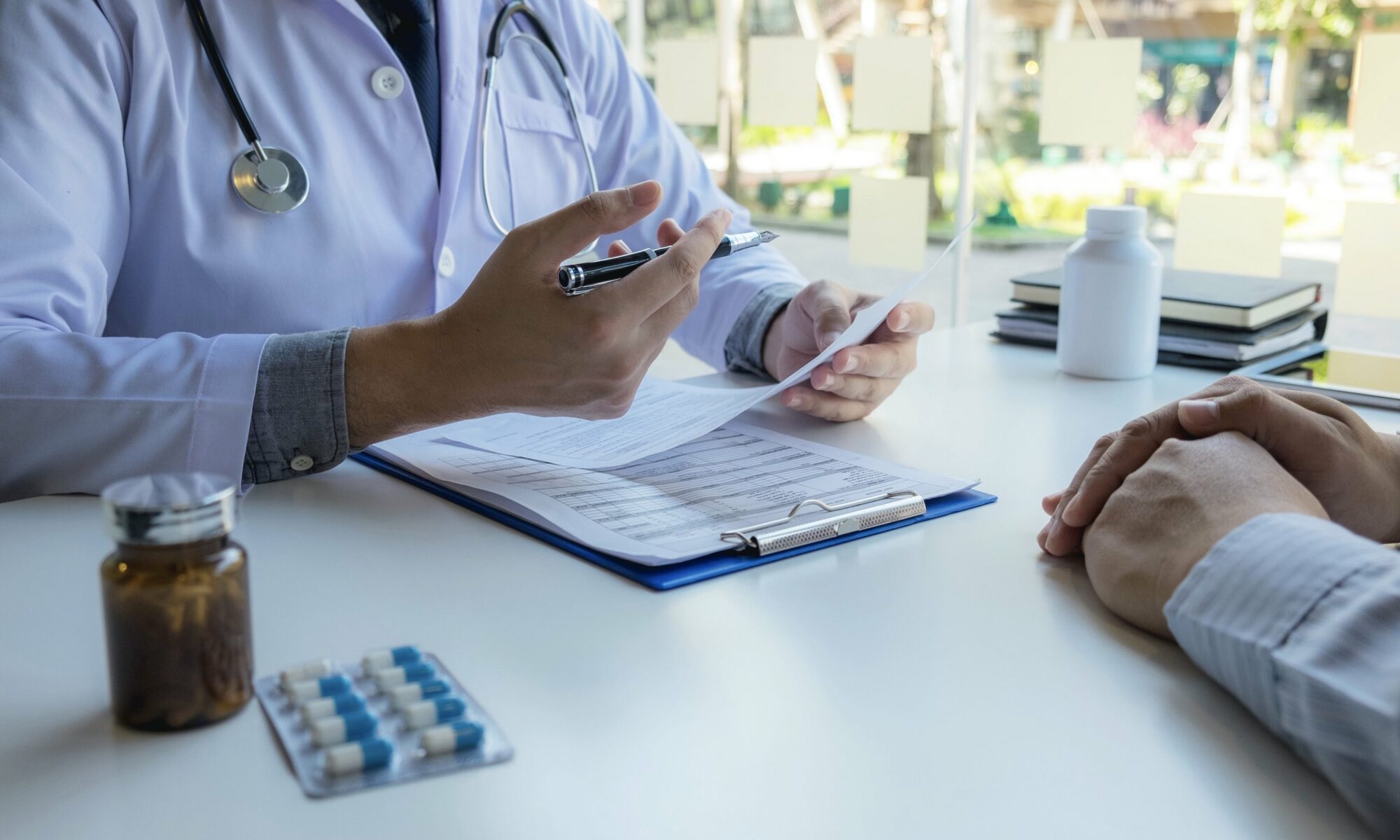 Is there a special type of leave for doctor’s visits? Are you allowed to leave the house while on sick leave? How much time off can you get? What do you do if you catch something during your vacation? With so many questions that affect us all, we thought it would be helpful to give an overview of sick leave in Luxembourg.

Take Lucas, for instance: Lucas has been working in Luxembourg for a few months now. He makes social security payments and knows he’s covered by the country’s healthcare system. What he doesn’t know is just what rights he has, and what to do if he’s ill. Let’s answer Lucas’ questions together.

Whom do I tell when I get sick?

One morning, Lucas wakes up not feeling well. He’s dizzy and nauseous, with a fever and a headache. He knows he won’t be able to work. But what should he do? Before going to the doctor, Lucas should tell his employer or a representative of the company on the very first day he’s sick. He can do this in person or have someone else do it, or he could call in, write an email, send a text or a fax… Whatever works!

Once this is taken care of, he should go to the doctor. He can find one in Luxembourg, or if he lives in one of the neighbouring countries, he can go to one there.

Helpful tip: in the event of a legal dispute, Lucas would have to prove that he informed his employer in due time. It’s therefore advisable to keep a written record of this whenever possible.

Is there a special type of leave for doctor’s visits?

No, there isn’t. If Lucas starts to feel under the weather at work, he will have to ask his boss for permission to leave during business hours to see the doctor. The same is true if he needs to see a specialist, for example.

Helpful tip: if Lucas’ boss allows him to leave work, they should specify whether or not this absence will be considered sick leave.

Your employer and the CNS must have received your medical certificate by the third day of absence at the latest.

What about doctor’s notes?

A certificate from a doctor is mandatory for absences of three days or more. Note, however, that your employer is entitled to require them for even just one day of absence. That’s why Lucas is advised to see the doctor and get a certificate, no matter how long he thinks he’ll be gone.

To protect himself from being fired and keep the evidence in his favour under labour law, Lucas should notify his employer of his absence from day one and ensure that he delivers his doctor’s note to both his employer and the CNS (the national health insurance fund) by the third day he’s gone. When a person is hospitalised, this deadline is increased to the eighth day.

Example: Lucas woke up feeling unwell on Wednesday morning, and his doctor put him on sick leave for three days. Since he’s not in the hospital, his employer and the CNS will need to have received his medical certificate by Friday at the latest.

No matter which country the doctor’s note comes from, you have to complete it by filling in your Luxembourg social security number (13 digits). Then you must send the top copy to the relevant department of the CNS Department for Management of Certificates of Incapacity for Work, and the second copy to your employer.

Helpful tip: if the certificate comes from Belgium (with no carbon copies attached), you need to ask your doctor for an official copy.

What do I do if I’m sick for a long time?

This virus is a mean one! Now Lucas’ doctor has decided to extend his sick leave for a few more days. He’ll have to inform his employer immediately of the change, and deliver the new medical certificate to both them and the CNS. Once again, the deadline is three days.

Example: Lucas was supposed to come back to work on Monday, before the doctor extended his sick leave. His employer and the CNS must receive the new doctor’s note on Wednesday at the latest.

You can’t leave the house during the first five days of sick leave – not even on the weekend.

Can I leave the house while I’m on sick leave?

Lucas has been in bed for four whole days. He’s finally starting to feel better, and would like to take a walk to get some fresh air. But unfortunately for him, he’s not allowed out during the first five days of his sick leave – not even on the weekend! Even if his medical certificate indicates otherwise, he may not leave his home, or whatever place of convalescence he has reported to the CNS. The only exceptions to this rule are doctor’s visits and trips to the pharmacy, evaluations by the Social Security Medical Board, or visits to other healthcare providers.

Lucas is free to go out on the sixth day (unless this goes against his doctor’s orders). Still, he can’t stay out all night partying! While on sick leave, he’s only allowed out from 10.00 am to 12.00 pm, and from 2.00 pm to 6.00 pm. And even during these hours, Lucas cannot do whatever he likes. He can’t play any sports (unless they’re ordered by the doctor) or go out to eat. …Well, to be perfectly accurate, he could take a meal in a restaurant even from the first day of his leave, but he would have to inform the CNS in advance using a special form on their website.

Will someone come to my house to check that I’m really ill?

No matter what country Lucas lives in, the CNS can send someone to check on him starting from the very first day of sick leave, if his employer or insurance provider requests it. These surprise checks can occur anywhere between 8.00 am and 9.00 pm.

Can I leave the country while I’m on sick leave?

Lucas is not allowed to stay abroad overnight while on sick leave for holidays or even the weekend. However, he can request to do so in one of the following exceptional cases:

If one of these situations applies to Lucas, he should send a request to the CNS Department for Management of Certificates of Incapacity for Work.

If I’m sick during my holiday, can I get my days back?

If Lucas falls ill during his holiday from work, that holiday may be ruined, but he won’t necessarily lose his days off. To get them back, he has to inform his employer without delay and submit a medical certificate within three days (to them and the CNS too). The days covered by the certificate will then be considered sick days, and not holidays. That means Lucas will get them back, and can use them later in the year at a time approved by his employer.

What if I’m sick during a legal holiday?

Here, the logic is less straightforward. If Lucas gets sick on a legal holiday that falls on a day of the week when he would normally have been working, he will not get an extra holiday back. However, if the legal holiday is one that he would have had off, he can get a day back to replace it.

Example: Lucas usually works Monday to Friday. This year, he needs sick leave on National Day. He can only get that day back if it falls on a Saturday or Sunday.

How long am I allowed to remain on sick leave, and who pays for it?

During his sick leave, Lucas will continue to receive his usual salary (pay and benefits provided for in his employment contract). His employer would be the one to pay his salary until the end of the month in which the 77th day of sick leave fell. The days of leave are recorded within a rolling 18-month period (unless his employment contract ends earlier).

After the 77th day, the CNS would take over Lucas’ sick pay. This benefit is limited to 78 weeks over a rolling 104-week period. Beyond this, his employment contract terminates automatically.

If they meet the obligation to inform their employer and the CNS, a person cannot be fired while on sick leave for 26 weeks, starting from the first day of leave.

Am I protected from being fired when I’m on sick leave?

If Lucas met his obligation to inform his employer and the CNS, he cannot be fired while on sick leave for 26 weeks, starting from the first day of leave. However, if he takes sick leave very often and it impedes the smooth running of his workplace, this could be a valid reason to fire him (unless his absence is due to a work-related illness or workplace accident). Before letting him go and beginning his legal notice period, his boss would have to wait for him to return from leave or until the 26 weeks had elapsed.

Can I take leave when my child is sick?

Lucas doesn’t have children yet, but he knows that it can be hard for the parents he works with when their children are sick. While there is no special type of leave for parents who need to care for their sick children, there is leave for family reasons that can be used when a child under 18 is sick or seriously injured, or in other special cases.

To get it, a parent has to inform their employer from the first day of their absence and deliver the doctor’s note to the CNS by the third day. This certificate must indicate the child’s illness as well as the fact that the parent is caring for them.

Helpful tip: parents get twice as much family leave for children receiving special State benefits. It can also be extended if the child is in very serious condition.

Can I take sick leave to remain at my dying relative’s bedside?

Even if Lucas would prefer not to dwell on the idea, he knows that one of his close relatives could one day become seriously ill, or even die. If he needed to stay by their side (for his father, mother, child, brother, sister or partner), he could take hospice leave. This special leave is limited to five days per case and per year. It would have to be reported to the CNS in a medical certificate stating the serious illness of the dying person and the fact that his presence was required.

Now Lucas can answer all the main questions about sick leave, and knows what to do in each case. That said, the best course of action is to avoid getting sick in the first place. Be sure to read up on how to improve your well-being at work and get in shape (without going into debt)!  This will help keep you in good health and foster good habits throughout your working life.