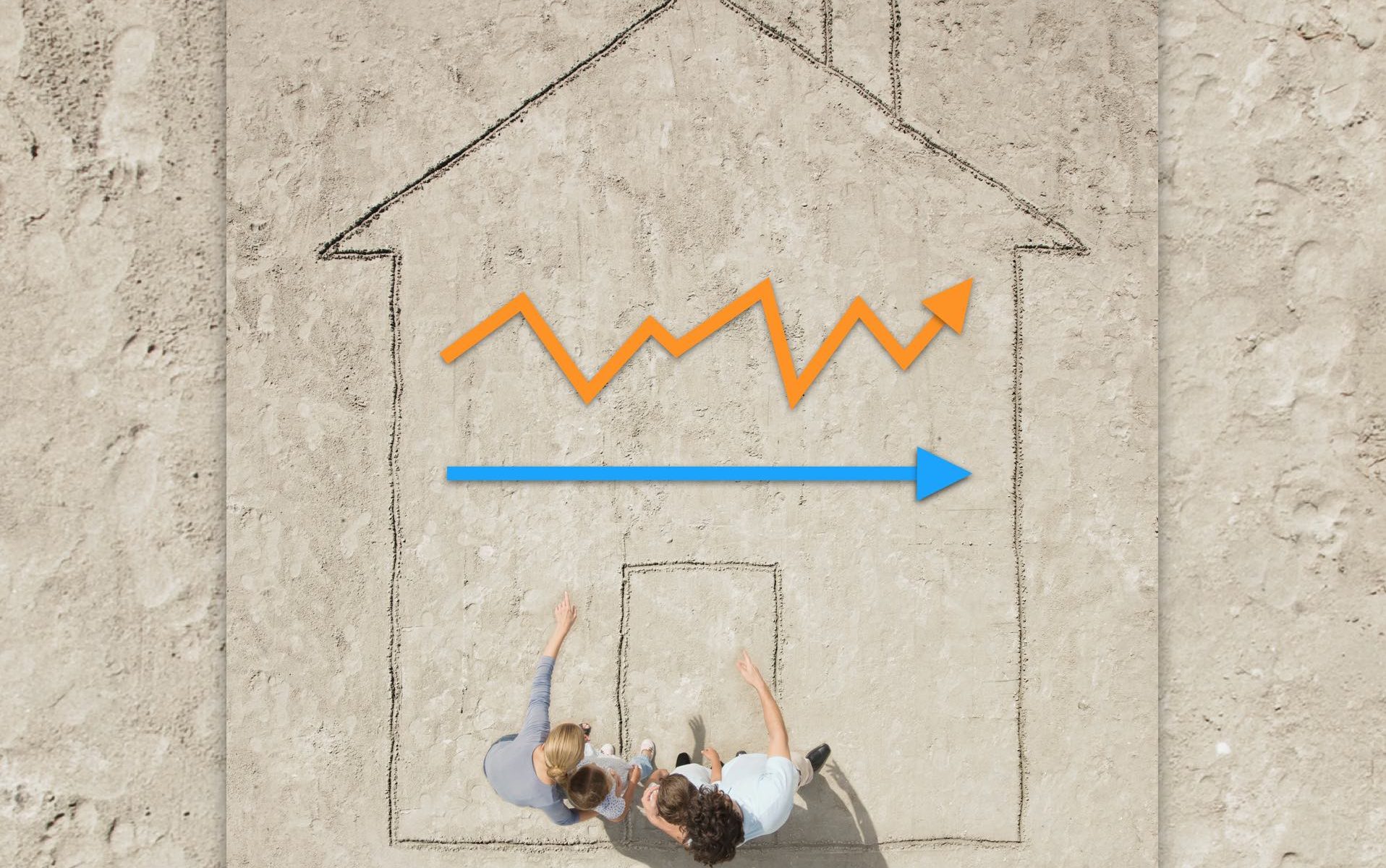 When buying their first home, many people find themselves faced with an important choice: should they take out a fixed-rate mortgage or one with a variable interest rate? To help you decide, myLIFE reviews the advantages of both options, and also presents a third alternative.

While some are staunch proponents of the fixed-rate mortgage model, there are others who swear by a variable rate – and the number of people on either side has varied through the years. In Luxembourg, although variable-rate mortgages were in vogue into the early 2000s, fixed-rate mortgages have dominated since interest rates plunged in the wake of the 2008 financial crisis. However, the situation has changed in 2022 with a gradual rise in rates that could change the behaviour of some.

But choosing one or the other should not be based on yield curves alone. It also depends on your financial situation, future plans and spending habits. Now let’s take a look at why.

As the name indicates, a fixed-rate mortgage is a mortgage loan with an interest rate that does not move with financial market fluctuations. For you, this means a few things:

The advantages of a fixed-rate mortgage are easy to see. Being shielded from the unpredictable impact of interest rate fluctuations puts your mind at ease and provides maximum reliability. This model is especially attractive when interest rates are low, with greater potential to rise as time passes. The situation is changing, with fixed rates rising significantly since the beginning of 2022. The gap with the variable rate should nevertheless stabilise with the movements of the ECB’s key rate, an essential indicator for the evolution of variable rates.

Another benefit is that having a clear map of your loan means you can rest assured it won’t suddenly consume the budget for your other projects down the line. The predictability inherent in this model lets you make plans without much risk.

The trade-off for this stability is that the fixed interest rate will be higher than a variable rate. Not only does this make your monthly payment bigger (at least in the beginning), but it also gives you slightly less borrowing power for the same amount of debt.

Another downside of a fixed-rate mortgage is that there is a significant penalty if you want to repay the loan early, even if it’s just a portion.

Another downside of a fixed-rate mortgage is that there is a significant penalty if you want to repay the loan early, even if it’s just a portion. Meant to compensate the bank for closing out the loan, this penalty means you’ll think twice before deciding to settle it ahead of time.

If you choose a variable-rate mortgage, it means the interest rate on your loan will change according to the financial market rates, including in particular the MRO key rate of the European Central Bank. This means that fluctuations in financial market rates are reflected, upwards or downwards, in your monthly repayments.

How much you’re required to pay could change drastically throughout the lifetime of your loan. Market conditions being what they are, there is even reason to believe that the grand total could be more than for a fixed rate. A variable interest rate may be lower early on, but there is a risk that it will increase over time, eventually exceeding a fixed one. For variable interest rates:

Beyond the lower (starting) interest rate, variable-rate mortgages offer the advantage of flexibility. You have the option of repaying part or all of the loan early, without having to pay a fee like you would with a fixed-rate mortgage. This means you are free to reduce the term of your loan or your monthly payments if you wish and your finances permit. It’s a real plus if your income stream is irregular, as is often the case for self-employed individuals.

If you’re building your new home, you can also opt for a variable-rate self-build mortgage, where your bank lets you withdraw funds in stages as construction progresses. You benefit because you only pay interest on the funds you’ve used, rather than on the total principal as with a fixed-rate mortgage.

The longer you have your variable-rate mortgage, the greater the risk you bear.

As for the downside, this mortgage is obviously the riskier choice, as it’s impossible to calculate the total cost and term of the loan in advance. The longer you have your variable-rate mortgage, the greater the risk you bear. Your ability to make predictions is thus limited, and if there is a spike in interest rates, it could endanger other items in your budget. It’s your job to make sure you’re financially equipped to deal with rising rates.

Some lending institutions help to mitigate this risk by offering capped-rate mortgages: loans with a variable rate that has an upper limit (and sometimes a lower one too). How far your interest rate can rise (or fall) from the starting rate will be stipulated in your contract. To our knowledge, however, this type of rate is virtually non-existent in Luxembourg, at least for mortgages.

Are you torn between the fixed and the variable-rate model? Never fear – you can combine the two! This is the beauty of the adjustable-rate mortgage. You start with a fixed rate, to which you are contractually entitled for a certain time (typically 3, 5 or 10 years). After that, you can either switch to a variable rate or start another fixed-rate period, but at a new interest rate aligned with the market. You generally have to make this choice at the end of each phase.

The advantage of this type of mortgage is that you can rely on stable monthly payments for a certain time, but you also get to benefit from the market once it’s over. This model can be especially good for young people at the beginning of their careers, whose limited income means they can’t afford to risk a rise in interest rates just yet. With an adjustable-rate mortgage:

As you’ll now be aware, there are several solutions with different advantages and disadvantages depending on market conditions and specific factors like the term of your mortgage, how much you want to borrow and whether you have other things to budget for at the same time. You also know how you can combine the features of the fixed-rate and variable-rate mortgage models.

Of course, myLIFE can’t tell you which option is best. Suffice it to say that the longer the term of your mortgage, the riskier it will be for you to have a variable rate. It’s up to you to know whether the greater flexibility of this model justifies the risk, and whether your financial means are likely to increase in the near future and beyond. We encourage you to take the time to meet with your banker, who will be able to recommend the best option for your specific situation in terms of taxes, wealth and cash flow.