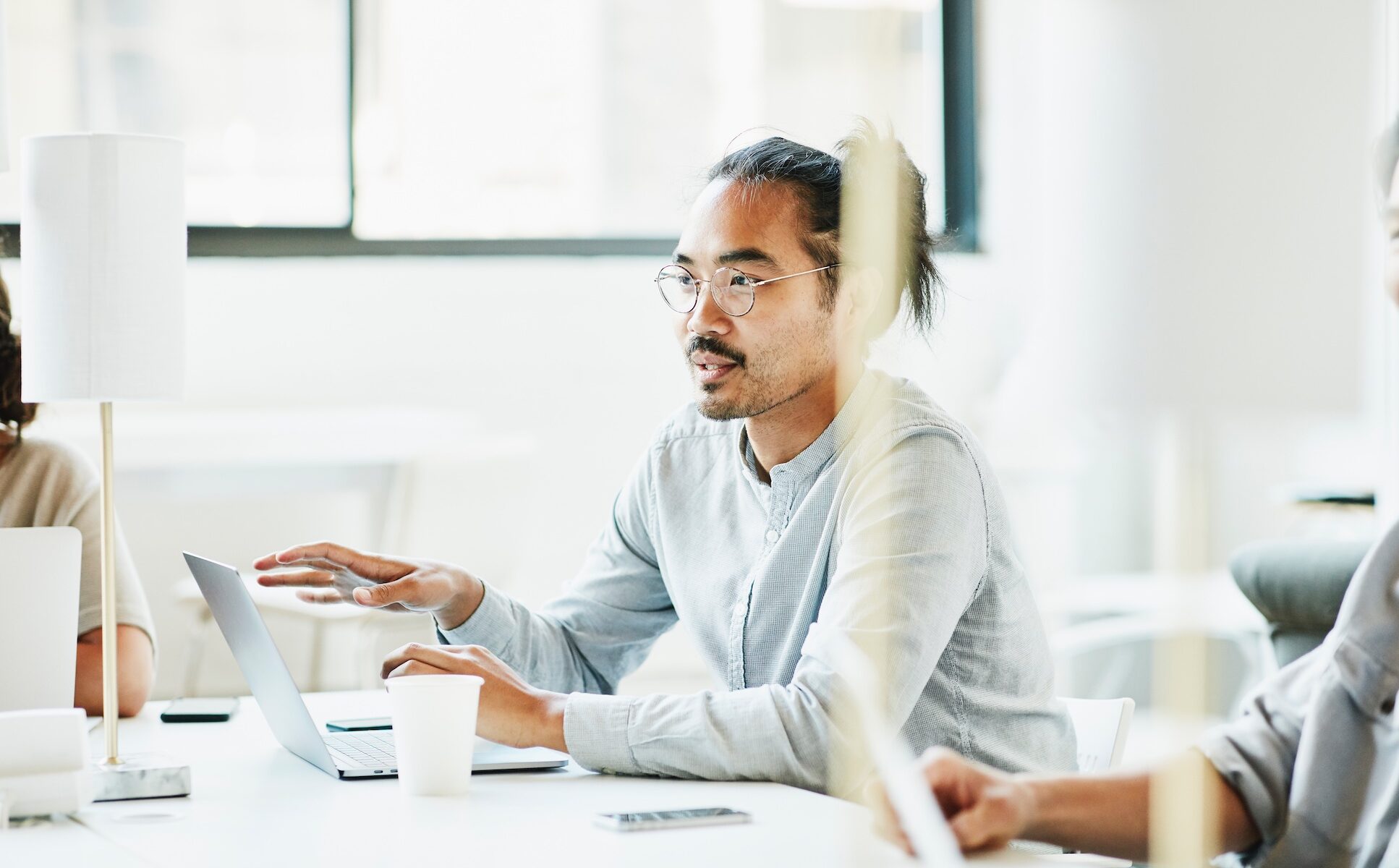 The 21st century and the spread of the internet have seen the birth of new economic players: small innovative companies that quickly turned into giants by creating new models, challenging established codes and disrupting our consumer habits. Who are they? How did they do it? myLIFE breaks it down for you.

Today, when it comes to innovation, it’s almost impossible not to think of digital technology. Digitalisation is the industrial, economic, commercial and social revolution of the 21st century. It’s behind today’s most innovative products and services and has revolutionised both the functioning and use of many existing products and services. Making ubiquity, immediacy, efficient marketing and reduced costs possible, digital tech is a fertile ground for innovation.

No sector of the economy has been spared: from food to entertainment, and banking to telecommunications. Today, you order your groceries online and pay the bill using the bank app on your smartphone, before watching a film on a streaming service or work remotely thanks to a videoconferencing platform.

The leading innovators of the last twenty years are all entrepreneurs who have harnessed digital tech to drive their vision.

The leading innovators of the last twenty years are all, in one way or another, entrepreneurs who have harnessed digital tech to drive their vision. Digital tech certainly isn’t the only lever of innovation, but it’s by far the most important and most visible.

Who are we talking about?

But the term “leader” also refers to companies or brands whose founder remains unknown to the general public, even though they’re among today’s game-changers: Netflix, Uber, Airbnb, etc. Can you name their CEOs?

So far we’ve only mentioned large US companies since they’re the most visible, but European and Asian companies are also innovators. From Huawei (telecoms) and Alibaba (e-commerce) to Arm (high tech) and Veepee (hard discount retail), there’s no shortage of examples. In Luxembourg, the payment solution Payconiq (formerly DigiCash) has made its mark. 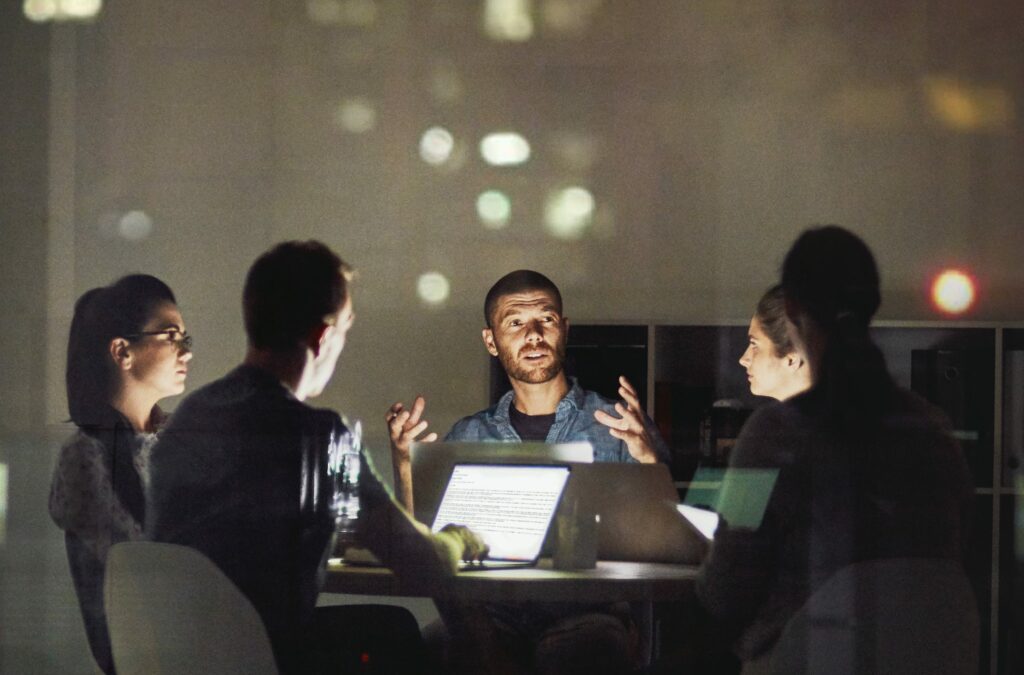 A vision of the future

Whatever we think about these innovation gurus, we must admit that they’re driven by a strong vision. In other words, they saw what the future would hold, or at least what it should hold, and led their businesses so as to make this future possible. Innovation is always driven by a vision. They reconsidered what was taken for granted, challenged it and responded in a disruptive way. The most creative among them have been able to rethink our needs, or even create the needs themselves. To see this, we need only think of the value we attach to our smartphones.

Such visions are marked by their bubbling, overflowing, almost “insolent” character. These entrepreneurs have become challengers in areas previously the preserve of major corporations. What’s more, this “disruption” isn’t limited to their chosen field. With his Mac computers, Steve Jobs revolutionised the computer industry, but with the iPod, iPhone and iPad he also revolutionised the music, telecommunications and media industries. Elon Musk transformed the payments industry with PayPal, before going on to turn the car and space industries upside down. Jeff Bezos started off on Amazon selling only books, before opening his site to general consumer goods. Today he’s challenging the whole tech industry with his Amazon Web Services subsidiaries (cloud services, data management).

Often, these entrepreneurs haven’t strictly speaking invented the service they offer. Instead, they’ve re-invented through digital technology. This in no way detracts from their achievement, as their reinventions have substance, relevance and impact. Their ideas had to be worked out and brought to life.

Mark Zuckerberg didn’t invent yearbook-style photo galleries or social networks; these existed before Facebook. Instead, he gave them a new form, which was subsequently adopted across the board. He also knew how to make effective commercial use of his innovations. Neither Jack Ma (CEO of Alibaba, the Chinese equivalent of Amazon) nor Jeff Bezos invented the supermarket; they simply provided it with the speed and scale of the internet.

Marriage agencies and dating sites existed before Tinder, but the app has made dating more accessible, and perhaps more fun. And of course Tesla’s Elon Musk invented neither the car nor its electric version.

The movers and shakers

When it comes to cars, the disruption caused by Tesla is twofold. Elon Musk’s company has succeeded in making its electric vehicles both viable and desirable to the general public. Tesla has put electric mobility on the map while also making it cool. Once again, the revolution has involved a digital makeover that has renewed the industry’s codes. A Tesla car can be purchased and configured online, and is regularly updated like a computer program. Inside, the vehicle’s equipment reflects our highly digital world: touch-screen interfaces, on-screen meters, etc. A highly attractive new world for the consumer.

As a result, almost all car companies are trying to catch up with what the US firm was first to achieve. Even some prestigious Italian or German brands associated with sport or luxury are taking this route for fear of becoming outdated, and with varying degrees of success.

Another leader in the mobility industry that has thoroughly shaken up the established code is Uber. By first offering an alternative to traditional taxis in the world’s major cities, and then creating an intermediary for the delivery of consumer goods, the US firm has given new life to two well-established sectors of the economy. This new lease of life will unsettle some, since not everyone sees the firm as a friend.

It’s not easy for traditional players to have their customers “stolen” by an innovative competitor who, in addition, doesn’t always play by the same rules.

It’s not easy for taxi companies or self-employed drivers to have their customers “stolen” by a competitor which uses an innovative business model they’ve failed to adopt and which, in addition, doesn’t always play by the same rules. There’s even a new expression to describe this upheaval in a business sector: uberisation.

When the times change, it’s not easy to question and completely reinvent yourself. It’s even a major challenge for a company that has followed a successful business model for decades and thinks it’s untouchable.

Take, for example, the famous US firm Kodak, which specialised in the sale of cameras and photographic film. It was the uncontested leader in its field. When digital cameras came along at the end of the 1990s, Kodak failed to adopt this new technology and went from hero to zero in just a few years.

Another example of a missed opportunity for innovation is the Swedish company Nokia. Despite being a leader in mobile telecommunications until the early 2000s, the company was unable to adapt its products to the arrival of the smartphone, particularly Apple’s iPhone. On the other hand, some Asian manufacturers, such as Huawei, were able to seize the opportunity to get a foothold in the industry despite being less experienced.

At the same time, the tourism sector, travel agencies and tour operators have been thoroughly disrupted by AirBnB and reservation platforms like Booking.com. Airline tickets, accommodation, attractions and even food – everything is available from home at the click of a button. Digital technology puts the whole world at your fingertips, and a few visionary entrepreneurs have seized this opportunity.

Visionary and daring, a handful of innovative entrepreneurs foresaw the potential of digital tech to invent or reinvent our way of life at the start of the 21st century. Many have sought to follow in their footsteps. Yesterday’s giants watch from the roadside as these entrepreneurs race by, too fast to catch.