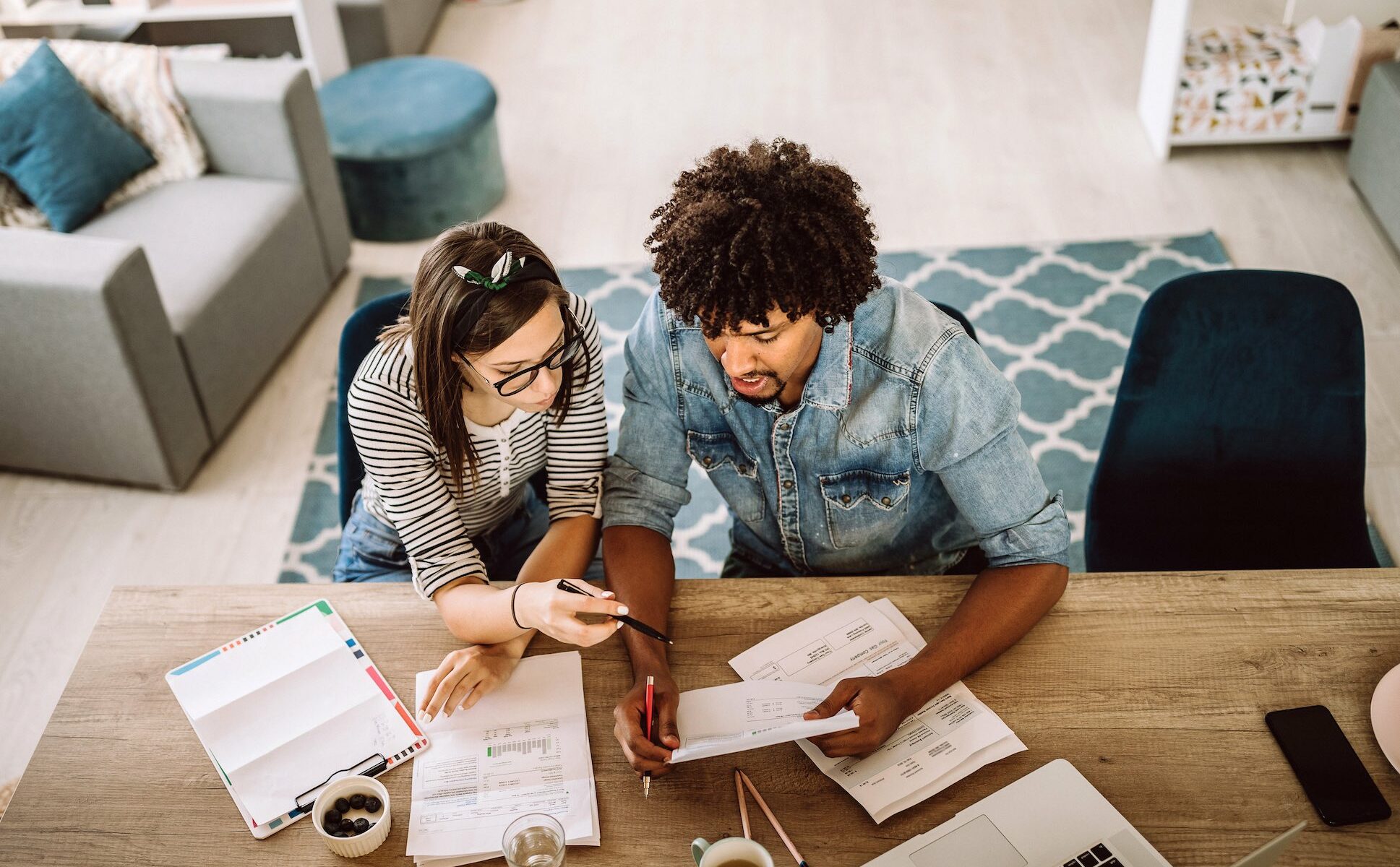 Watch out when planning your finances!

Festive seasons or holiday periods can be an expensive time for all of us. It’s an occasion when people tend to spend considerably more on items such as gifts, food, hotels and days out. If we consider, for example, the amount actually spent on Christmas and New Year in 2020, the UK comes top of the list in terms of how much cash is actually spent – at some EUR 420 per person. The US is second with EUR 360 per person, with Luxembourg in third place at around EUR 300. Even during special times like these, it’s still a wise idea to watch your spending, plan your budget and be aware of potential pitfalls.

Keeping track is the safest option

In one form or another, most people keep a close track of their spending when managing their finances. Some actually draw up a budget setting out their current and future income, the savings and the assets they’ve acquired, as well as their spending and likely investments – just like a company. They then allocate their current and future disposable income to the various items on the expenditure side.

Generally speaking, a household’s financial resources are divided between three key items: assets (held in bank accounts), spending, and income. Once the basics of the household budget are in place, a series of sub-categories need to be created in order to allocate income and expenditure. The aim is to make it easier to keep a close eye on each category: for instance, it’s possible to set up a separate account or budget for food, holidays and clothing. The household financial plan then needs to be examined on a regular basis to check whether the targets set have been met or not.

Mental accounting is an individual matter.

Dividing your finances into categories is known as “mental accounting”. This refers to the different values a person places on the same amount of money based on subjective criteria – often with detrimental results. Mental accounting is a concept from the field of behavioural economics. Developed by economist Richard H. Thaler, it contends that individuals are prone to irrational decision-making in their spending and investment behaviour.

With mental accounting, all of us tend to classify things differently: not just big-ticket items but also the many small, day-to-day items of expenditure that “don’t hurt” at the end of the day – such as a treat from the baker’s or a cup of coffee from the machine. Longer-term, however, these treats can have a significant, detrimental effect on your finances.

Another pitfall lies in chronological classification. For instance, people tend to spend much larger amounts on things that are paid in instalments. That might include TV or gym subscriptions, which cost little on a day-to-day basis and are deducted monthly.

Various studies have also shown that people deal with money differently depending on where it comes from. An unexpected inflow of cash is often used in a much more frivolous way and for much more expensive items than is the case with recurring income such as their monthly salary. This is particularly true if someone receives an unanticipated windfall, or when a child is given money for their birthday.

Lottery winners are probably the most obvious example: despite having won a large amount of money, many people are on the verge of bankruptcy a short while later because they have been wasteful with their winnings. Unexpected gains often lead us to make rash spending decisions. Even more surprisingly, the same studies prove that households frequently spend money received in the form of tax rebates without giving it much thought. Essentially difficult to predict, these repayments are viewed as a gift and are soon spent on superfluous items.

Take a close look at your regular payments

The frequency of spending is a key aspect of budgeting, particularly when it involves sticking to boundaries you yourself have set. For instance, studies show that overspending and errors are frequently down to having set too strict a budget. Unforeseen and seasonal spending are not given sufficient consideration in monthly budgets – meaning it’s inevitable that people will stretch themselves needlessly.

A consumer with an extremely tight budget will repeatedly have to admit failure and go into the red – thus putting their assets at risk over the long term. An annual budget therefore makes more sense. That way you retain a degree of discipline but still have sufficient flexibility at all times. Any unforeseen spending may well affect your budget in a particular month, but – provided you maintain your discipline – you can limit your spending in the following month or months and even out your finances over the long term.

Unforeseen expenditure also needs to be factored in.

As you can see, it’s advisable to be fully aware of your personal spending and consumption habits. This is particularly true if two or more people live in a household, because their income and expenditure can vary sharply from person to person. The same applies to consumer preferences.

Various characteristics and tastes within the same household are completely normal; however, it’s important not to forget that some items, including rent and taxes, constitute joint expenses that affect the household’s total assets.

Count all your expenditure

Finally, a word about fungibility: we call something fungible if it can be traded or transferred easily and quickly. If we assume the principle that money is fungible, a rational person would see any loss of money as definitive expenditure that cannot be recovered. Money that has been spent is now totally unavailable. In reality, however, we’re not always such rational human beings. In our minds, we rarely add up our losses/spending and prefer to look at amounts individually – leading us to make poor decisions. All spending matters when it comes to our finances.