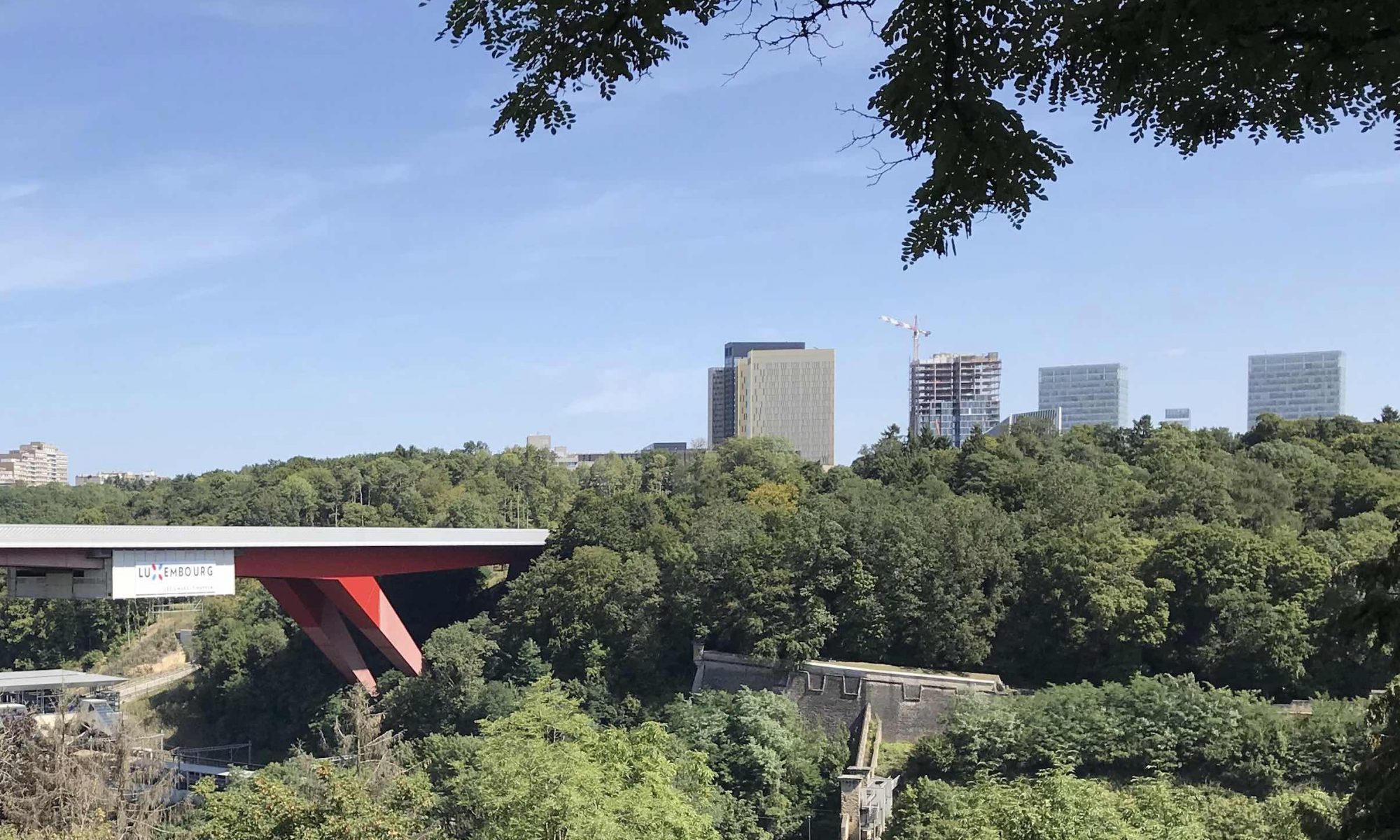 In recent decades, Luxembourg has defied its geographical constraints to become an international centre of excellence in various economic sectors. It has attracted international capital and human resources that have enabled it to achieve consistent and sustainable economic growth. However, the country’s greatest successes – notably as a financial services hub – should not obscure the need of innovation and diversification to stay the course.

Luxembourg’s standing in financial services is hard to match. The country is home to 130 banks, Europe’s largest investment funds industry, and is developing related areas such as alternative investments. It also hosts European Union institutions including the European Investment Bank, the EU Court of Auditors, the European Court of Justice and operations of the European Commission and Parliament. Its business-friendly legal environment and a ready supply of high quality staff has sustained its strength largely unscathed through financial crises over the years.

The fruits of this success have been significant. The Luxembourg economy has grown on average by between 2% and 3% in recent years. It has become an important repository of intellectual capital. Its well-educated population and low unemployment contribute to low crime rates and social and political stability. At the same time, it is country that takes care of more vulnerable people, with generous statutory pensions and social security benefits. The capital was named the safest city in the world in Mercer’s 2019 international quality of living survey.

Luxembourg’s standing in financial services is hard to match. The country is home to 130 banks, Europe’s largest investment funds industry, and is developing related areas such as alternative investments.

However, cracks are starting to show. Economic success has brought more people in, and the population is growing at more than 2% a year – which the country relies upon to keep the economics of its pension system on track. However, this requires ongoing expansion of the workforce, and unlike in most other countries, many recipients will take national pensions outside the country, depriving it of the benefit of payments being recycled back into the domestic economy.

Most analysts conclude that the system appears too generous to be sustained over the longer term. Expansion of the economy on the current scale will take the national population to 1 million by 2050 or earlier, nearly three times the level in 1980 and up from 615,000 at the beginning of 2019.

For now economic growth, the population and the workforce – including just over 200,000 cross-border commuters, more than 45% of total employment at the end of 2018 – continue to expand in tandem, but strains on the Luxembourg infrastructure are becoming more evident – most notably soaring housing costs as new construction fails to keep up with demand. Home prices, particularly in the capital, are among the highest in Europe.

This in turn is ratcheting up pressure on the transport infrastructure. Government spending on roads and railways has not kept pace with demand, and commuters report increased delays and congestion on rail services, while the country’s roads are overwhelmed by the rising number of commuters in recent decades. The government has made public transport free since the 1st of March 2020, but it seems unlikely to do more than mitigate the problems.

Meanwhile, the country’s most important sector is also facing significant challenges. The economy remains highly dependent on financial services, which account for around one-third of GDP. The sector has managed to adapt quickly and effectively to regulatory and tax developments in the wake of the global financial crisis. Up to now it has weathered the various storms affecting the industry, and it has been a beneficiary of Brexit-related relocation away from the UK.

Up to now it has weathered the various storms affecting the industry, and it has been a beneficiary of Brexit-related relocation away from the UK. 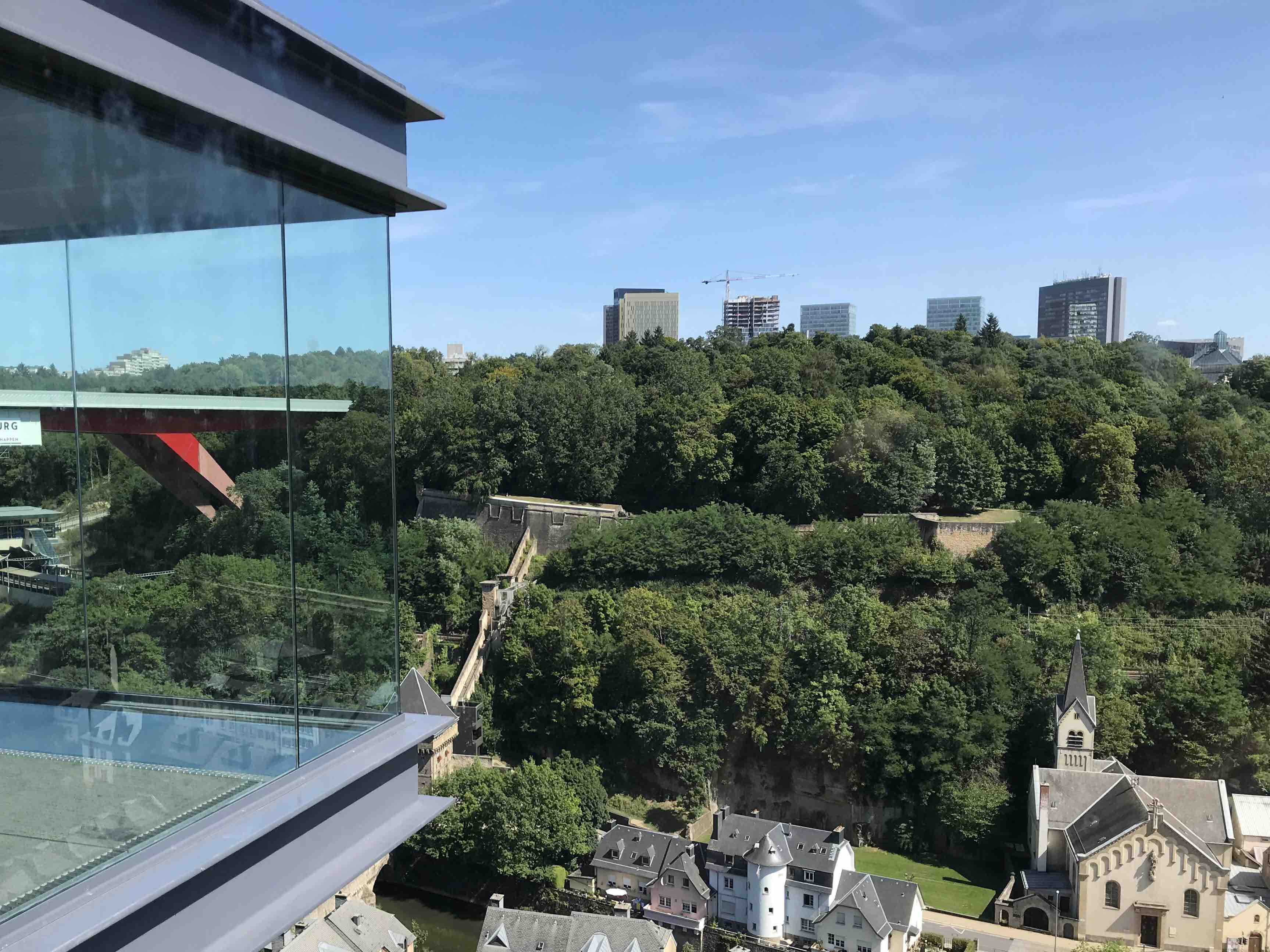 But the financial services industry everywhere is facing significant change to which Luxembourg will not be immune. In the past, the financial sector, helped by legislators, has been pragmatic and efficient in order to adapt rapidly. We believe that, even today, it will be able to position itself intelligently in the context of the automation of certain tasks and Fintech innovations. In a situation of global health crisis, the good news is that banks are clearly part of the solution this time.

One answer to these pressures is to diversify. Over several decades, successive governments have sought to diversify the economy away from financial services into less personnel-intensive sectors such as information technology, biotechnology and even space resources. This would address the population growth conundrum – growth in areas where adding value does not depend on constantly attracting large number of employees.

Luxembourg has been making strenuous efforts to build its name as a technology hub. Major technology and communications groups have established European headquarters in the country over the years, drawn by a favourable corporate taxation regime and a concentration of highly educated experts, including Amazon, iTunes, Skype, Vodafone and PayPal. The government’s investment in optical fibre connections from Luxembourg to other European hubs has helped attract gaming companies such as Zynga and OnLive.

The government has forged links with Silicon Valley. PwC chose Luxembourg for its Accelerator, a central EU base to support local and global start-ups designed to gather together diverse external communities – including technology and finance – to assist companies they grow. Cloud offerings have been a notable area of success, including players such as LuxCloud.

Into orbit and beyond

A more adventurous area of potential growth is space technology. The country that launched satellite broadcasting provider SES in the 1980s has seen it grow into one of the biggest in its sector worldwide. Today the authorities are examining sectors such as asteroid mining and Earth observation and tracking functions, having established the Luxembourg Space Agency in 2018 to support innovation in space-related fields.

Not all diversification efforts have been fruitful. Efforts to create a hub of automobile technology around established activities including tyre R&D and production involving tyres and other and automobile components have been affected by the upheavals in the sector, and manufacturers are now exploring electric and autonomous vehicle technology.

Other parts of the economy, especially the once-dominant steel industry, continue to shrink amid a drop in demand and a flood of imports from low-cost countries into European markets. The country’s policy-makers are well aware of the challenges and continue to explore economic niches where Luxembourg’s socio-economic stability and agility in making policy changes and adapting to new international developments represent a competitive advantage.