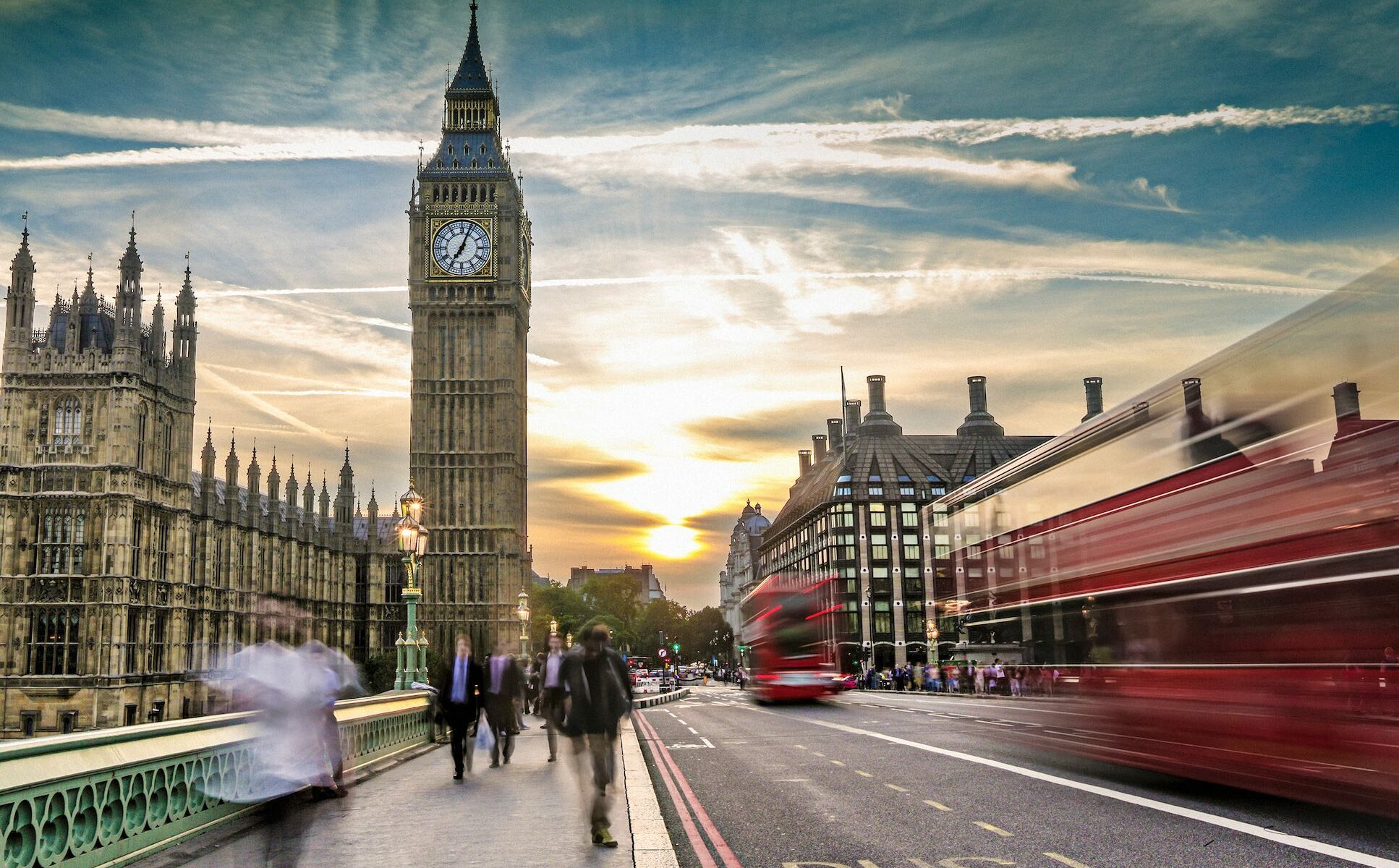 London is a global city, and its housing market has historically been buoyed by international capital. Property in the city came to be seen as a safe haven during the 2008-09 financial crisis, pushing prices higher. It lost some of its lustre after the UK voted to leave the EU, but a cheap currency and steadily rising prices have kept international investors interested.

This year London property has seen a revival, with investors returning to the market after a lull during the Covid-19 pandemic. According to leading real estate agency Knight Frank, demand has been strong recently in affluent leafy suburbs such as Richmond and Wimbledon, but also among buyers who left the capital during the pandemic but want to retain a central London bolthole.

The areas that enjoyed the strongest price growth in 2021 were in prime central London and include Marylebone (86%) Belgravia (85%) and Mayfair (78%). While there is still concern that Brexit will disrupt these foreign buyer-sensitive markets, so far this has happened only at the margins. London continues to appeal to a range of buyers from Europe, the US, Asia and the Middle East, which generates consistent demand. 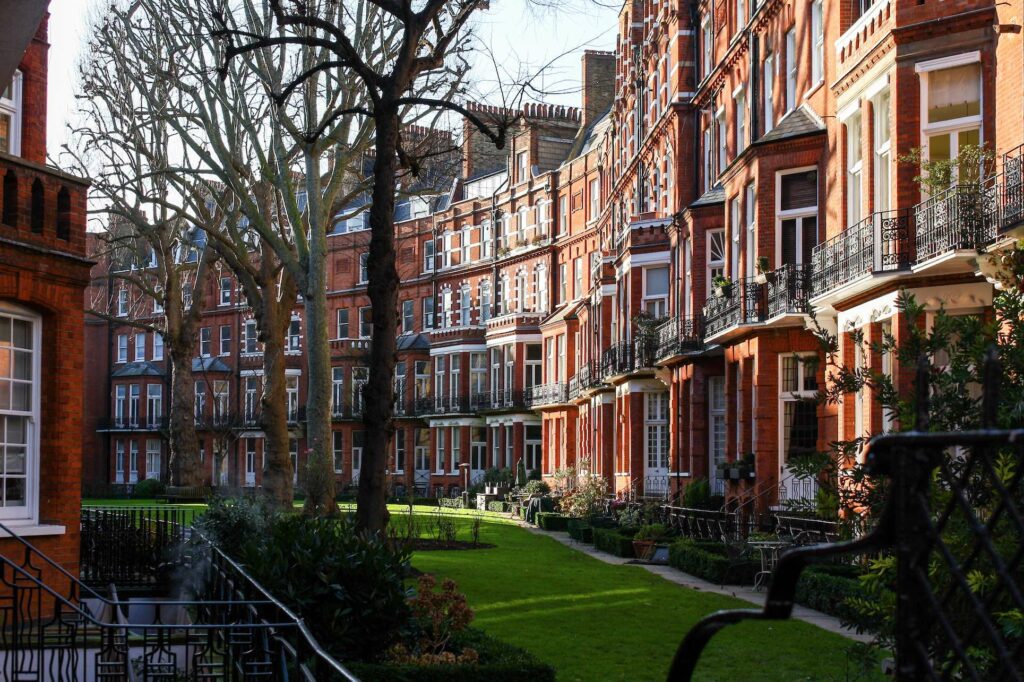 London housing is undoubtedly expensive, particularly in central hotspots such as Chelsea and Knightsbridge. However, it still compares favourably with other cities in terms of price. In a recent survey by the Economist Intelligence Unit it was ranked 17th, some way behind Paris, New York, Geneva or Los Angeles.

The city also benefits from prestigious schools and an entrepreneur-friendly economy. Despite fears that Brexit would erode the country’s status as an international financial centre and reduce demand for property, it hasn’t happened yet.

The rental market is also relatively buoyant. London welcomes a steady stream of temporary residents, from across the world as well as from other parts of the UK. While investors have been nervous about the possible impact of Brexit, there has not yet been any discernible drop in rental prices.

The average rental value has increased in the past decade by almost 3%, according to BIL’s Head of WM lending Catherine Bastien. People continue to ‘buy to let’ in the UK and this remains an option for international buyers, although while UK residents enjoy a tax allowance on rental income, property owners living abroad do not.

Government measures in recent years have made the UK less appealing for foreign buyers. In particular, the UK’s generous domicile rules were revised.

Government measures in recent years have made the UK less appealing for foreign buyers. In particular, the UK’s generous domicile rules were revised. Previously the rules allowed residents to pay tax only on income they earned or brought into the country as long as they were deemed to be domiciled elsewhere.

That changed in 2017 with the deemed domicile rules, under which individuals would be deemed to be domiciled in the UK if they had been resident for a certain number of years (currently 15 out of the previous 20).

When buying a home in the UK, the investor makes an offer. The offer may be accepted, but either buyer or seller can withdraw up to the point at which contracts are exchanged and a deposit paid. This can be a precarious system, and plenty of housing sales fall through, particularly if the buyer finds a more attractive house or the seller receives a higher offer. After the exchange of contracts, completion of the sale takes place when the final payment is made.

The cost of selling the home is paid by the seller to a real estate agent, so it is worth remembering that the estate agent always represents the seller’s interests. Buyers must pay stamp duty, a tax that is applied on a tiered scale. It is higher if you are buying a second home, or buying through a company.

Capital gains tax will be payable if you make a profit on the sale of your UK property. There is an annual allowance – currently £12,300 – but no concessions are given for the length of time the asset has been held, and tax rates are higher for residential property. Deductions are available for renovation work and for periods when the property is rented out. Capital gains tax does not apply if a home is the seller’s only or main residence.

Says Ms. Bastien: “In the UK we have not seen any real drop in prices after Brexit, and people still seem to be buying in the UK for buy to let. Since BIL does not have a licence for the UK, we can only finance buy to let property. The rental market has grown over the past decade and Brexit doesn’t appear to have affected that.”

In general, the UK banking system is sophisticated and has a range of flexible lending options for property investors. Interest rates remain relatively low and a competitive mortgage market means that there is plenty of product choice.

However, it is possible that Brexit will create problems in future, if the rules governing foreign banks’ lending to UK residents change. This may make access to finance more difficult for non-UK residents as well and potentially limit their choice.

The London property market is not as friendly for international buyers are it once was. Nevertheless, the housing market has remained strong, reflecting the appeal of an international city that is diverse and multicultural, with much to offer global buyers.

London continues to appeal to a range of buyers from Europe, the US, Asia and the Middle East.