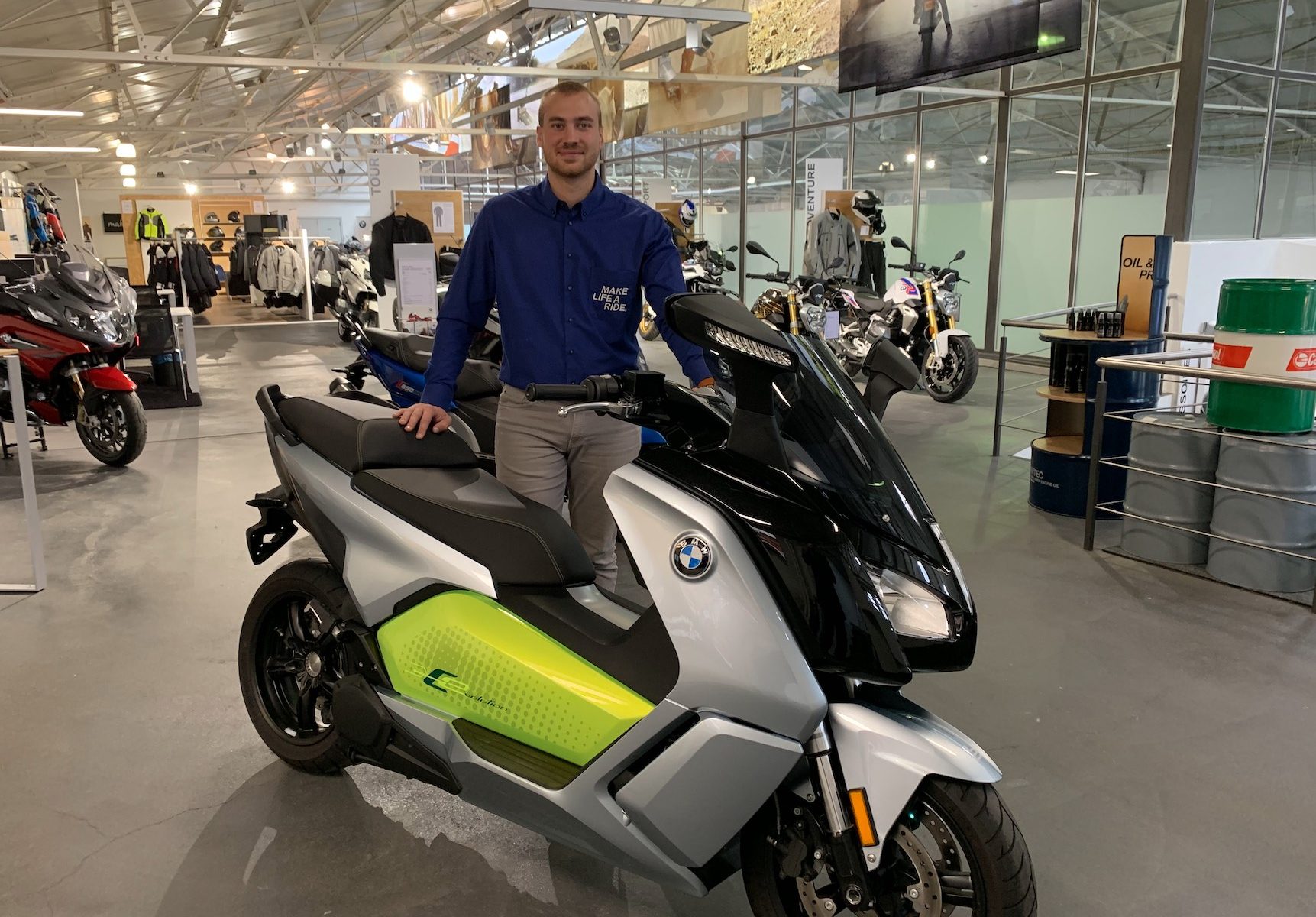 Have you noticed the new mode of transport taking over our streets, especially in the city? We’re talking, of course, about the electric scooter. Not convinced about trading in your conventional vehicle for an electric scooter just yet? Here’s our rundown of the key information that will help you make up your mind.

Ever-worsening congestion and a growing awareness of the environmental impact of conventional vehicles are gradually prompting road users to change their habits. And while there’s still a long way to go to resolve the issue, alternative modes of transport are emerging. As well as taking public transport, more and more people are turning to electric vehicles: cars, two-wheelers, scooters, etc.

Is an electric scooter right for you?

Before you take the plunge and buy one, it’s important to make sure that this mode of travel suits your lifestyle and needs. There are several factors to take into account, including range, power, availability of charging points and the trivial matter of a driving licence.

For Yohan Beaugeon, Head of BMW Motorrad at Bilia-Emond Luxembourg, “Setting aside the purchase price, deciding whether or not to buy an electric scooter comes down to three main criteria: how you will use it, the infrastructure around you and whether or not you have a licence.”

The first thing you should check is the range of your scooter. Some can travel over 160 km without needing to be charged whereas others can barely go more than 50 km! Plus, the range claimed by the manufacturer and the actual range of the scooter can vary widely. There are a whole host of factors that can influence battery life. To get an idea of your scooter’s actual range, we recommend taking 15% off the figure you’re given. 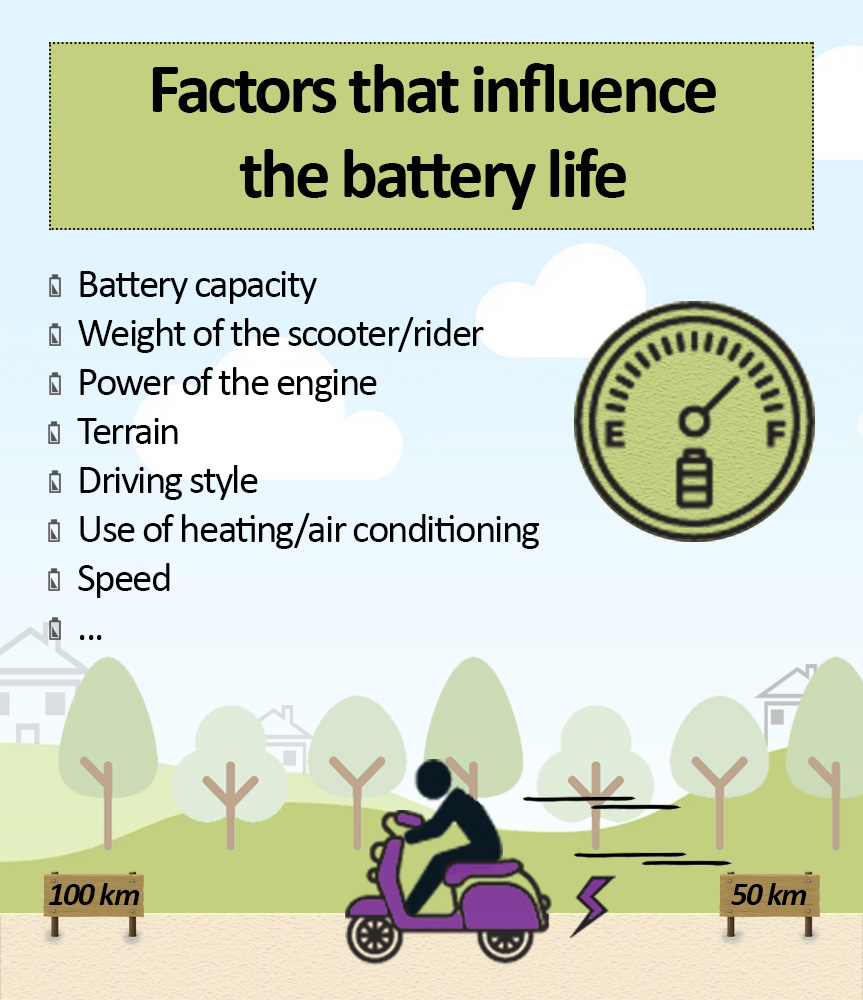 Another point to consider is the speed of the scooter. Remember that vehicles with the equivalent of a 50cc engine typically can’t go faster than around 45 km/h. That may be plenty around town but it could be a bit too slow for the motorway.

Some electric scooters come with removable batteries that can be plugged into a standard socket but this isn’t the case for all models. That’s why it’s vital that you find out what charging stations are available near your workplace – and check that you have the charger you need to use them. Charging stations are springing up in cities but still a rarity in the countryside.

In Luxembourg, the Chargy network will offer 800 charging stations across the country (i.e. 1,600 charging points) by 2020. You can find them in public, car-sharing and P+R car parks. For a map showing the location of Chargy and Chargy-OK charging points, visit chargy.lu.

If your electric scooter doesn’t have a removable battery, we would strongly advise you to keep it in a garage to protect it from damage (and theft!).

“Cold weather and humidity affect the battery,” says Yohan Beaugeon, “so it’s best to park your scooter in a dry garage where it will be sheltered from low temperatures. Leaving a scooter in poor storage conditions for a longer period of time can reduce the battery life by an average of 15%. We also recommend that you leave the secondary battery (used to start the vehicle) connected to the power, otherwise the scooter may not start at the beginning of the next season.” 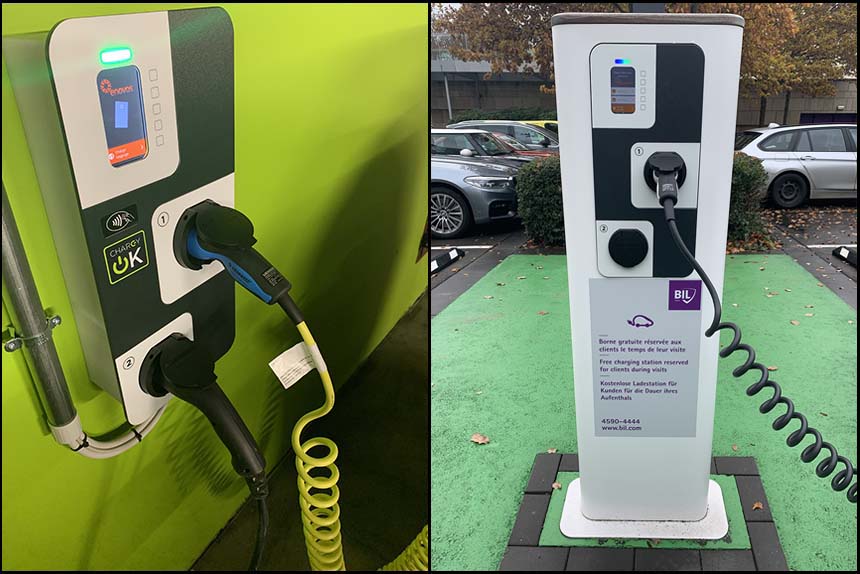 Electric scooters are still best suited to towns and cities.

What’s the best setting for an electric scooter?

“Electric scooters are still best suited to towns and cities,” explains Yohan Beaugeon. “For example, a person who lives and works in a city or the surrounding suburbs will have no trouble using their scooter to commute, pop out during their lunch break, go to a meeting during the day and then return home at night. It will be easier for them to access charging stations if they need to as well. If they live further away, they’ll have to take more precautions and plan how they’ll charge their scooter during the day if needed. This means having charging stations near to their place of work. Obviously, electric scooters aren’t suitable for people who have to commute long distances every day and who aren’t able to charge their vehicle.”

An electric scooter will start saving you money from day 1.

An electric scooter will admittedly set you back more than a conventional scooter when you buy it. Prices start out at around €2,000 for the equivalent of a 50cc and reach as much as €16,000 for a maxi scooter. After the initial outlay, though, an electric scooter is the more economical choice.

“An electric scooter will start saving you money from day 1,” says Yohan Beaugeon. “With a conventional vehicle, servicing costs cover consumables as well as changing the various fluids, changing the filters, replacing the spark plugs, etc.

With an electric scooter, there are only consumables: tyres and brake pads, discs and fluid. All the garage has to do is check the battery and ensure that the scooter is in good working order. There’s less work involved and the difference shows up on the bill. Servicing costs around €250-300 for a conventional scooter but €150 for an electric one.”

“Let’s take the example of a BMW electric scooter that uses 9 kWh per 100 km. Given the average price of €0.13/kWh in Luxembourg, it would cost a little over one euro to travel 100 km. In comparison, a maxi scooter uses around 5 litres for a distance of 100 km. With an average price of €1.20/litre, the cost per 100 km is €6. That’s a considerable saving by the end of the month!”

The experience of driving an electric scooter is very different from that of a conventional scooter.

What are the pros and cons of electric scooters?

Let’s go through the pros and cons of this mode of transport so that you can make an informed choice.

Yohan Beaugeon, who caught the biking bug at a young age, believes that electric scooters have changed a lot in the last few years. They’re more affordable, more practical, more high-performance and more stylish too!

And there you have it – now you have all the facts you need to make an informed choice. Good luck and drive safely.