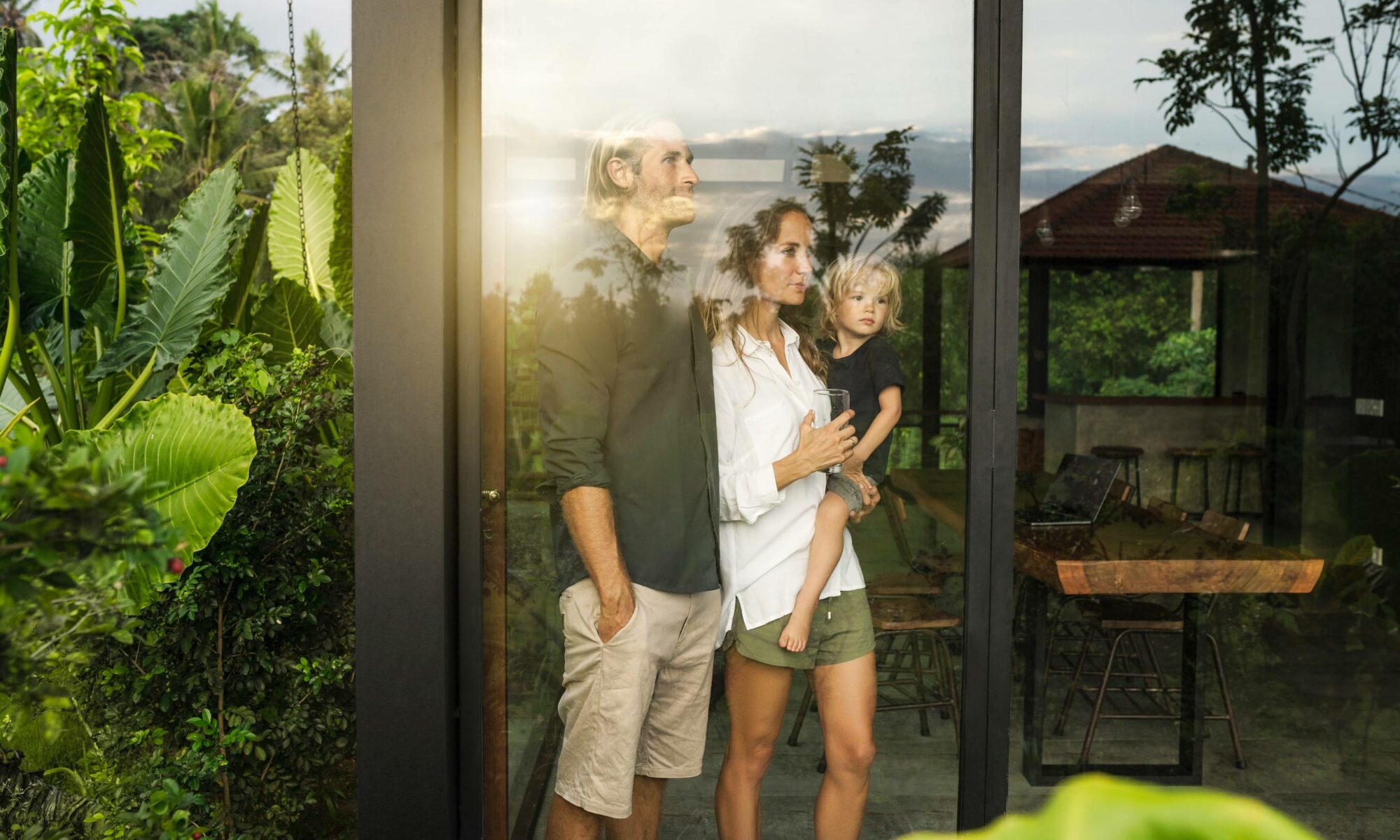 The Covid-19 pandemic has prompted many families to reflect on the way they have been living. Parents found that long commutes and the work demands placed on them by high living costs has left little time for family life; temporary home-working has offered a glimpse of an alternative future offering an improved work-life balance. But is the housing market flexible enough to meet their needs?

Even before the pandemic, it was already clear that some housing trends were unsustainable, at least in the medium to long term. For example, housebuilding in Luxembourg has consistently failed to keep up with the country’s growing population – itself masked by a workforce of which more than 43% consists of cross-border commuters. The country’s population of 626,000 as of mid-2020 is around 190,000 higher than in 2000. This supply/demand imbalance has led to some of the highest house price rises in Europe, almost doubling between 2007 and 2020.

This has left many families in housing that is poorly suited to their needs. in early 2020, European Central Bank management board member Yves Mersch – a former head of the Luxembourg Central Bank – said of the country’s housing market: “Insufficient housebuilding owing to capacity constraints in the construction sector, but also to regulatory restrictions, has exacerbated the shortage of housing.”

While the Luxembourg government has tried to put in please measures such as tax incentives for construction of new homes, policymakers have struggled to make a significant impact on the chronic shortage of suitable housing. Critics say the approach to housebuilding needs to be reimagined – rather than just building more, policymakers should also think about building better.

If a family was to design the perfect home for its needs, what might it look like? The house itself would need some basics – functional but preferably elegant design, a garden, some individuality. Then there are local facilities and environment. Families need good schools that don’t require lengthy travelling. They need access to doctors and other essential services such as childcare. They also need that elusive element, quality of life, which means access to green spaces and leisure amenities such as swimming pools, sports facilities and cinemas.

Too often housebuilding has focused on packing as many houses as possible into the available space, with little consideration given to the needs of the people who will live there.

Too often housebuilding has focused on packing as many houses as possible into the available space, with little consideration given to the needs of the people who will live there. Homeowners have had to put up with what’s available, in many cases including that of Luxembourg, because of a lack of supply. However, the pandemic and its aftermath may change this dynamic.

Other factors to consider include a back-to-the-future factor – homes may need to be large enough to accommodate an extended family, as they often did before the mid-20th century. With living costs high plus, for some, the burden of student debt, families are increasingly dealing with the phenomenon of a ‘boomerang’ generation – adult children returning to live in the family home.

The most recent survey on household composition and well-being conducted by the European Foundation for the Improvement of Living and Working Conditions, an EU agency, found that more than three-quarters of young adults aged between 18 and 24 in the EU usually live with at least one of their parents, falling only to 37% of those aged from 25 to 29. This makes downsizing difficult since parents have to support a larger home for longer. This is coupled with the needs of an ageing population; compared with many other European countries, Luxembourg has a relatively young population, but with care costs high, many households may need to accommodate elderly relatives.

Home ownership does not appear to have the same appeal for millennials, who have come to be known as ‘generation rent’, as it did for their parents. For many it is unaffordable; for others simply expensive and constraining to an age-group that prizes the flexibility to move around, travel and take career breaks. In the UK, research has indicated that up to one-third of millennials – the generation now in their mid- to late 20s – may never be able to afford their own home, while half will rent until well past the age of 40. As a result, planning and housing policies need to be able to accommodate those who want to rent as well as those seeking homes to buy.

Another open question is the impact of the pandemic on working from home. While there is a consensus that across Europe most people will not return to working in an office five days a week, Luxembourg’s experience may be complicated by the large proportion of cross-border commuters in the workforce.

In 2020, the grand duchy’s neighbouring countries have suspended rules that might otherwise make their residents employed in Luxembourg but tele-working liable to income tax at home, but permanent arrangements would need to be negotiated – not necessarily easily – were working from home for at least part of the time to become a permanent feature of employment arrangements. The implications for business substance rules applicable to financial services companies also must be considered.

The experience of lockdown has already prompted many people to reconsider their living space.

Nevertheless, the experience of lockdown has already prompted many people to reconsider their living space – access to a garden, for example, or shared green space may increasingly become a priority. They may be less inclined to accept long commuter journeys into big cities and business hubs – although lengthy journeys might be more tolerable if they were necessary only once or twice a week.

How will change happen?

There are signs that policymakers are starting to take greater account of the needs of families in the planning of new developments. For example, the Elmen project in the municipality of Kehlen, which is due to take 15 years to implement completely, will create a village containing around 800 housing units for 2,200 people, incorporating sustainability measures to preserve and enhance the area’s biodiversity as well as green spaces, and powered by renewable energy.

The pandemic appears to have given impetus to an existing trend incorporating environmental and climate protection factors into the planning process, driven in part by a shift in attitudes among investors. A consensus is growing that new types of housing that better suit the needs of occupants and also contribute toward environmental aims may in addition be more sustainable from a financial point of view.

For this process to become more widespread, families will need to demand better quality homes – while property developers and housebuilders can still obtain high prices for low-quality housing, they have no real incentive to change. There also needs to be better co-ordination of policy between developers and planning authorities. When previous patterns of living and working no longer suit the needs and preferences of inhabitants, a different approach is needed.

A consensus is growing that new types of housing that better suit the needs of occupants and also contribute toward environmental aims may in addition be more sustainable from a financial point of view.