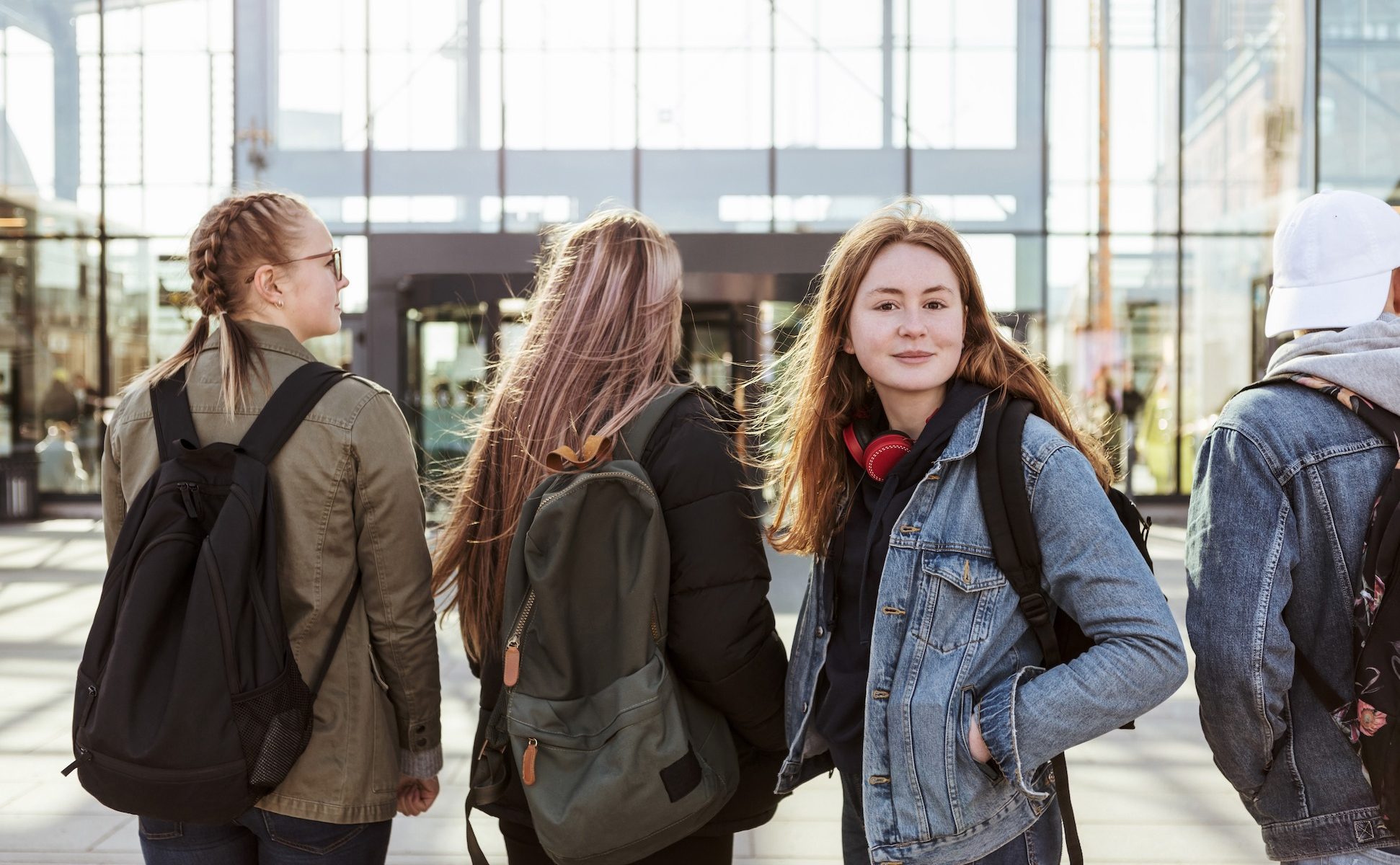 Following on the heels of generation Y, which brought the first wave of digital natives, generation Z is now beginning to make a name for itself. These young people born after 1995 are known to be tech-savvy problem-solvers with multifaceted identities. They protest against climate change, dream of working on another continent, and are always ready for a challenge. But what kind of relationship do they have with money and banking? Some studies have already examined this question, and myLIFE wanted to have a look at how things are playing out in Luxembourg. That’s why we commissioned the “mini-business” Say It to conduct a survey of students at the Lycée Aline Mayrisch secondary school (LAM). Some of their answers surprised us.

Say It is a small business made up of seven LAM students that carries out surveys and taped interviews to help companies learn what their clients are thinking. For myLIFE, Say It surveyed 207 students at LAM, asking them about their relationship with banks, how they use any banking services at their disposal, and what they really want from a bank. The sample group consisted of:

Before we present the responses they collected, we’d like to add a disclaimer. This is not a representative sample, and by no means do the results paint an accurate picture of the country as a whole. Our goal was more modest: to get a sense of the students’ reaction to the topic, and to share what we learned with you. 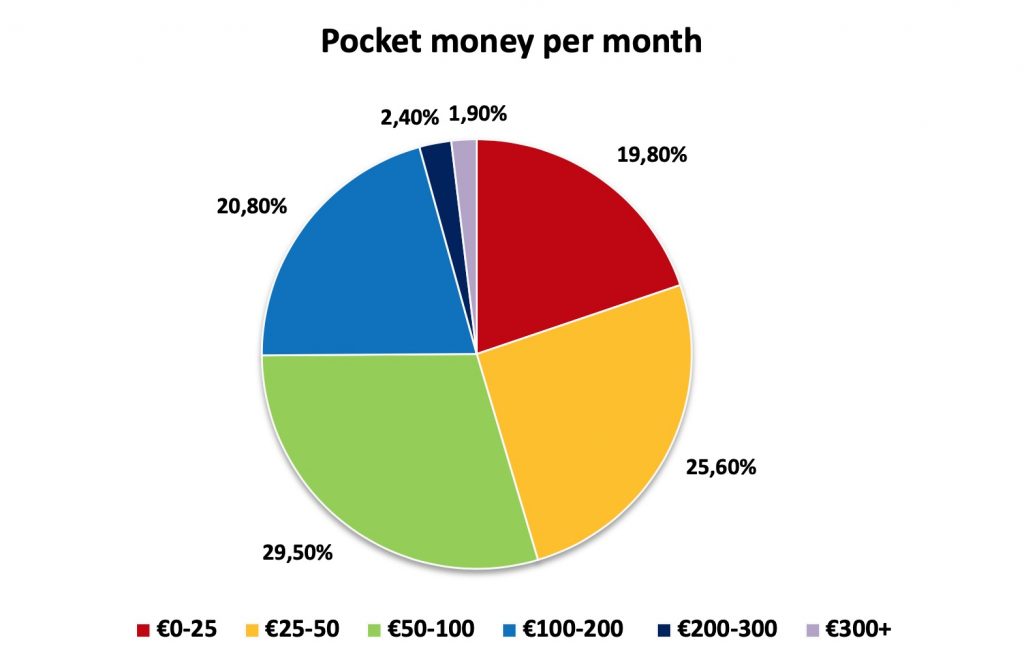 As you can see, 55% of the LAM students surveyed got between €25 and €100 a month in pocket money, while 25% got more than €100 a month. When asked what payment methods they used in addition to cash (used by 95% of the group), 76% said they had a debit card and 20% said they had a credit card. This figure increases to over 50% if we only consider the students in the sample aged 18 or older. Finally, 21% said they made bank transfers, and 19% used the Payconiq app.

With so many of them using bank cards, it’s no wonder we found that most of the students also had current accounts (80%). And not all of them were big spenders – some were positively frugal, with 73% of the group using a savings account, too. Last but not least, 12% also had PayPal accounts.

We had expected to find that this hyper-connected generation preferred to do all their banking online. Imagine our surprise when we learned that 60% of the students surveyed either didn’t have web banking accounts, or never used them. That seems a shame when you consider that more and more banks are offering budget-saving tools to track and categorise spending.

How can the bank help you?

As so few of these young people had begun to use online banking, we wanted to know what other favourite ways they had of communicating with the bank. 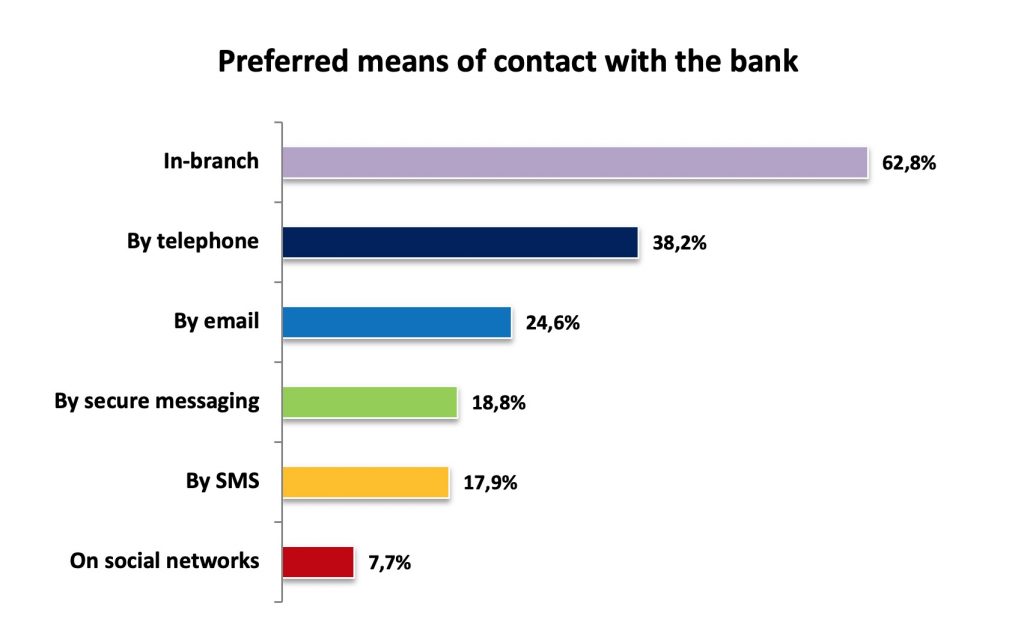 To our surprise, the majority of the LAM students surveyed said they preferred to have conversations in person at a branch. This doesn’t mean they want to communicate with their bank very much, or go there often. On the contrary, it simply shows that when they have something to say, they like to do it in person, or even over the phone.

Because in-branch contact was so popular, we wanted to know what reasons these students thought they might have for visiting one, now or in the future. 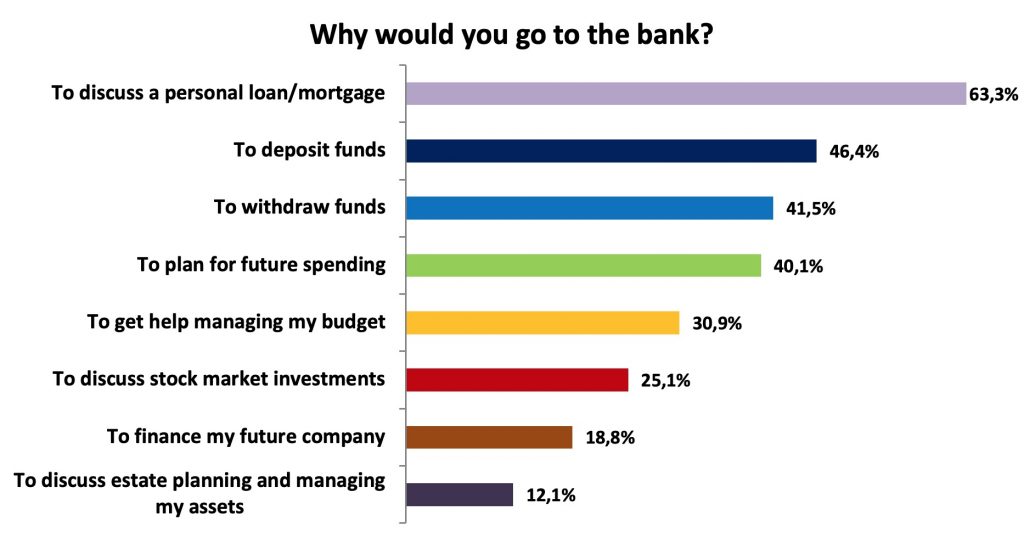 The most important feature

As a final question, we asked the students what, in their opinion, was the most important thing to look for in a bank. Was it innovation? Good pricing? Commitment to helping people or protecting the environment? All these were found to be important, but there was one thing that topped them all: security! 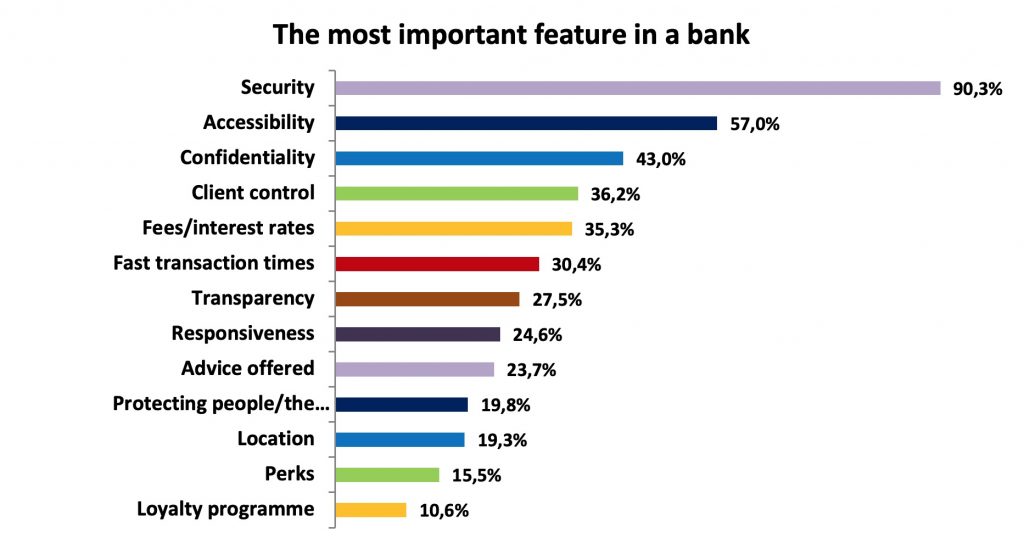 As stated previously, we can’t draw any sweeping conclusions from this survey. However, we can take away that the students we interviewed don’t necessarily want to go all digital all the time. Naturally, they appreciate banking being easy and accessible. But most of all, they’re looking for a reliable, knowledgeable institution to help them meet their future financial needs. And that’s good to know.