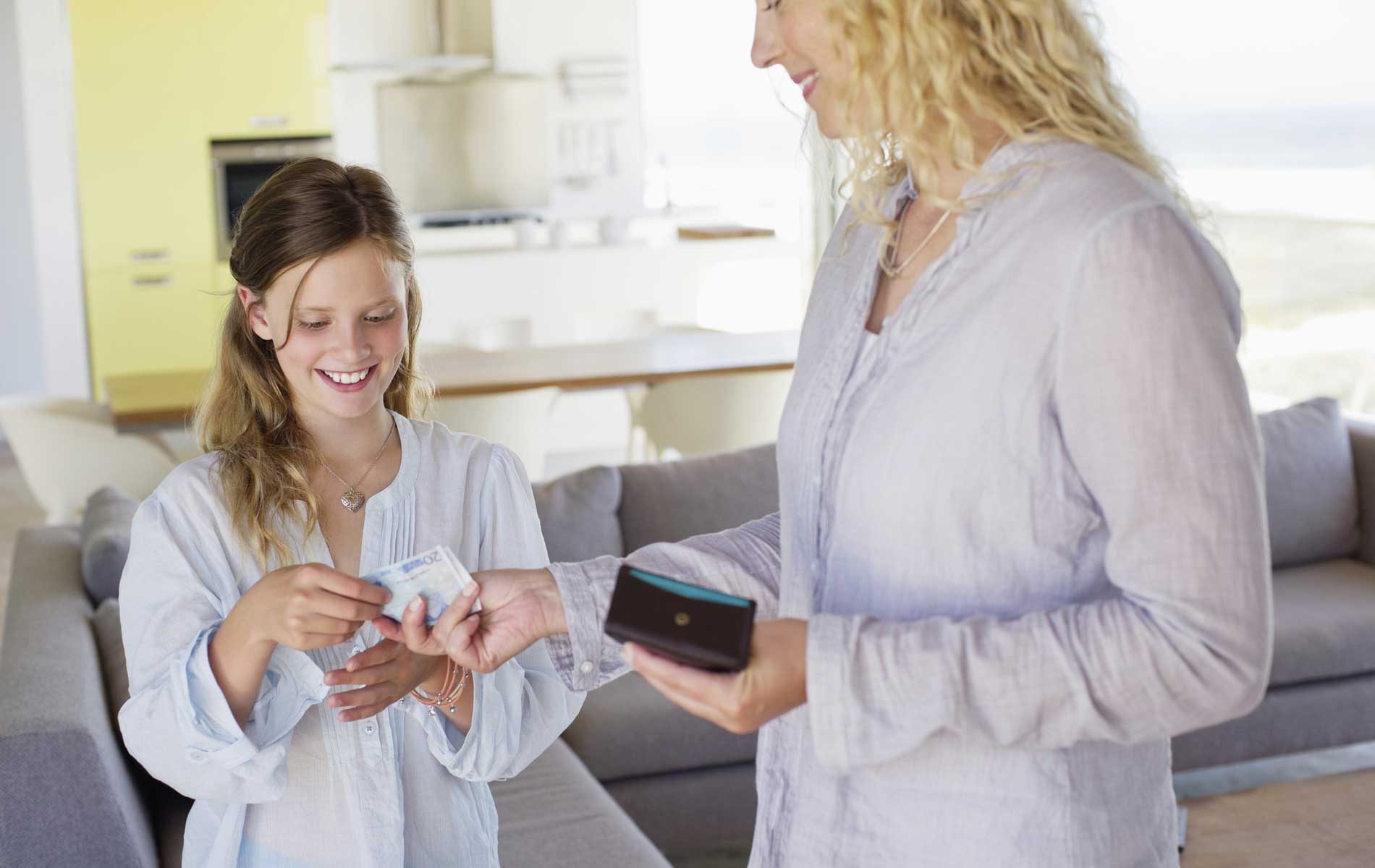 It’s the same for parents everywhere: how do I manage my children’s pocket money? Is it mandatory? From what age? How much? How often? Bank account or cash? There’s so many questions to think about, and while there’s no universal answer, here are some tips to help you find the right balance for your family.

Money management is a skill that you need to learn – you can’t just wing it. And in today’s highly consumerist society, it’s important to learn fast. After a certain age, we’ll need to use the skills we learn when we’re younger to manage our money in real life. That’s where pocket money comes in: you give your children an allowance that they get to use as they see fit.

Why give pocket money?

Let’s start by saying that there’s no obligation to give your children pocket money. That’s for you – the parents – to decide. But whatever your values, we can agree that money is important enough for us to care about and discuss it with our children. Moreover, it’s best not to let them wait for their first pay cheque to begin handling money… the results could be disastrous!

It’s important to remember that you shouldn’t just give your children pocket money to stop them throwing a tantrum because their classmate gets a lot every month, or because your mother-in-law says so. Pocket money shouldn’t be used as a form of blackmail or a reward for good grades either, which is in their own interest anyway. Giving pocket money is something that we should choose to do because it helps children to become more independent, to learn the value of money and the importance of saving, and to prepare for life in a society where money plays a key role.

If you need further convincing, 82% of parents give their children pocket money in Luxembourg.

Saving for your child is one thing – giving them pocket money to look after is another. So while it may seem silly to let a 5-year-old manage a budget, you can still give them a coin to put in their piggy bank or go with them to buy some sweets. Money management implies a solid grasp of basic mathematics (addition and subtraction). We often start giving pocket money around the age of eight or nine to teach children about money. Starting secondary school is also a good time to talk to your child about money and explain your choices in the matter.

Generally speaking, the amount should increase as your child grows older. And ideally, the more money you give them, the more responsibility they should be given, too.

This is another question that is down to you, and depends on your income, their needs and how much responsibility you want to give your child. Generally speaking, the amount should increase as your child grows older. And ideally, the more money you give them, the more responsibility they should be given, too. For example, a 12-year-old might be given EUR5 a week to use as they wish, while their 16-year-old sister receives EUR120 a month for going out and buying clothes.

The money should also be spent on things that are appropriate for their age: from sweets to magazines, movies, clothes and then going out with fellow students. According to an “old” study*, parents in Luxembourg give an average of EUR50 a week to their children over 15, and EUR10 to children aged between 10 and 15. This is significantly more than our European neighbours.

Again, for young children, a piggy bank is a fun and tangible way of teaching them to keep their money safe. Some banks  in Luxembourg offer deposit cards for children under 12 to teach them how to deposit savings in a savings account in their own name – with no withdrawal or payment facilities, of course.

Later on, in their teens, it makes sense to open a current account for them. This is an important step in teaching them about money. For instance, you could give them their pocket money in cash so that they can deposit it into their account themselves. And always encourage them to put money aside – that way, in six months’ time they might be able to buy that expensive video game they’ve had their eye on. You could also go halves on larger purchases to teach them the value of sharing the cost.

It’s easier to start by managing small weekly amounts before gradually reducing how often you give them pocket money but increasing the amount.

Apart from special occasions (birthdays, Christmas, etc.), handing out pocket money on a weekly or monthly basis seem to be the two most popular options. Remember that in general, the older your child gets, the more capable they are of looking ahead and planning their spending. It’s easier for them to start by managing small weekly amounts before gradually reducing how often you give them pocket money but increasing the amount. The main thing is to set a rule and stick to it.

What if their piggy bank is empty and they ask for more money? You would be doing them no favours by giving in. Stay firm and talk to them about how they manage their money. Give them advice to help them manage their money and, if necessary, set criteria and periods during which the rules can be reviewed (for instance, at the beginning of each school year or on their birthday).

If there are exceptional reasons for overspending, consider granting them an advance, while making them promise to repay this amount as soon as possible. Taking out a loan is also a learning process! Of course, this must stay in the family and not become a source of stress for your child. Try to keep it fun while teaching them a serious lesson. And don’t forget that you’re in charge and have the final say. Even if it’s “their” money, it’s your responsibility to strongly discourage, or even forbid them from buying anything dangerous or that poses a risk to health.

All in all, giving your child pocket money is not just a way of teaching them how to count, but also of teaching them more general values such as planning ahead, the concept of commitment, sharing, independence, and especially responsibility. It’s interesting to observe that some children are natural spenders whereas others are savers, even within the same family. Letting your child manage their own money is a way of helping them to take their first steps into adulthood.