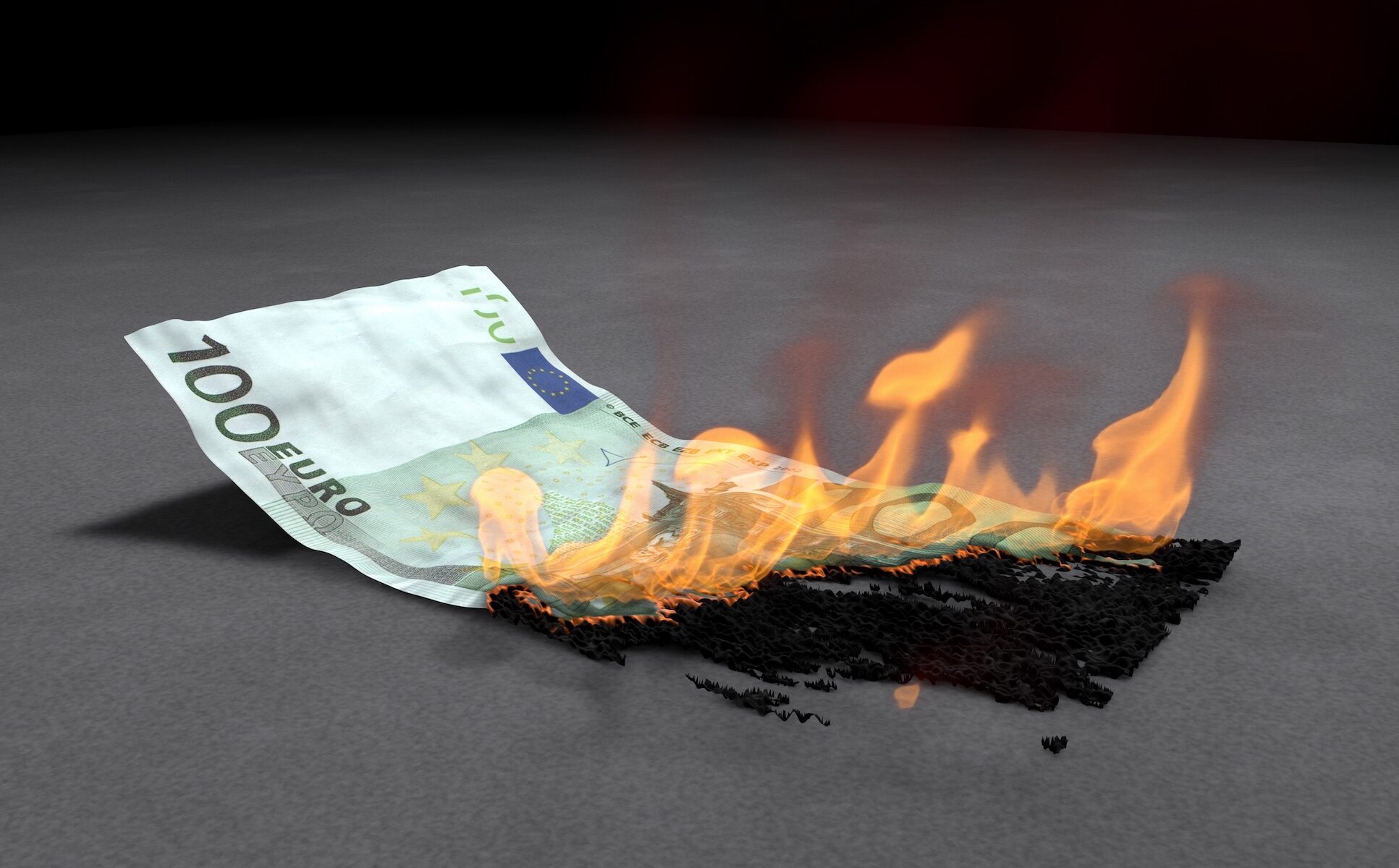 We all want to see our wealth grow throughout our lives. But letting our savings build up gradually over time is not the best option. “Money illusion”, a term first coined by the economist Irving Fisher in the 1920s, is a cognitive bias where inflation is ignored and money is wrongly perceived as having the same value year after year.

To begin with, the notion was highly controversial. Many experts did not believe people could delude themselves so spectacularly. In their view, people would always keep a rational head and think in terms of real prices, adjusting their salary and wealth expectations accordingly.

Over time, however, more and more economists subscribed to Fisher’s theory, and it is now generally accepted that many people do succumb to money illusion. Let’s think about it in numbers. If you were asked to choose between a 3% pay rise with inflation at 4%, and a 1% salary adjustment with inflation also at 1%, chances are you’d opt for the 3% extra cash. But you’d actually be choosing a 1% drop in real terms, leaving you worse off in the end. As consumers we tend to overlook this fact. We spend with that extra 3% in mind, boosting the economy in the process.

Companies and consumers both affected

The economists Eldar Shafir, Peter A. Diamond and Amos Tversky also studied money illusion and their research yielded some interesting findings. In a 1997 study, they showed how the illusion can have a huge impact on both companies’ and consumers’ behaviour in many different situations.

Take price stickiness, for example. The researchers found that the price of goods may slowly increase only once the factor costs have risen. Shopkeepers may hold off charging their customers more even when restocking their shelves has become more expensive. They refuse to believe that inflation is only short-lived but have no specific evidence to back that up.

The study also revealed that contracts were not indexed to inflation as often as would be expected. In the USA in 1886, for example, a 200 ml glass of Coca-Cola had a fixed price of 5 cents. Between then and 1959 the price barely changed, and even then any changes were only local.

If you hold too much of your wealth in cash, you may run out of money in retirement.

In theory, all payment plans should provide for an inflation-linked increase. Almost all central banks in developed countries aim for inflation of up to 2% a year. Yet astonishingly this trend is not automatically included in financial plans as often as it should be.

In countries where salaries are not automatically linked to inflation (unlike in Luxembourg), the costs incurred by businesses when expanding their workforce can even drop in real terms during higher-inflation periods. Theoretically, that would mean companies could employ more staff the higher the inflation rate.

Most tax systems have tax brackets, so different incomes are taxed to different extents. Yet these tax bands are not always increased in line with inflation. And when they are, there is always a time lag. In other words, companies may pay higher wages in higher-inflation periods, but employees may then come under a different tax bracket and have to pay more taxes overall. This may reduce the purchasing power of employees’ disposable income. And consequently a 2.5% pay rise may not necessarily offset a 2.5% jump in prices.

The nominal value of money is irrelevant. What matters is purchasing power.

Shafir, Diamond and Tversky also found that social discourse, particularly in the media, reflects the general confusion about “real value” and “nominal value”. And nowhere was this more apparent than in talk around saving. Generally speaking, private individuals still consider cash to be a safe option for gradually accruing savings – a fact reflected in media comments about savings products (low risk) and investments (high risk). This behaviour stems from the fact that the nominal value of cash in a savings account gradually rises or remains the same, which people see as reassuring as opposed to the fluctuating nominal prices of stocks.

You can boost your wealth much more effectively on equity markets – the dividend yield on shares alone is currently higher than inflation.

If we suffer from money illusion, we might also make irrational spending decisions. Take the euro. When EU countries launched the currency in 2001, an experiment in the Netherlands showed that donations to charitable organisations increased sharply. The reason? According to experts, Dutch people had been working from an approximate exchange rate of 2:1 between the guilder and the euro. In the end the rate was 2.2:1, and the population felt better off as a result.

In general, we should not let our emotions guide us when it comes to money. We need to remember that what really matters is our money’s purchasing power, not its nominal value. Keeping that in mind will allow us to maintain and increase our wealth long into the future.