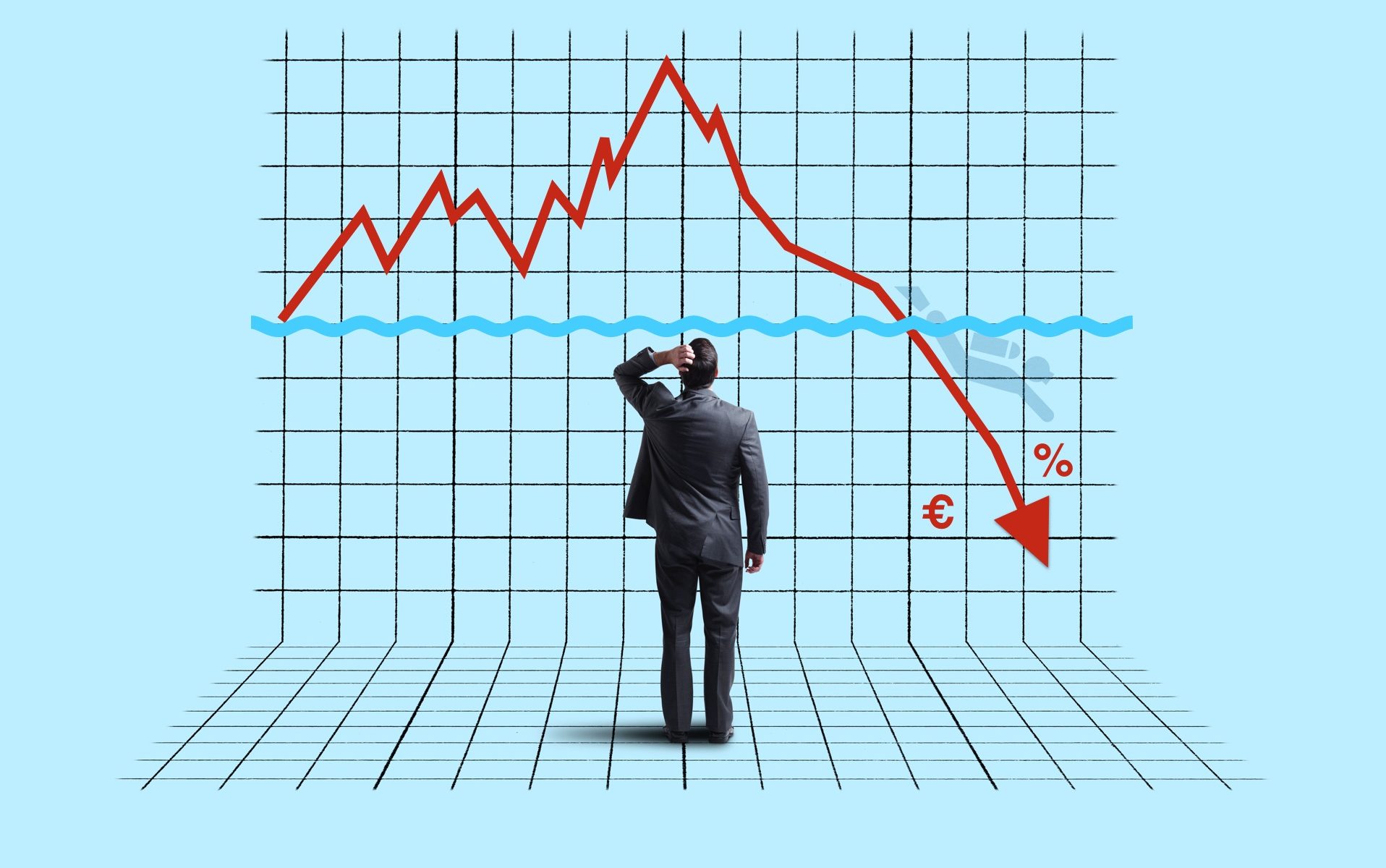 We generally associate savings with the money we have deposited safely in a bank account. And we always thought that the money put aside would increase gradually at no risk, as long as we didn’t touch it. But now this view of the world is being shaken by some financial institutions’ introduction of negative interest rates on savings. In other words, you may have to pay for your own cash deposits. How can this be, and how should you react if it affects you?

Could the money deposited in your Luxembourg savings account soon be affected by a negative interest rate? In short, yes! To understand why, you need to bear in mind that your bank makes money on the difference between interest rates on deposits held in its accounts and on the loans that it issues.

Basically, a bank’s traditional business focuses on facilitating the intermediation and transformation of money. On the one hand, the back collects short-term deposits on which it pays interest at a certain rate. On the other, it issues longer-term loans at another higher interest rate. By acting as an intermediary between depositors and borrowers, banks earn interest on the difference between the interest they receive on loans and the interest they pay on deposits.

This model works, as long as the difference between the savings rate and lending rate remains big enough for the financial institution to cover the risk of default on loans granted, and ultimately to turn a profit. When interest rates are low, bank intermediation margins are squeezed. In periods of negative interest rates, if these are not passed on to clients with deposits, margins drop into negative territory too. While banks can handle such a situation temporarily, it quickly becomes destructive over the medium term. The euro zone has been in this situation since June 2014.

Interest rates are not low: they are, in essence, negative for anyone saving in euros. And this could well last a while.

These days, each time there is a discussion about interest rates within financial and economic circles, it triggers a whole host of arguments about how low interest rates are. In reality, however, this is a misrepresentation of the facts. Interest rates are not low: they are, in essence, negative for anyone saving in euros. And this could well last for a long time yet.

With potential economic growth that only partially reflects the lack of demographic growth and an accumulation of public debt, central banks (and in particular the European Central Bank – the ECB) will have to remain very accommodative. Since the 1970s, central banks’ main role has been to limit the rise in inflation. Since the financial crisis of 2008, avoiding the spectre of deflation has also become a priority.

Despite the introduction of monetary policies based on quantitative easing and the massive repurchase of debt securities by central banks, inflation has largely remained a non-issue. Initially conceived as a temporary policy, the ECB’s decision to set the reference rate in negative territory in June 2014 was intended to stimulate demand and revive productive investment. Despite this, inflation has still not really broken through. It is actually the heart of the traditional banks’ business model that is being ripped apart.

Banks themselves do not set the deposit interest rate arbitrarily; the ECB determines it by steering its monetary policy with benchmark interest rates. Faced with the current situation, banks will have to react. Not so much to make more money, but to stop losing it.

How will banks react?

Faced with a negative benchmark rate, all banks are striving to reduce the cash deposited in their accounts. This is because it is now costing them money to place these funds with the central bank, instead of making them money as it used to. But how can they reduce this cash?

The ECB’s reinstatement of the quantitative easing policy in September 2019 has contributed significantly to the almost total erosion of the alternatives for traditional bank-based monetary transformation. Transforming maturities by reinvesting in longer-maturity bonds or transforming credit quality by reinvesting in corporate bonds has become almost impossible due to the drought of opportunities and prudential constraints. For banks, the hunt for positive returns now resembles an Easter egg hunt the day after it has started. Basically, there’s almost nothing left!

So banks have two options:

The first option is much more preferable, but it is the second that will gradually be taken if, as interest rates remain negative, banks are unable to drive enough cash out of clients’ accounts.

For savers, there is something rather disturbing about negative interest rates. Why would we put our savings in the bank if it is going to cost us money? In actual fact, this has happened several times in the past, even if most of us didn’t realise it. We fell for what is called the monetary illusion.

Records clearly show that the real return on savings has been negative on multiple occasions.

What does this mean? By spending less now in order to save, the idea is that you will be able to spend more in the future. Records clearly show that the real return on savings (net of inflation) has been negative many times. For example, if your savings return 2% over one year but prices rise by 2.5% over the same period, the real return on your savings is negative. In other words, the monetary illusion is believing that you must be richer because your account balance is increasing. Our example shows that this is not necessarily true. However, just because a situation is not new doesn’t mean we have to accept it.

What should savers do?

It is not for a site like myLIFE to tell you what to do with your savings. However, we would suggest that savers and investors take action sooner rather than later. Waiting for a possible rise in interest rates before taking action could result in a significant accumulation of opportunity costs. Denying reality is even worse. Negative interest rates are a fact and your bank could pass them on to you in the near or distant future if it hasn’t done so already. Maintaining a positive or zero return on conventional, liquid and risk-free savings products, costs financial intermediaries money. They cannot afford to subsidise savers indefinitely if their business is to remain viable.

Instead of suffering a negative interest rate, why not discuss your situation with your bank manager to look at the most appropriate solutions best suited to your plans and investor profile.

What should you do if you have a substantial amount of cash deposited with your bank? Instead of suffering a negative interest rate, why not discuss your situation with your bank manager to look at the most appropriate solutions suited to your plans and investor profile into account. Alongside savings and lending solutions, full-service banks also provide their clients with a professional range of alternatives to traditional savings. They have products and services that can ensure suitable diversification of your assets. Worth bearing in mind!