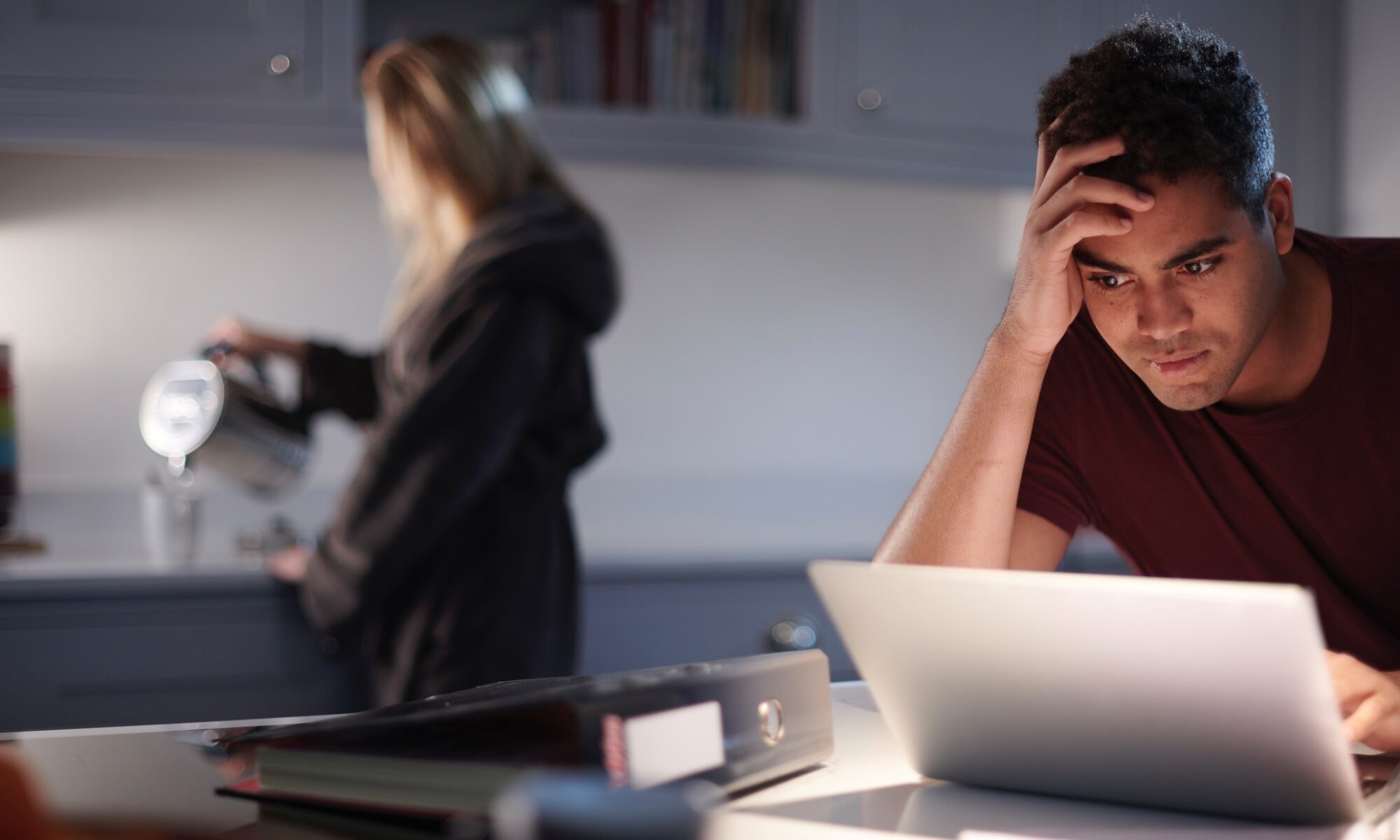 If you lose your job and find a new one that is less well paid, you may be eligible for temporary re-employment support, subject to certain conditions. This guarantees you 90% of your previous salary during the first four years of employment. Here’s everything you need to know.

47-year-old Thibault has been unemployed for three months and has just found a job with a Luxembourg company. This new job is a perfect match for his expectations as regards the type of position, working hours and company location. There’s just one issue – the salary is much lower than in his old job! His potential employer has indicated there will be real opportunities to gradually increase his salary. However, the starting level is a such a crucial issue for Thibault that he had thought about turning down the offer until he heard that he could apply for temporary re-employment support to top up his income. What does this mean? Is Thibault eligible and on what conditions? He needs precise answers before taking a decision.

What is temporary re-employment support?

This is a salary top-up provided by the Agence pour le développement de l’emploi (ADEM). It aims to encourage anyone who is unemployed to accept a job that is less well paid than their previous position, by guaranteeing 90% of their previous salary for four years.

The scheme was reformed in 2018 and is now subject to stricter conditions than in the past. Thibault must check whether his situation corresponds to the criteria set by ADEM.

Firstly, the new employment contract must be with a company located in Luxembourg. It must be a permanent contract (“CDI”) or a fixed-term contract (“CDD”) for at least 18 months or as replacement cover for parental leave. So far so good, Thibault has been offered a CDI!

Next, this support may be granted to employees on condition that:

NB: the previous position must have been in Luxembourg for at least 24 months prior to leaving, and the original company must have been declared eligible for re-employment support by the Minister responsible for employment issues.

Temporary re-employment support may also be granted to anyone previously receiving unemployment benefits on condition that:

Lastly, an employee applying for re-employment support when starting a new job must be registered as an employee with the social security bodies and have been approved by the occupational health organisation as fit for the position.

Good news! As someone in his forties who previously claimed unemployment benefits, Thibault meets the conditions and therefore has a good chance of being eligible for re-employment support.

Useful info: a cross-border worker registered with the social security system in Luxembourg who loses and then finds a new job in the Grand Duchy of Luxembourg is also eligible for re-employment support. 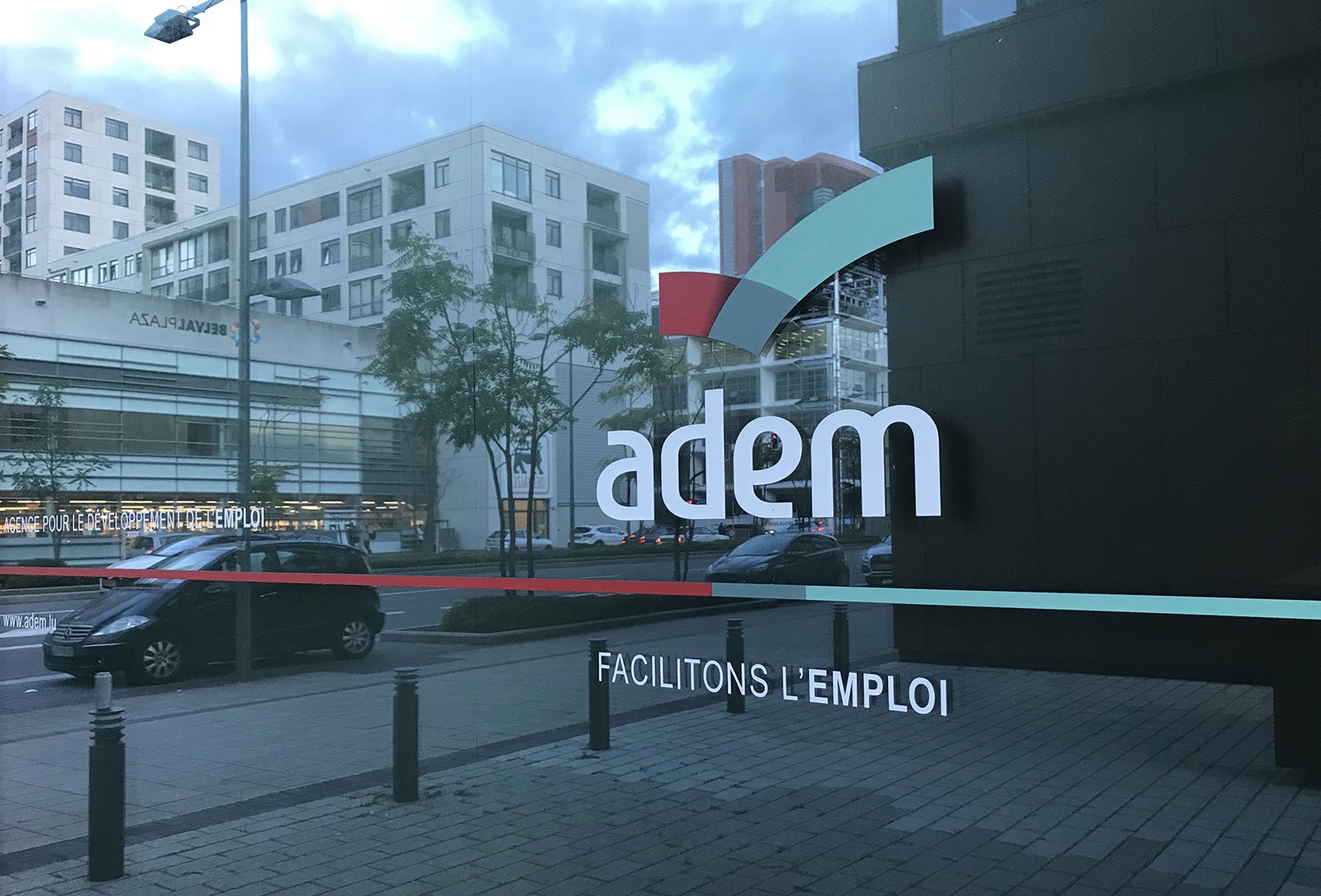 Re-employment support aims to guarantee that an employee who has found a new job will receive remuneration equivalent to 90% of their previous salary.

How high is re-employment support?

Re-employment support aims to guarantee that an employee who has found a new job will receive remuneration equivalent to 90% of their previous salary. In concrete terms, ADEM tops up the monthly salary paid by the new employer to 90% of the previous annual salary (one twelfth of any bonuses and the 13th month are included each month).

For other employees (laid off due to economic reasons, bankruptcy of the company, etc.), the calculation is based on the gross monthly salary received during the 12 months preceding the end of the employment contract.

NB: gross salary for the purposes of calculating the support is capped at 3.5x the minimum wage for unqualified workers, and the amount of support may not exceed 50% of the gross salary paid by the new employer.

Re-employment support is granted for a maximum of 48 months after starting the new job.

For how long is the support granted?

Thibault is eligible for re-employment support for a maximum of 48 months after starting his new job. This period will give his new boss time to gradually raise his salary to reach a level that better meets his skills. However, re-employment support may not be granted for longer than the period spent at the previous employer.

Support is granted for a continuous period. However, payment can be interrupted if Thibault reaches more than 90% of his previous salary, takes full-time parental leave or unpaid leave, or loses his job. If payment ceases, any unpaid monthly amounts are lost.

Useful info: if Thibault changes employer, he can continue to receive re-employment support if his new salary is less than 90% of his previous salary.

Re-employment support can be granted for an additional 48-month period, subject to certain conditions, but only if the request is made for a new company and the employee was made redundant on economic grounds.

How to apply for re-employment support

Thibault believes that he meets the conditions for temporary re-employment support and has accepted the new job. He has three months from hiring to apply for the support; an application is not possible after this deadline.

As Thibault was in receipt of unemployment benefits, he must apply to ADEM by filling in the “Re-employment support application form” and attaching all the requested supporting documents.

If he had been eligible for a different reason (e.g. an employee laid off for economic reasons, corporate bankruptcy, etc.), prior to submitting his request, he would also have to establish the eligibility of his previous employer by sending a registered letter accompanied by the reasons for layoff to the Ministry of Labour, Employment and the Social and Solidarity Economy in Luxembourg.

Whilst he is waiting for ADEM’s response, Thibault can prepare for his arrival at his new company to give himself the best possible chance of swift integration. We wish him the best of luck!