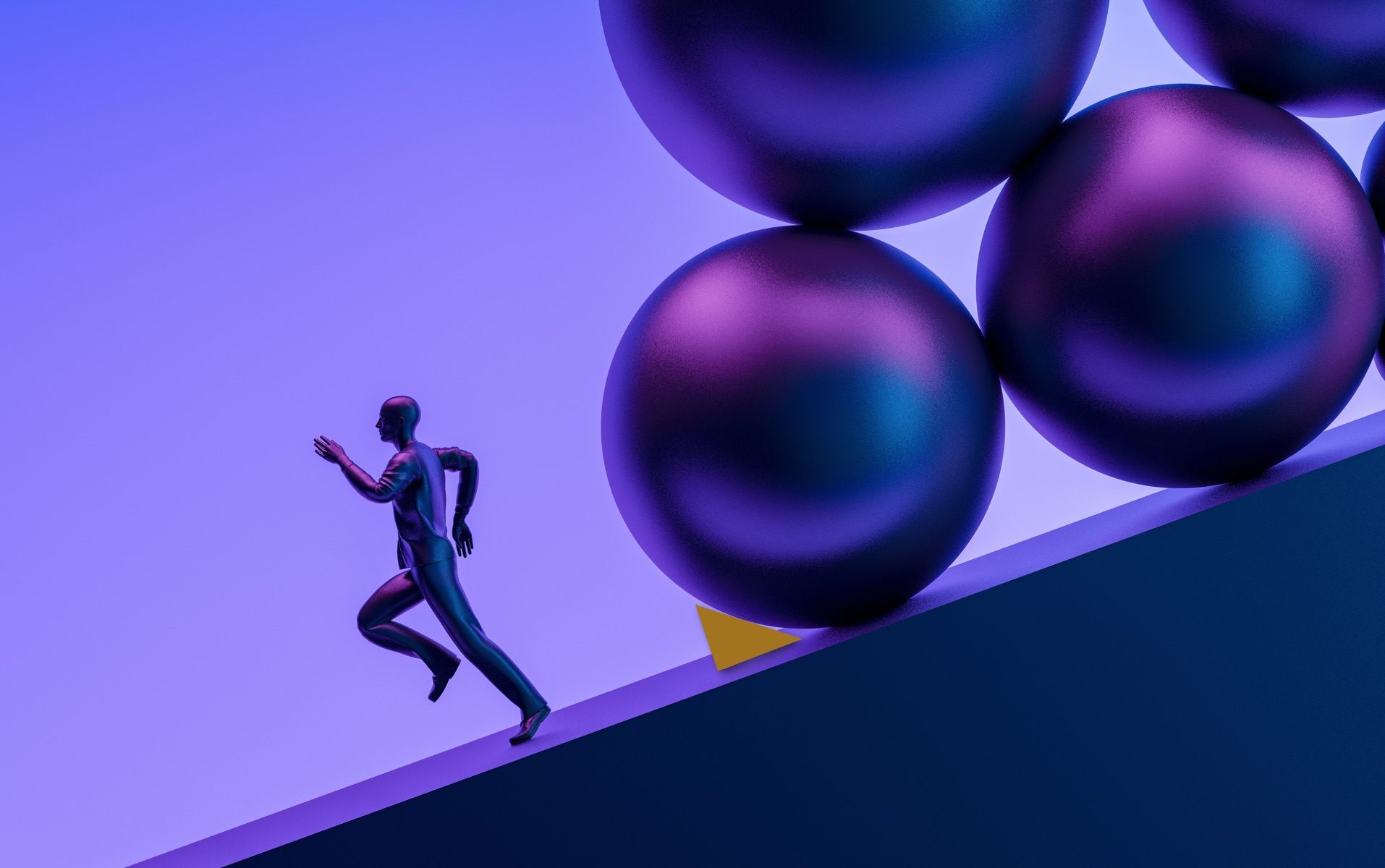 Risk aversion when investing should be a useful trait, protecting investors from the worst drawdown of securities markets and leading them to avoid bad investments. It is a perfectly rational response to the unarguable conclusion that people who have worked hard to earn their money don’t want to lose it. However, too often it keeps them invested in the wrong assets at the wrong time, leaving them poorer over the long term.

Risk aversion manifests itself in a variety of ways. First is an inclination to hold cash rather than invest in shares or even bonds. The latest BlackRock Investor Pulse, the largest survey of investors in the world, finds that people worldwide hold only around 55% of their savings in market-based investments.

The inclination to hold cash is a significant destroyer of long-term wealth at a time when interest rates are extremely low and cash savings mostly pay less than inflation. A sum of €30,000 earning no interest would see its real value fall to €20,200 over 20 years, assuming an inflation rate of 2%.

The inclination to hold cash is a significant destroyer of long-term wealth at a time when interest rates are extremely low and cash savings mostly pay less than inflation.

A second problem with risk aversion is that investors prioritise short-term capital preservation over growth. Since the global financial crisis, when equity markets lost around 40% of their value, investors have been wary of stock market investment and the associated volatility.

This has resulted in the growth of multi-asset funds and other investment vehicles that aim to reduce volatility while providing a return higher than cash. Intuitively, this may feel safe, but it may also mean that long-term capital doesn’t grow fast enough to provide a comfortable retirement, for example. Since 2008-09, stock markets delivered impressive total return. For long-term capital growth, investing in and staying in the markets while avoiding panicking is vital.

There are even strong arguments for investors taking greater risk in their stock market investments. Many equity strategies aim to minimise downside risk, and give investors as smooth a ride as possible.

However, research by Hendrik Bessembinder, a professor at Arizona State University’s W. P. Carey School of Business, has found that stock market returns are concentrated in a few high-growth companies – miss them, and you might as well be holding government bonds. According to Prof. Bessembinder, over a 90-year period more than 95% of companies in the US market delivered no value for investors.

He says all of the $35 trillion in wealth created by stocks that exceeded returns from Treasury bills between 1926 and 2016 can be attributed to just 1,092 companies, 4.3% percent of the nearly 26,000 stocks that have been traded in the markets. More than half of that $35 trillion came from just 90 companies, less than one-third of 1%.

This is a difficult piece of research for investors to digest. It means, in effect, that the key to expanding one’s long-term wealth is to identify these high-growth companies – even though they are likely to be volatile and may look expensive. These results also help to explain why poorly-diversified portfolios underperform market averages.

It is worth noting that Amazon was considered to be extremely expensive in 2000, when its share price was $80. End of December 2020, its share price was around $3,250 and has been even higher since then. This means investors need to set aside their risk aversion to obtain the maximum benefit from stock markets.

However, it also shows the desirability of a well-diversified portfolio, which increases the likelihood that some stocks within it will emerge as top performers. Investors also need to hold those stocks long enough to realise their true worth. This might be achieved by investing in a passive fund with a broad spread of stocks from the index, or picking an active fund manager considered to have a reasonable ability to pick future big winners.

We suffer losses far more profoundly than we enjoy gains.

Deep-rooted psychological traits underpin risk aversion. Behavioural economists say we suffer losses far more profoundly than we enjoy gains. Psychologists Amos Tversky and Daniel Kahneman developed prospect theory in the late 1970s to determine how individuals make choices between different outcomes – for instance, whether to buy an investment with the prospect of long-term gains but the potential for short-term losses, or to prioritise capital preservation.

Their research showed that investors tend to like certainty; people prefer certain outcomes and underweight outcomes that are only probable. This is understandable in the context of markets. The upside may be potentially high, but it is inherently uncertain. Cash and low-risk fixed income investments provide certainty. Investors will at least get your money back, even if its purchasing power has been diminished through inflation.

It is also worth noting that the perceived risk of the stock market is lower than most people believe – as long as investments are held for the long term. Recent analysis by UK-based financial adviser Willis Owen indicated that in only six periods out of a possible 281 in the last 33 years could investors have put money in the stock market for 10 years and lost out.

In general, these periods happened when investors put money into the stock market at its peak, just before a crash – January 31, 1999, for example, or just before the 2008-09 financial crisis. But otherwise investors did far better, with an average return of 139%.

In most cases, these – very rare – losses could have been mitigated by a strategy of investing monthly, rather than putting all one’s capital into the stock market at the same time. For example, the Dollar Cost Averaging strategy allows an investor to buy the same cash amount of an investment on regular intervals

Risk aversion can be the investor’s friend, but only to a limited extent. Misunderstanding of the level of risk in stock markets, as well as prioritising short-term capital preservation over long-term wealth creation, can leave them worse off. The data says the best approach for investors is to take more risk than they would do by instinct, and to persevere for the long term. Or even better to understand that risks could lead to opportunities while fears could lead to significant behavioural investment mistakes.