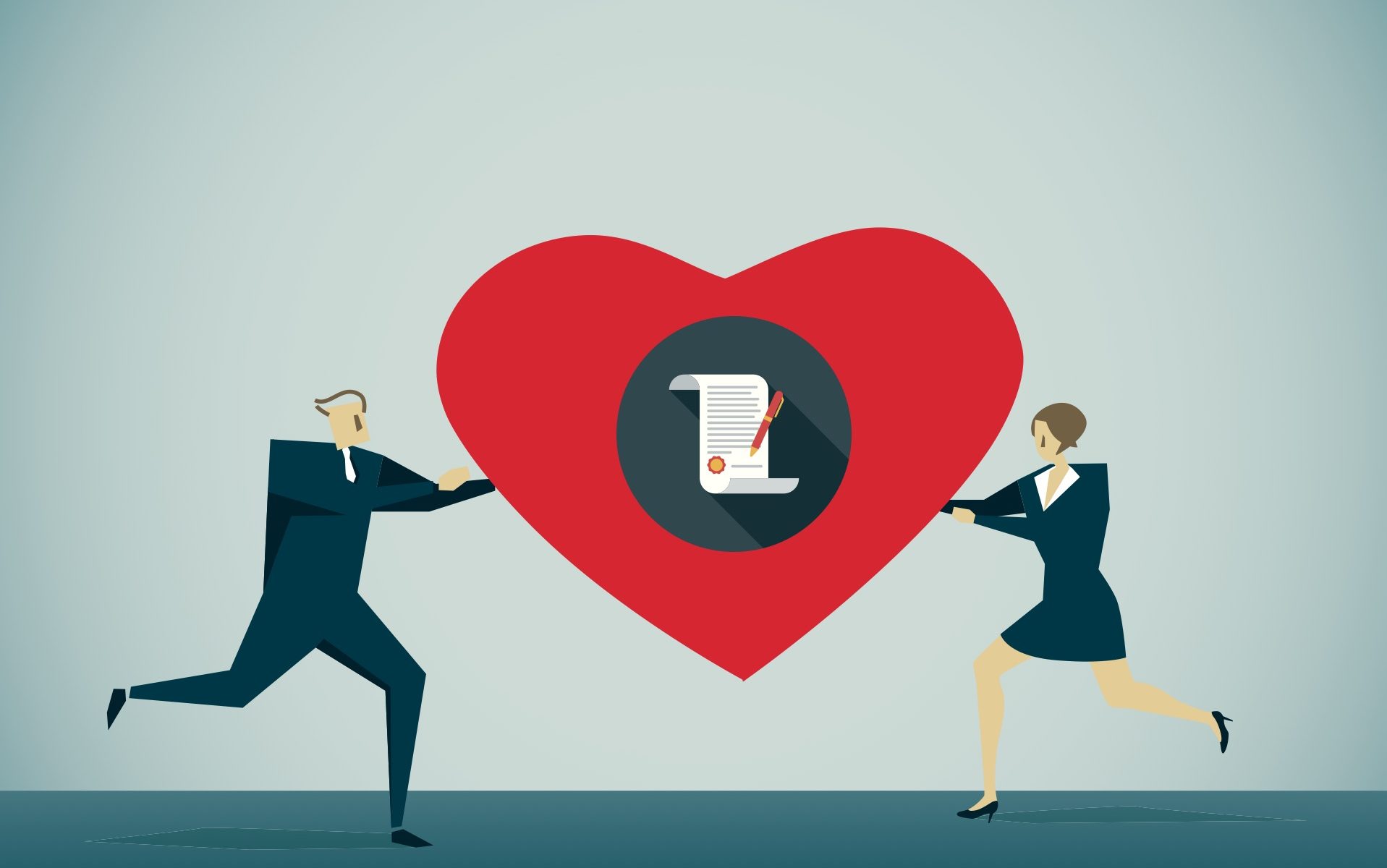 Getting married means deciding on a matrimonial regime. You should give this some thought, as it determines how property would be divided if the marriage were ever to come to an end. In order to make the right choice, it is important to understand the consequences of your selected matrimonial regime for the division of your assets.

While prenuptial agreements can take any form as long as they adhere to certain rules (e.g. legal order of succession), there are three basic matrimonial regimes in Luxembourg:

The equal division of property regime applies automatically when the spouses choose not to sign a prenuptial agreement. This regime distinguishes between two sets of assets:

If the marriage ends, then all property is divided up according to these two categories. For example, a home that you owned before the marriage would remain your own property. The same goes for assets that you receive through inheritance or as a gift while you are married. However, wages, and income from moveable or immoveable property that you receive, is shared – even when this income comes from individually owned sources.

To prove that you own an item, you will have to provide evidence of ownership, such as a receipt or notarised inventory.

In principle, there are no jointly owned assets under this regime. This does not mean that spouses under this regime cannot both own something (for example, if they each pay half for an item). Such property is considered indivisible.

If the marriage ends, assets that cannot be established as belonging exclusively to either spouse are deemed to belong to both spouses in equal proportion. The same applies to deposits in joint accounts. Each spouse retains sole liability for their debts, except as regards loans taken out for household expenses or the children’s education, for which both spouses remain liable.

In the event of divorce or death, spouses must only divide these jointly owned assets. Individually owned items do not have to be shared.

Under this regime, your individual wealth is limited to your personal affairs and rights, such as clothes and professional equipment. All the rest is shared, including debts.

If the marriage ends, then in theory, each party should receive half of each item included in the shared assets.

And of you ever want to change regimes? No problem. No matter which one you choose when you marry, once you have been married for at least two years, you have the right to change to another by notarised deed.