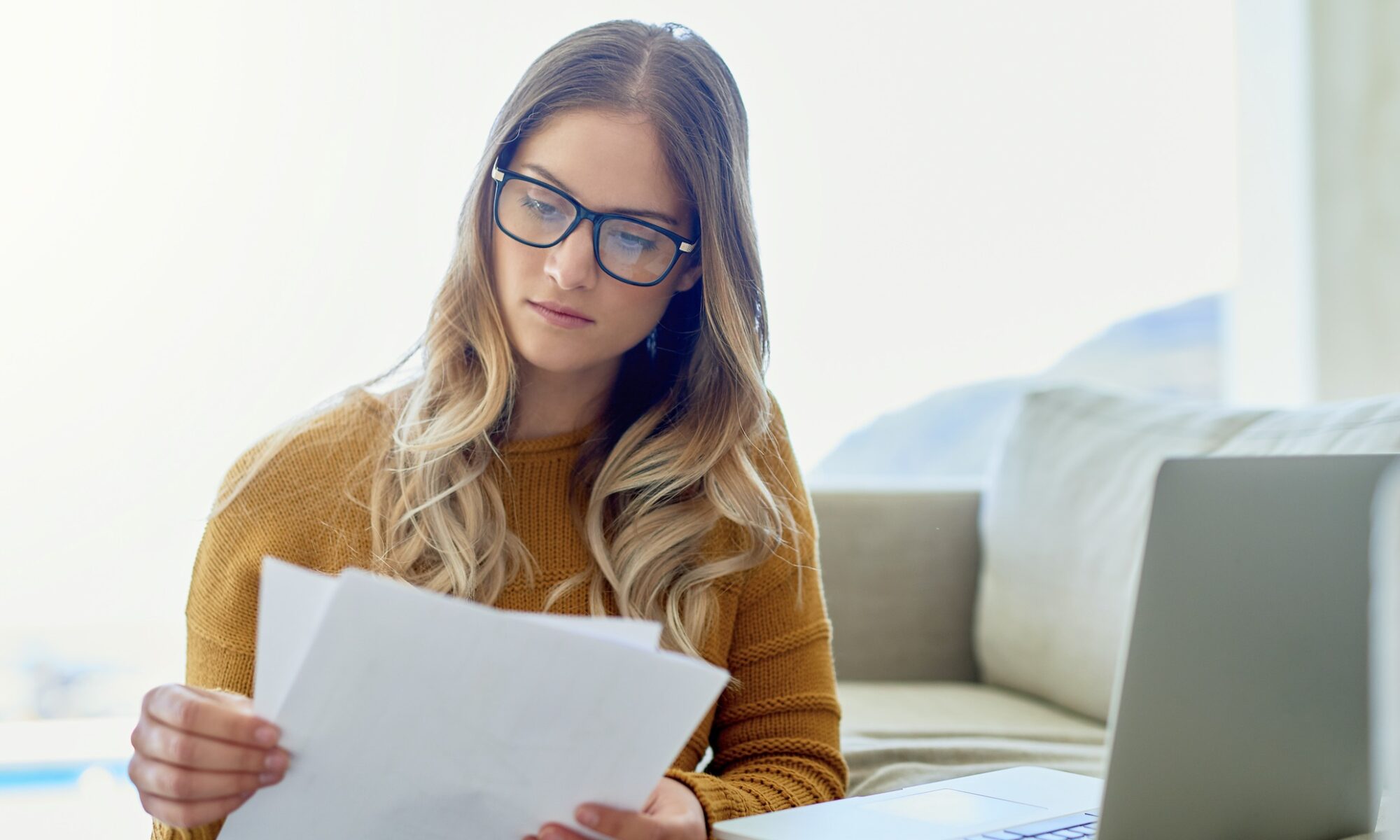 Celine is in her first job and proud to receive her first pay packet at the end of a month’s work. But wait a minute! The amount that has landed in her account is not as much as she was expecting. Evidently, her take-home pay is not what she earns (gross salary) but rather what is left after tax and social security contributions have been deducted (net salary). Here’s all you need to know.

At 23, Celine is young, free, single and innately passionate about graphic design. When she was hired as a computer graphics artist by a well-known marketing agency located near her home in the capital, she couldn’t have been happier. Particularly after she managed to negotiate a starting salary of €2,850 per month with a promise to review after a year if she has proved her worth! She was imagining parties and shopping trips with the girls, but then she received her first pay packet: €2,331.68 net. Talk about a damp squib! There’s no point waiting for the next wage indexation adjustment to make up the shortfall. Celine realises she’s going to have to manage her budget a lot more carefully than she’d thought. But first, she needs to understand how her take-home pay has been calculated.

In Luxembourg, we tend to talk about gross salaries when negotiating wages. In theory, this is an amount expressed in euro and paid 12 times per year. But before you sign on the dotted line, check that this amount does not include any bonuses or additional months’ wages that might be paid by your employer.

Celine’s shock comes from the fact that this gross salary is not the same as her monthly take-home pay. Her disposable income is her net salary, i.e. her gross salary less social security contributions, taxes (withheld at source) and long-term care insurance contributions. That’s what Celine sees on her payslip. Basically, ignoring any tax credits, deductions or exemptions:

After using an online salary calculator, Celine begins to see where she has gone wrong. But she still doesn’t get why the social security and long-term care insurance contributions make such a big dent. Totalling around €350 a month, they account for more than 12% of her gross salary! And when you add taxes on top of that, there’s an 18% difference between gross and net. That’s a lot of money!

The social security contributions made by Celine each month help to finance the social security of the country, the aim of which, according to the official website of the Grand Duchy of Luxembourg, is to “sufficiently protect any person against a certain number of eventualities likely to impair or permanently end their ability to work, to impose additional charges on them, to leave them in need as the surviving spouse or to reduce them to a state of dependency”.

Whether you are ill or disabled, unemployed after being dismissed, on maternity leave, have dependent children or are retired, the State is able to step in thanks to the social security contributions paid by Celine and many others, namely:

Is this a lot? That’s not for us to say, but we should cautiously add that these percentages are unlikely to be sufficient in the long term if Luxembourg wishes to maintain its current welfare payment levels. Faced with a growing ratio of beneficiaries to contributors, the current model is barely sustainable in the eyes of certain experts. That’s partly why the Luxembourg government is offering its citizens tax incentives to enter into private pension agreements.

In Luxembourg, taxes are directly withheld at source. This means that you do not need to file a tax return if you meet certain criteria that myLIFE has already covered elsewhere. Paying tax is required of all salaried employees so that everybody contributes to these expenses. Everyone has the same obligation in this regard. However, not everyone pays tax at the same rate. When the State decides how much people should contribute to its expenses as a proportion of their income, it does so according to the principle of fairness rather than equality. In concrete terms, this means people who earn more will also pay more (in absolute terms and proportionally) than those who earn less.

In Luxembourg, the rate applied depends not only on your income but also on your family situation, which determines your tax band. There are three tax bands: 1, 1a and 2. Since she is single and has no children, Celine is in the highest tax bracket: band 1.

At least she now knows where she stands, and Celine is ready to prove herself and pull out all the stops at work so she can negotiate a raise in a year’s time on the front foot. Now that will be a net gain!

1 The basis for the long-term care insurance contribution is actually gross salary less an allowance equal to a quarter of the minimum wage for an unskilled worker aged 18 or under. This allowance is also prorated according to the number of declared hours out of 173 hours, if the period of service with a particular employer is less than 150 hours in a calendar month.