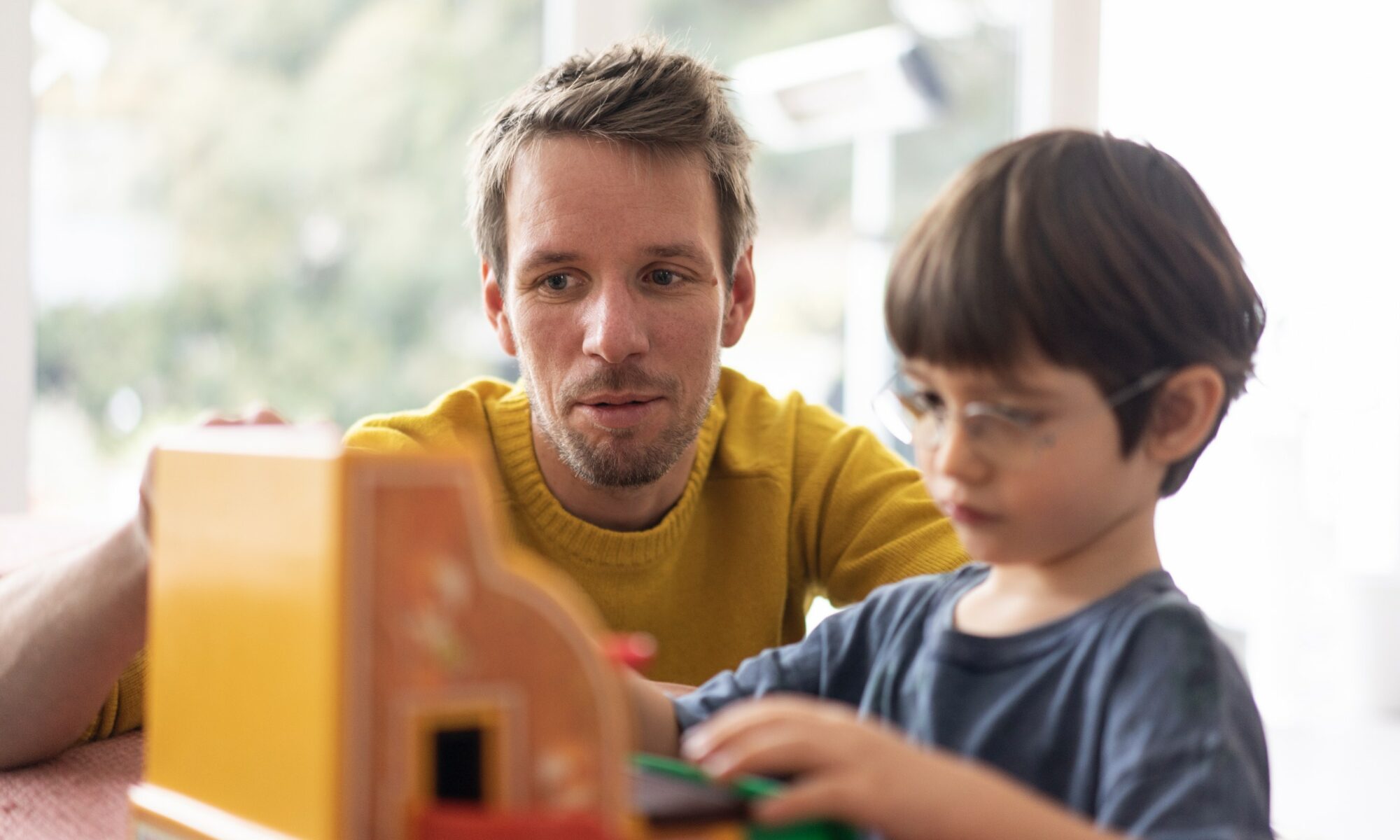 Are you like most parents, who think that there’s no point in talking to your children about money matters until they’ve reached the age of reason, i.e. around seven years of age? What if we’ve got it all wrong, and most of their financial habits are learned much earlier? myLIFE wanted to examine the issue in more depth.

Before age seven, children are usually unable to develop complex behaviours such as patience or performing analytical and abstract reasoning. So why try to explain to them how money works or how to budget? Indeed, this doesn’t make sense, but maybe we’re asking the question in the wrong way. Who says that long speeches and complicated arguments are necessary to instil good money habits? The key is knowing how to do it and understanding that environment plays a crucial role in how our habits are formed. And there are studies to prove it: the sooner you start, the better your child will develop good financial habits.

Now’s the time to stop putting it off and get started. But before we give you practical advice, let’s explore this difference between education and environment. This will give us a good understanding of why your children need practical experience first rather than theoretical talk! We will see that it is the context in which your children are situated and consequently the environment in which you will see them develop that matters most. Objective: foster the right habits as early as possible.

The lack of financial education, among adults and children alike, is now acknowledged to be a global blight.

The lack of financial education, among adults and children alike, is now acknowledged as a global blight, leading many people to put themselves at risk by mismanaging their finances. In doing so, they jeopardise their future chances of success and deprive their families of the financial security that their money should guarantee them.

To remedy this problem, many projects have been initiated by international, national, and local financial organisations. In Luxembourg, we could mention Lëtzfin, whose mission is to teach consumers and young people how to manage their budgets better and, in particular, to avoid the excessive indebtedness that persists even among well-off households. BIL’s myLIFE platform is also part of this drive to help you better manage your daily finances and bring your private and professional projects to fruition.

These initiatives are very beneficial and in the public interest. Yet no study to date has demonstrated the true long-term effectiveness of financial education in the form of unalloyed, academic teaching. Why? Because there’s a stark difference between knowing and doing! The first is necessary, but it does not automatically lead to the second.

There’s a stark difference between knowing and doing! The first is necessary, but it does not automatically lead to the second.

For example, you know that cake you yearn for won’t do your figure any good, but that doesn’t stop you from craving it and maybe even eating it. If you’re used to favouring immediate pleasure over future consequences, education won’t carry much weight. The same goes for smokers who struggle to kick the habit, despite the fact that there is no doubt about the harmful long-term consequences of tobacco. The situation is no different with money. While financial education is essential, environment and habits also play a major role. So this is where action should be taken, in the case of adults and children alike.

Recipients of financial education are better equipped to understand the causes of their money problems, but they still have their irrational side. If they are not careful, this sometimes prevents them from consistently putting into practice the education they receive. Procrastination, the appeal of instant gratification, lack of self-control and the cognitive effort often required to permanently change habits remain make it difficult to implement the lessons learned on a daily basis.

As a loyal reader of myLIFE, you know that adopting good habits does not come naturally. Our cognitive biases and our emotions sometimes play tricks on us. Thus, even a sensible adult concerned with managing their finances properly must face a number of challenges, such as the temptation of immediate spending at the expense of savings or the desire to make copycat investments without asking themselves whether this really suits their life choices.

If self-discipline is already difficult for an adult, won’t it be even more so for a child? Not really. While the scope is different, the mechanisms to be forestalled are much the same.

Your children’s reactions aren’t very different from yours. They just apply to situations that are specific to their age.

Adopting good money management behaviour is part of education, but also very much about habits. In fact, on closer inspection, your children’s reactions aren’t very different from yours. They just apply to situations that are specific to their age.

Have you ever wondered why that lost cuddly toy, replaced by an identical one, failed to dry your child’s tears? The answer is simple: your child is affected by the endowment effect or dispossession aversion. In short, they place more value on what they own than on what might be offered as a replacement. In the end, it’s not that much different from an adult who stubbornly refuses to “let go” of long-held stocks, even though their price keeps on falling. Emotion prevails, even though education tells us we should come to terms with the loss and move on.

And why does that new tractor you bought for your son not satisfy him? Why does he constantly tell you about the much nicer one his classmate has? In reality, your child is simply influenced by benchmarks. He isn’t assessing his needs rationally, instead constantly comparing himself with his peers. It might sound childish to you when it’s about his tractor, but is it really any different from wanting to change your car because the neighbour has just bought himself a brand new model?

Admit it, you’re not blameless, and you feel rather uncomfortable when it comes to money matters. It’s tempting to dodge the issue and bring it up with your children when they’re older, isn’t it? Not a good idea!

Act before the age of seven

Your children are not more or less rational than you. Actually, they start off with a big advantage over us: they don’t have any bad habits to unlearn! You therefore have the power to greatly influence their future financial behaviour. Besides, several studies maintain that children are eager to understand how money works. And the sooner the better!

Adults’ financial habits are formed as early as the age of seven!

Children’s money habits and attitudes are formed much earlier than the vast majority of people think. Research by David Whitebread and Sue Bingham of the University of Cambridge indicates that adults’ financial habits are formed as early as the age of seven!

After this age, it becomes much more difficult to change acquired habits. This is why delaying teaching about money matters does not always have the desired effect. All is not lost, however, and it is always possible to obtain good results at a later date. However, it will take a lot more effort to “reprogramme” their attitude to money. All these arguments amount to emphasising this conclusion: it’s best not to put it off! If you are looking for practical advice on how to go about it, it might be useful to consult the “Finance explained to children” myLIFE article.