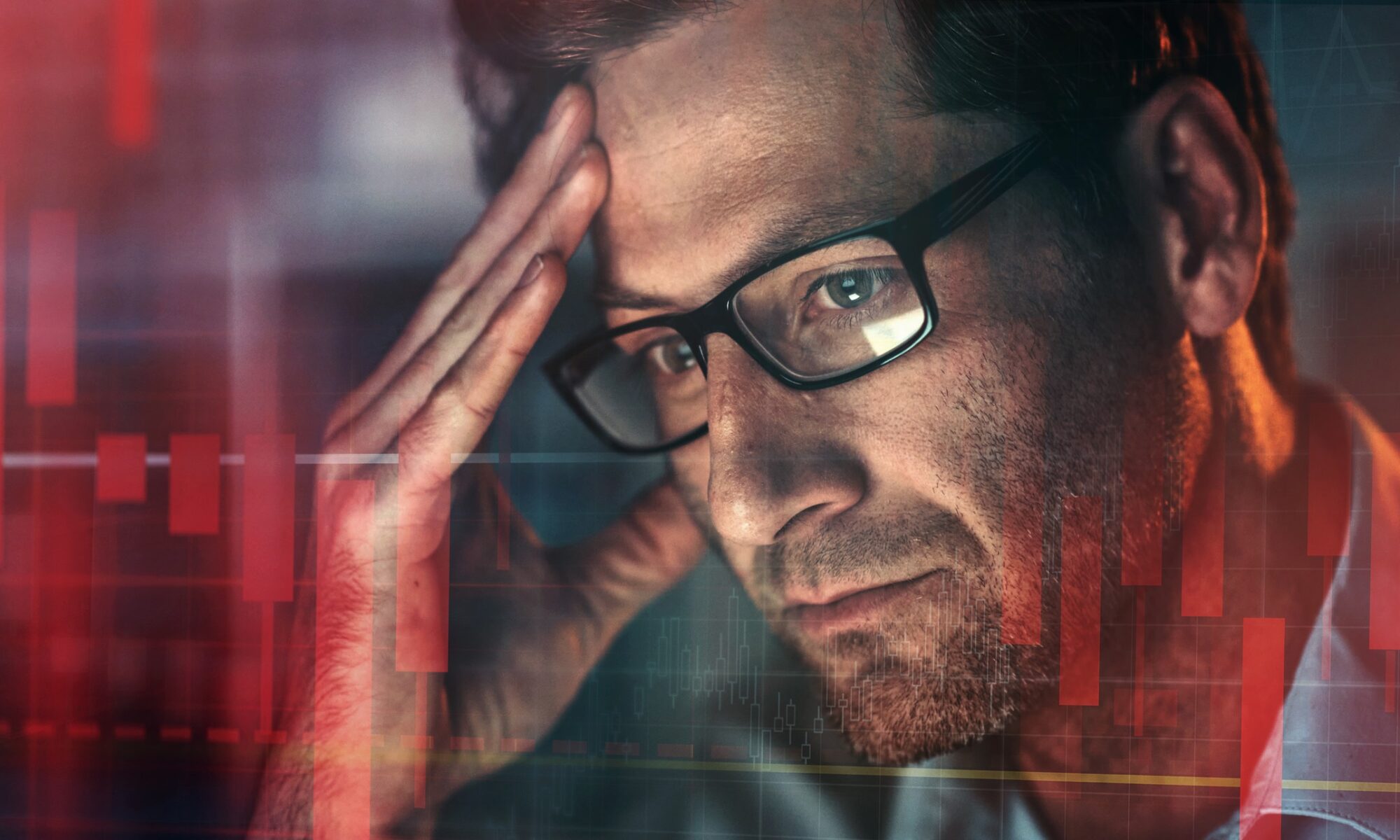 Hollywood has presented traders as people with oversized egos, ruthless, profit-hungry, excessive and often detached from the real economy. Today, we find them fascinating, disturbing and even dislikeable – in the collective imagination they represent all the excesses of the financial world. But the reality behind the caricature is quite different. myLIFE looks at traders and the cognitive biases they must be aware of in order to succeed.

The reality of life as a trader is a far cry from the brilliant, arrogant and hyped-up overachiever who is quick to go against his superiors and take THE winning bet on the stock market floor. What’s more, it’s a long time since traders jostled on the trading floor shouting and waving sheafs of paper. They now trade from behind rows of screens in the muted trading rooms of banks and part of their work is automated. And yet, certain myths persist. And it’s worth mentioning these if only to warn investors about certain stumbling blocks they should try to avoid.

Say “greed is good” and most cinema-goers will immediately make the connection with the famous Oliver Stone film, Wall Street, which became a symbol of the heyday of the financial markets. The film suggests that the trader is greedy and that this leads to his downfall.

Greed is the excessive desire for profits that can affect our reason and judgement.

According to the CFA Institute, there are two main sources of errors that can make traders behave irrationally in markets: greed and fear. Greed is the excessive desire for profits that can affect our reason and judgement. For example, greed could lead a trader to remain invested for too long in positions that are losing money, or to take positions that are extremely risky and speculative to take advantage of market movements.

In contrast, the fear (of losing) could result in a trader closing a winning position too early in order to avoid exposure to potential future losses. It is this very feeling of panic that causes some of the massive sell-offs that occasionally occur in markets without any rational justification from economic fundamentals.

Taken at face value, these descriptions are likely to reinforce the beliefs of those who blame traders for excessive market movements or see them as the solely responsible for stock market crashes. But it isn’t as simple as that.

It’s worth remembering that the sub-prime crisis happened when finance had supposedly entered a rational era with the modernisation of systems and financial tools, an era based on analytical models developed by doctors of physics and mathematics. History has shown that the algorithms and opaque financial products financiers created were so complex and rational that they were unable to properly take into account interaction with the irrational behaviour of human beings. The analytical models therefore underestimated the risks and led their users to take totally blind decisions.

Markets are far from being as rational as we believe or would like them to be. They are a distillation of the stories, fantasies, fears and excitement of a multitude of individuals, each subject to a multitude of emotions and cognitive biases. This is the concept of “narrative economics” identified and documented by the winner of the Nobel Prize in Economics, Robert J. Shiller.

Financial markets are basically social structures where individuals interact with each other to set the price of assets.

Financial markets are basically social structures where individuals interact with each other to set the price of assets. These prices reflect opinions about or bets on the future, which are, by their very nature, uncertain. This uncertainty necessarily generates strong emotional responses, both positive and negative. Put simply, the process of valuing assets is complex. It depends on forming an opinion based on available information whilst trying to anticipate the impact of what we don’t know. That’s a tall order! And another point to bear in mind with investing is that it’s not enough to be clearsighted and analyse the situation rationally, you also need the financial market to reach the same conclusion – ideally not long after you.

This makes it easy to understand why narrative economics spread like wildfire in markets, particularly as pure trading has a short time horizon. Speed is of the essence. Whilst risk can be calculated and assessed statistically, it is impossible to calculate the uncertainty that is closely linked to these narratives and emotions that engulf markets.

10 cognitive biases that traders must control

In response to this irrational element in markets, it’s reasonable to assume that a person with a certain level of intuition and expertise, who knows their own faults, emotions and potential errors of judgement, is well-placed to steer a course between rational analysis and the emotions caused by uncertainty. A sophisticated economic agent is not therefore a purely rational agent (that doesn’t exist), but an agent who is fully aware of their own cognitive biases and those of others. These biases are not a weakness if traders know when they can trust their intuition and when they should rely solely on rational analysis. To help you identify any weaknesses you may have, here are 10 cognitive biases that seasoned and novice traders alike must master.

Hot hand fallacy. You’re on a winning streak and exhilarated by the belief that you have the Midas touch, you continue to take risky, and indeed increasingly risky, positions. Statistics cannot predict when luck will run out and you are letting yourself be carried away by an irrational view of things. Be careful – a winning streak can end at any time.

The Monte Carlo fallacy or the gambler’s fallacy. This is the other side of the coin. You are losing money on a number of positions, but you tell yourself that things cannot keep getting worse. You therefore decide to bet on the same stocks time and again, believing that the tide will turn soon. Unfortunately, maybe it never will or not for a very long time, and you will be left with very heavy losses that you may never recoup.

Attribution bias is the tendency to attribute successful trades entirely to your expertise or intuition, but never to question your judgement when you lose.

Attribution bias. This is the tendency to attribute your successful investments entirely to your expertise or intuition, but never to question your judgement when you lose. You always find an excuse or someone to blame for your failure. It’s worth remembering that if you don’t learn from your mistakes, you’re likely to repeat them.

Disposition effect. This refers to the tendency to hold onto falling stocks for too long and to sell rising stocks too early. This bias is endemic among professional traders and it is an indication of emotional behaviour rather than rational behaviour. Realising profits enables us to maintain a positive self-image, whereas realising losses forces us to admit our mistakes. A trader influenced by this bias will unconsciously postpone the unpleasant moment when the loss is recognised in the trading book, preferring to run the risk of aggravating that loss.

Loss aversion. The physical or psychological pain felt in response to losses is much greater than the pleasure generated by the same level of gains. We will therefore do everything to avoid losses, and even take irrational risks. In the nineties, it was in part this bias that pushed the famous trader, Nick Leeson, to take ever riskier positions in the hope of covering his losses in the markets. This resulted in him ruining his employer, the British bank, Barings Bank.

Confirmation bias. If we are always on the lookout for confirmation that we are making the right choices, we lose sight of what the market is actually saying. We dislike people and information that contradict our beliefs, and like those that confirm our convictions. This results in a tendency to give more weight to information that confirms our own position. This is an insidious bias. As we give more and more weight to things that confirm our beliefs, we become more confident that our decisions are taken on a sound basis and we may lose sight of the real direction of the market.

Overconfidence bias. The overconfidence bias is an amalgam of a number of biases that often pushes traders to overestimate the impact of their own skill in a successful trade, and to underestimate the role of luck that is always present in an environment of extreme uncertainty. The upshot may be a tendency to take ever more risky positions or to ignore any signals that caution is required.

Retrospective bias. It’s human nature to want to feel well and forget about bad experiences. Our brain tends to rework its memory of past events, and act as if these were much easier to predict than they actually were at the time they occurred. We therefore wrongly believe that it will definitely be possible to see what’s happening and take the right action promptly the next time.

Bandwagon effect. This describes the tendency for professionals to act in line with their peers, even if not convinced that it’s a good idea. Although analysing charts and graphs may suggest one approach, a trader may decide to prioritise a different approach solely because that’s the consensus view. But it’s worth bearing in mind that the individual can always be right and the majority wrong.

We have one last bias that we need to consider before ending this article.

Blind spot bias. Maybe you found this an interesting article and have read it carefully. Maybe it immediately brought to mind one or two people you know who are victims of some of the biases discussed here. Maybe you’re looking forward to explaining this to them. But you don’t think any of this applies to you. Do you really think you are much more rational than your colleagues or friends? Watch out for the blind spot bias that stops us recognising our own cognitive biases. Consider yourself warned!